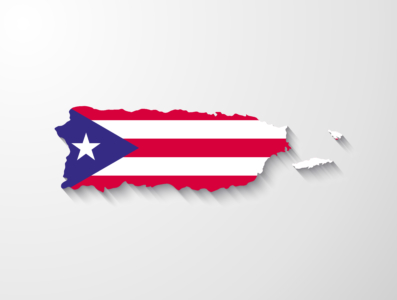 What’s overlooked in Puerto Rico’s debt crisis is how so much of it can be tied back to a dangerously fossil-fuel dependent and debt-laden electricity system. The bill that Congress passed—and that President Obama signed into law last week—ignores dangerous flaws in makeover plans for the island’s utility, which would only worsen Puerto Rico’s dire economic situation.

The Puerto Rico Electric Power Authority is deep under water, to the tune of $8 billion. That is about one-eighth of the overall $70 billion in Puerto Rican public debt the rescue package is focused on, but it carries an outsize impact on the commonwealth’s economy.

Affordable electricity is fundamental to contemporary commerce and modern life. Road maintenance can incur delays without bringing an economy to its knees. Construction can be put off without dreadful consequences. But the lights must remain on—at an affordable price—if Puerto Rico is to remain a functioning part of the United States.

Puerto Rico’s debt comes in 11 varieties. The three biggest components are bonds issued by the Puerto Rico Sales Tax Financing Corp. ($15.2 billion), general-obligation bonds ($12.6 billion), and the power authority ($8 billion).  Wrapped up in the thinking around how to reverse the island’s debt crisis is a deeply misguided refinancing of the power authority that gives bondholders a blank check and remakes the island’s electricity system into one almost wholly reliant on imported natural gas.

This move risks pushing Puerto Rico into further economic decline. Swapping oil dependence for natural gas dependence ties Puerto Rico to the same kind of market actors and market volatility that have plagued its utility for years. Electricity rates in Puerto Rico are already among the highest in the U.S. (only Hawaii’s are more expensive). Our research shows that switching from oil to natural gas would be even more expensive. While natural gas is a cheap fuel right now, the cost of building the power plants and transport infrastructure is massive. Plus, natural gas is a commodity that is subject to wide swings in price.

We estimate that by replacing oil with natural gas, the price of electricity will rise by 50 percent over the next five years. Such an increase would eviscerate small businesses and household budgets, to say nothing of the damage it would do to manufacturing, including significant textile, pharmaceutical and petrochemical production. What’s more, we foresee huge missed fiscal savings in the legislation, which merely kicks the can down the road.

The power authority debt and debt-service reductions are modest at best. Although the power authority is claiming a debt reduction of 15 percent, that’s only on portions of the debt; the actual overall savings on principal would be less than 1 percent. Actual debt-service costs will rise under the bill. And the deal was dogged by an absence of transparency that served to keep it largely in the dark.

It is worth emphasizing that an undisclosed amount of the utility debt in question is owned by hedge funds and other institutional investors. Some bought it at a discount and stand to profit once they sell. The main beneficiaries of the restructuring will be the fleet of lawyers and money managers attached to the refinancing. Wall Street will win again, as it has for the past 15 years, a time in which is collected $900 million in fees on bond sales to Puerto Rico.

The irony in the Puerto Rico debt story is that the island is blessed with abundant sunshine, a resource that is all but ignored in the plan to switch the power authority from its current imported-oil-dependent grid to one tied almost completely to imported natural gas.

Indeed there is inexplicable and staunch institutional resistance in Puerto Rico to harnessing solar energy, which is now cost-competitive with traditional electricity-generation and spreading globally. A report we published in September shows how a new mindset among elected officials and utility managers would help right the ship.

It’s not too late to incentivize the utility to diversify its energy mix beyond natural gas and protect Puerto Rico’s long-term financial future. Any plans should also force bondholders to drop the debt to a level that is line in with the utility’s ability to pay. Wall Street has benefitted enough off of Puerto Rico.

Tom Sanzillo is IEEFA’s director of finance. This commentary first appeared, this week, on The Hill Congress Blog.

U.S. Puerto Ricans Have the Clout to Steer Puerto Rico Toward a Modern Energy Policy

Opportunity for a New Direction for Puerto Rico’s Electric System