IEEFA Australia: Queensland government about to make poor economic decision on Adani mine 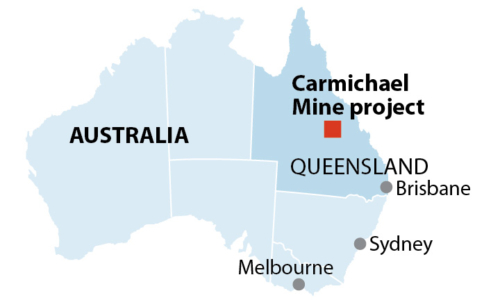 When a product is becoming obsolete, you don’t buy it. You look for alternative products that do the same job, or new innovations that help you stay relevant, up-to-date and competitive in a fast-changing world. Think fluoro to LED lighting, desktop to laptop computers, petrol to electric cars.

Thermal coal and renewables – both used to generate electricity – are another case in point. Thermal coal peaked back in 2014 and is on the way out, while renewables are the fastest growing industry in the world. Opening up the world’s biggest new thermal coal basin when thermal coal has already entered terminal decline – and is forecast by the International Energy Agency to be completely phased out globally by 2050 (assuming the world delivers on the Paris Agreement) – is not a good investment.

In proposing to approve Adani’s Carmichael thermal coal mine, the Queensland government is showing extremely poor business acumen for the sake of a handful of jobs and few royalties. If approved, Adani’s thermal coal mine would likely provide Queenslanders with only a limited number of ongoing jobs. Queensland’s burgeoning renewable energy industry already provides much, much more regional employment.

Given a three-year construction timeline and the proposed seven-year royalty holiday gifted by the Queensland government, the often-touted benefit of additional royalties from the Carmichael thermal coal mine proposal ignores that zero royalties are likely to be paid in the coming decade. In fact, Queensland Treasury forecasts point to penalties for speeding and red-light camera being likely to contribute more to the Queensland budget than thermal coal this decade.

Another Queensland product – coking coal used for steel manufacturing – brings seven times more to Queensland’s annual budget than thermal coal, estimated at $3,626m versus just $538m from export thermal coal in 2018. Put another way, a tonne of coking coal in Queensland pays five times the export royalties and is worth four times as much as low energy, high ash Carmichael thermal coal.

Renewables are the fastest growing industry in the world

Thermal coal, one of the biggest causes of global warming, is on the way out. It is technologically obsolete, a bit like Telstra’s fixed line phone network a decade ago.

Rising up to the trend, governments around the world are transitioning their economies to low cost deflationary renewables. They are backed by 113 (and counting) of the biggest global financial institutions exiting thermal coal. Australia’s biggest thermal coal export markets including China, Japan, Taiwan, South Korea and India are also forging ahead to renewable energy generation.

This is a race towards zero carbon emissions that is accelerating as renewables breach grid parity and beyond. Meanwhile, Australia is being left behind.

Grid parity happens when the use of alternative energies – like solar and wind – costs less than the heavily subsidised traditional fossil fuel electricity source. Both the U.S. and India reached grid parity in 2017, and China will reach its target of grid parity for both wind and solar by 2020. And in regional and rural communities around the globe, people are leapfrogging technological advances and installing local renewable energy solutions such as mini-grids, solar and batteries.

I (TB) spoke to my 21 year-old daughter yesterday who was born in Cairns Base Hospital in Queensland and asked her what she thinks about most. “Climate change,” she said, “all the time. At this rate, no one will be here in 80 years.”

Our role as parents is to give the message of hope, when our children bum out on an exam, break up from their first relationship, discover an early career choice does not suit them. But the task of giving hope when her vision of the world is no more than her lifetime, is harder.

But we do, because we know a low carbon world is possible, with the right financial backing by banks, insurers and credit agencies, and the right technology investments by industry, and the right policy settings and vision by governments.

At some level, the Queensland government knows there is an urgent need to invest in the fastest growing industry in the world – the sustainable renewable energy industry – rather than the structurally challenged, high emitting, outrageously expensive and non-sustainable thermal coal industry – the stranded assets costs of which we all have to bear.

As the Queensland government knows through its existing investments, low cost renewable energy technologies are increasingly and necessarily providing both Australia’s and the world’s energy supply, and further rapid growth is inevitable. The Queensland government also knows that thermal coal is rapidly approaching technological obsolescence. Adani has shown new thermal coal basins are unbankable and of marginal viability.

Bending over backwards for the thermal coal lobby and federal government influencers for a handful of jobs and royalties delayed for ten years is not doing Queenslanders any favours. Nor is fostering a scare campaign that is largely irrelevant to Queensland given 85% of Queensland’s coal workers are employed in coking coal mines that are not technologically challenged.

Exploiting the Galilee Basin for thermal coal is a dud bet, a very poor investment decision. The people of Queensland need to know this truth.