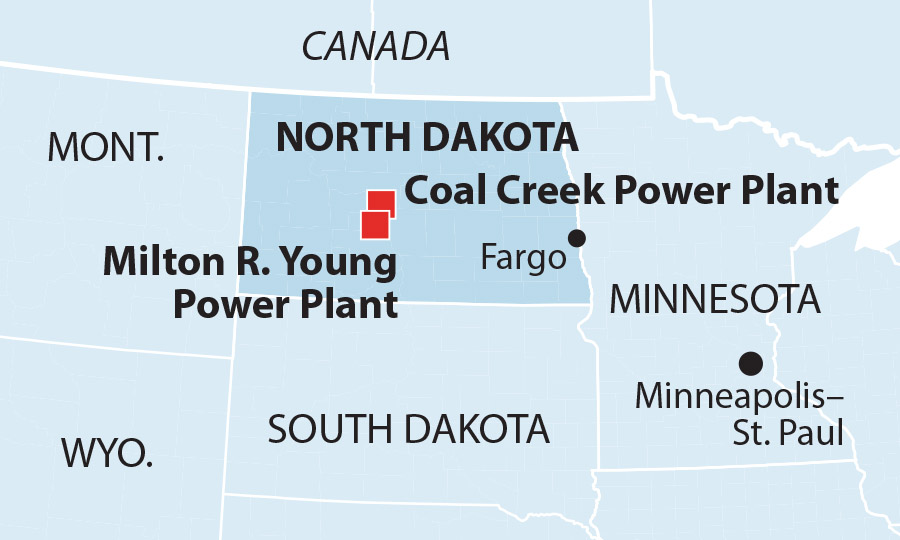 September 22, 2020 (IEEFA) — A plan to retrofit an aging coal-fired plant in North Dakota with unproven carbon capture and storage technology is likely to raise rates for customers who get electricity from the Milton R. Young Unit 2 facility, according to a new report from the Institute for Energy Economics and Financial Analysis (IEEFA).

The Project Tundra plan would retrofit the 43-year-old, 455-megawatt plant with a new carbon dioxide (CO2) technology that is untested at commercial scale. According to the proponents, the captured CO2 would be geologically sequestered or sold to companies for use in enhanced oil recovery (EOR) operations.

“Minnkota customers already have paid millions of dollars more for electricity from Young Unit 2 than necessary,’’ said Schlissel, IEEFA director of resource planning analysis. “Adding carbon capture to the plant is only going to raise its costs, and ratepayers and customers are likely to end up stuck with the bill for the whole risky venture.”

The operators of the Young plant have estimated that retrofitting the plant will cost between $1 billion and $1.6 billion. IEEFA concludes that these estimates are optimistic, given that the Young retrofit would be almost twice the size of the 240 megawatt (MW) Petra Nova plant in East Texas, one of only two carbon capture storage facilities at coal-fired plants in the world. The much-smaller Petra Nova plant cost $1 billion to build, failed to capture as much CO2 as was expected, and was mothballed in May due to low oil prices. The other plant, Boundary Dam 3 in Saskatchewan, Canada has also failed to meet projected CO2 capture goals.

Even without accounting for the almost-certain cost overruns inherent in new technology, retrofitting the Young Unit 2 plant presents unique issues for its owners because of its age. Older plants cost more to operate and are less reliable than newer facilities, according to the U.S. Department of Energy. Since the amount of CO2 produced by the plant depends on how much the plant operates, the project’s backers are betting that they can keep the unit running at a high rate even though research and real-world experience shows this to be unlikely.

There is also the issue of paying for the project. Project Tundra’s owners believe that federal tax credits, known as 45Q credits, will generate enough revenue to cover the cost of the retrofit. The owners of the project plan to sell the credits from either storing the captured CO2 underground or selling it for EOR activities. In return, investors will provide funding for the construction. A limited pool of tax equity financing and hesitation to fund a potentially risky project, however, makes Project Tundra less appealing than more conventional projects being developed by wind- and solar-based interests.

Finally, the fact remains that power from Young Unit 2 plant is expensive and can’t compete with renewables such as solar and wind power, whose costs have been falling rapidly, or less-expensive gas-fired plants. Even though less-expensive power from sources within the MISO market has been available to Minnkota Power Cooperative, the operator of Young Unit 2, it has spent $455 million more for power from the unit between 2011 and 2019 than it would have cost on the wholesale market. The operators have purchased less than 5 percent of their energy from MISO since 2015, and plan to obtain no more than 2.4 percent of future purchases from the market.

“Instead of pursuing this risky financial project,” said Dennis Wamsted, the study’s co-author, “Minnkota should close Young Unit 2 and embrace the renewable energy transition by building cleaner, lower-cost wind with storage to meet its capacity needs.”

Full report: Project Tundra – A Step in the Wrong Direction