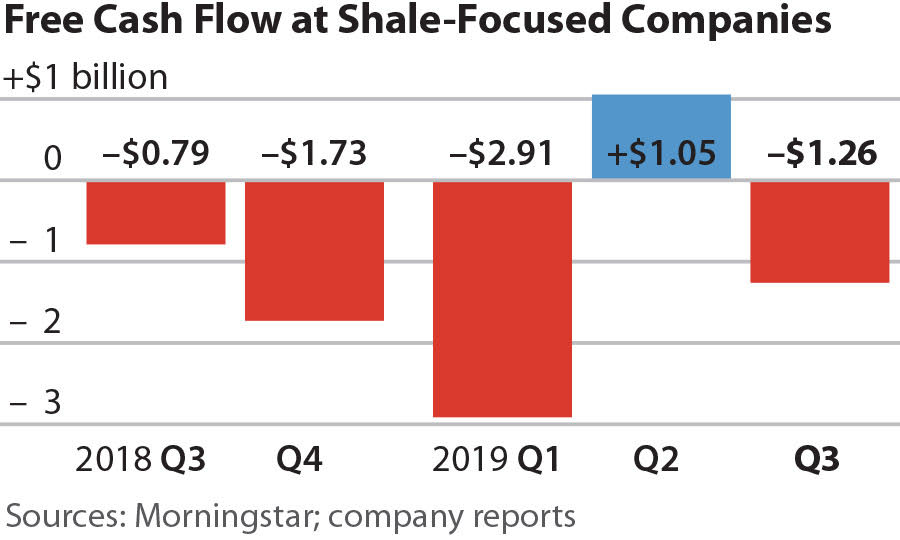 January 28, 2020 (IEEFA U.S.) ‒ Bankruptcies among fracking-focused companies exploded in 2019 and the outlook for the sector is decidedly grim, according to a briefing note released Tuesday by the Institute for Energy Economics and Financial Analysis (IEEFA).

The 42 bankruptcy filings among Exploration & Production (E&P) companies in 2019 involved nearly $26 billion in debt – double the $13 billion in bankruptcy-related debt filed in 2018. 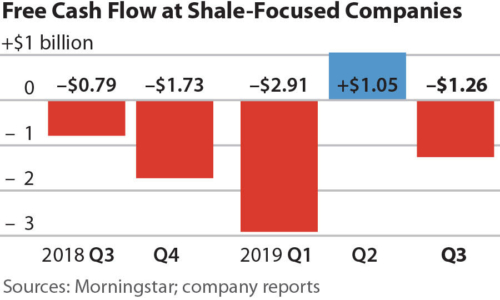 The briefing note, Bankruptcies in Fracking Sector Mount in 2019, attributes the sector’s struggles to over-production, stagnant oil and gas prices, and ballooning debt.

“We’ve been watching these companies flounder under mounting debt and negative cash flows for many years,” said Kathy Hipple, an IEEFA financial analyst and author of the brief. “It’s getting harder and harder for these companies to find investors to keep them afloat and avoid imploding.”

After years of rising debt and negative cash flows, the fracking sector has experienced an ongoing wave of bankruptcies over the past five years. Natural gas prices are expected to hit low levels not seen since the 1970s and oil prices throughout the year averaged $57 per barrel compared to $65 the year before.

“We are seeing slowdowns and negative cash flows spill over into the oil services sector that relies on the E&P companies for their business,” said Hipple. “And heavy hitters such as Schlumberger and Halliburton recorded significant losses in 2019.”

More bankruptcies are all but certain, as oil and gas borrowers must repay or refinance more than $100 billion dollars in debt over the next few years, the briefing note concludes.

“Under present conditions, it’s difficult to see any light at the end of the tunnel for oil and gas producers,” said Hipple.