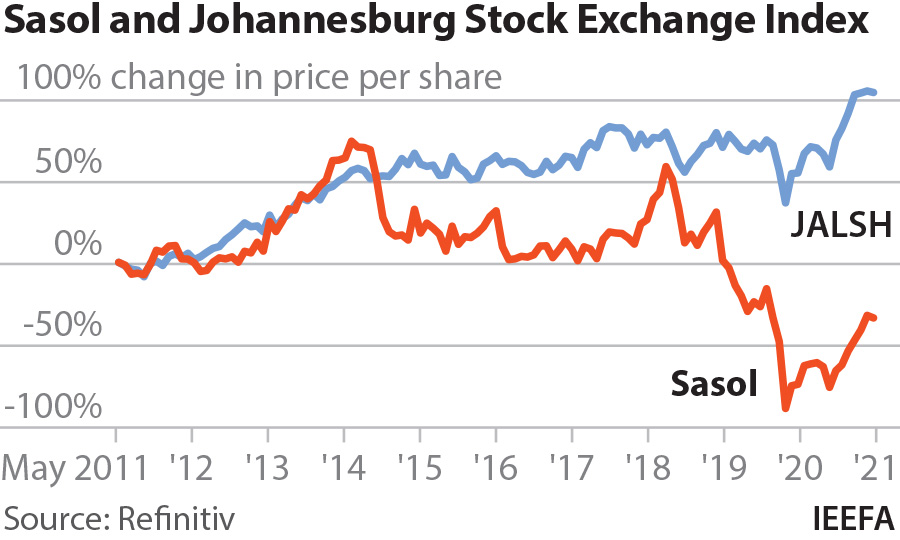 6 May 2021 (IEEFA Pakistan): Pakistan’s intention to use coal for power production through gasification and liquefaction technologies is likely to cause harmful economic impacts and a subsequent increased reliance on fossil fuels in Pakistan, finds a new report by the Institute for Energy Economics and Financial Analysis (IEEFA).

Pakistan’s intention to explore a second life for coal was announced by Prime Minister Imran Khan while addressing the Climate Ambition Summit in December 2020. The Prime Minister stated that Pakistan “will not have any more power based on coal.” However, he also announced the intention to use Pakistan’s domestic coal reserves to produce energy via coal-to-liquids and coal-to-gas processes.

Author of the report energy finance analyst Simon Nicholas says national policies and plans aimed at the transition to cleaner energy must be informed by the local economic and debt realities, the declining prices of renewable energy technologies like solar, wind and green hydrogen, and cautionary global experiences of coal gasification and liquefaction.

“The coal-to-gas (CTG) and coal-to-liquid (CTL) proposals intend to use Chinese technology and finance and come as coal-fired power continues to contribute to ballooning capacity payments, accelerating the build-up of circular debt in Pakistan’s power system,” he said.

“Such plans are immediately challenged however by the relatively high cost of coal production in Pakistan, and the heavy reliance on yet-more debt dependence on China.

“These new proposals will cost the government even more. Projects to convert coal into gas and liquid for fuel production around the world have to-date been heavily reliant on subsidies.”

In his report, Nicholas reviews coal-to-liquids and -gas projects and businesses from around the world – the Kemper coal gasification project in the U.S., Sasol’s coal liquefaction processes in South Africa, and PT Bukit Asam’s dimethyl ether (DBE) project in Indonesia.

“The global experience of coal-to-liquids (CTL) and coal-to-gas (CTG) processes ought to be a warning that there is no bright future for such projects in Pakistan,” says Nicholas.

The Kemper coal-to-gas project’s attempt to gasify lignite coal proved to be a highly expensive failure despite receiving significant federal government subsidies. Power consumers are now picking up a US$1 billion bill via increased tariffs. There was also much-higher-than-anticipated water usage during the coal gasification process. Such very high water use makes the technology unviable in water-stressed places like Thar.

In Indonesia, PT Bukit Asam’s (PTBA’s) proposed coal-to-dimethyl ether (DME) project looks set to lose hundreds of millions of dollars on an annual basis despite a subsidy and a much lower cost of coal production than Pakistan.

And Sasol’s world-leading position in coal-to-liquids has also been based on subsidies – both historic and current. Given global investor and stakeholder expectations on carbon emissions and a declining outlook for oil demand, the company is now targeting a replacement of coal feedstock with gas in the medium term and a shift to green hydrogen in the long term. Nicholas notes that the unaffordable nature of coal-fired power built under the China–Pakistan Economic Corridor (CPEC) has led the Pakistan government to seek debt relief from China.

“At a time when the Pakistan government is seeking debt relief from China, it is unadvisable to seek to increase that debt burden for more coal technologies that are yet to be proven in the country,” says Nicholas.

“In a world increasingly aiming for carbon neutrality, now is not the time for Pakistan to be increasing fossil fuel dependence along with the subsidies needed to support their consumption.

“Sasol’s recognition that green hydrogen will play a part in the company’s long term future is a key lesson for Pakistan.

“The world now appears to be on the brink of a rapid cost deflation for new hydrogen technology of the type that has already been witnessed for wind and solar power, which are already the cheapest sources of new power generation in Pakistan.

“Investing in zero emissions industries of the future is more likely to unlock global capital access for Pakistan to diversify from over-reliance on China.

“If Pakistan continues with plans to build coal-to-gas and -liquids projects, it will be locking in 20th century technology whilst the rest of the world develops the energy and chemicals technology of the 21st century.”

Read the report:  There’s No Second Life For Coal in Pakistan: Any Coal-to-Liquids and Coal-to-Gas Projects Would Need Unaffordable Subsidy Support