IEEFA: New power and energy master plan must be designed in Bangladesh’s best interests, not Japan’s 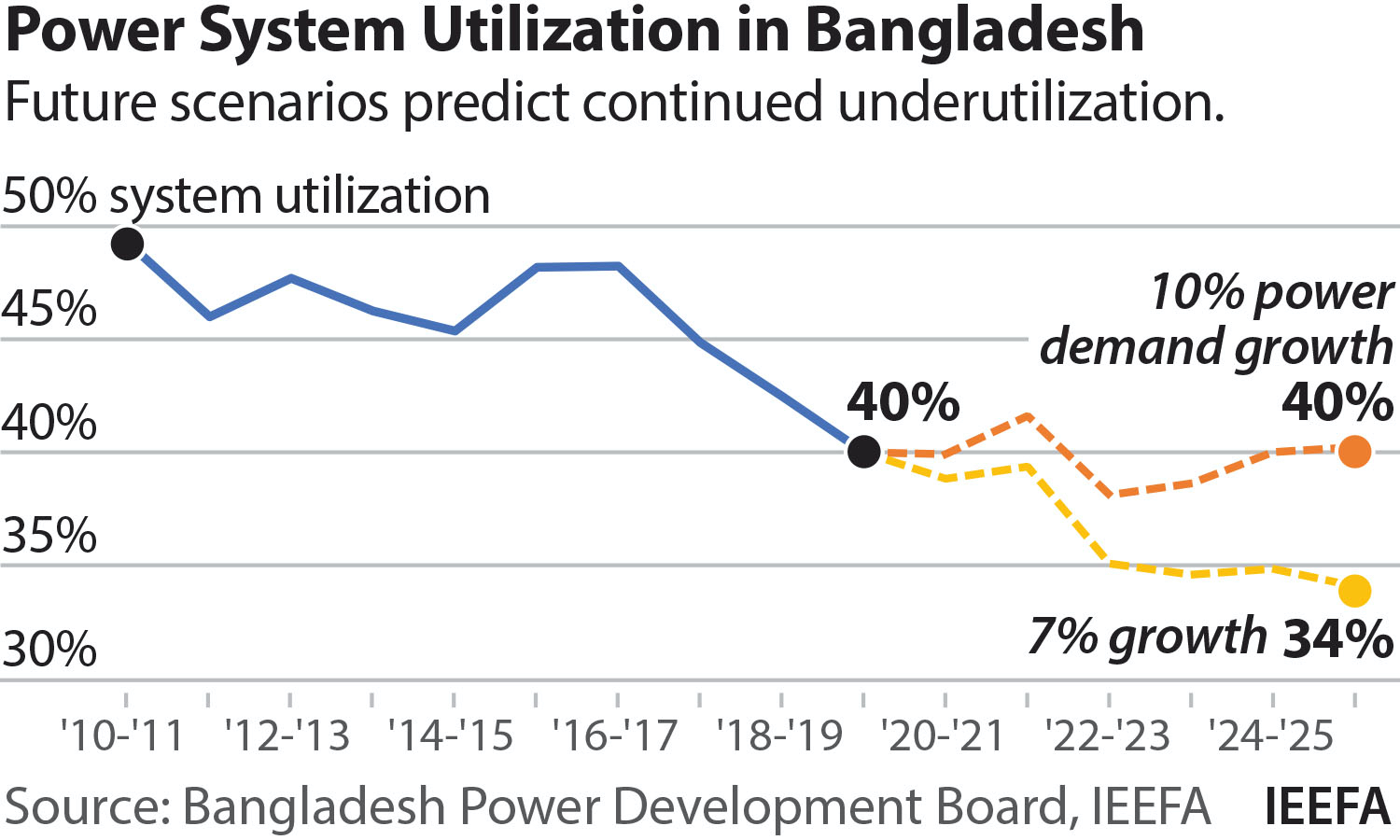 24 May 2021 (IEEFA Bangladesh): Clear understandings from the Bangladesh government’s recently released 8th Five-Year Plan must be incorporated into the new energy and power master plan currently under development by the Japan International Cooperation Agency (JICA) to drive zero carbon transformation and financial sustainability in the energy system, finds a new report from the Institute for Energy Economics and Financial Analysis (IEEFA).

Increased reliance on expensive imported coal and LNG is a burden “Increased reliance on expensive imported coal and LNG is a burden the government simply can’t afford to wear going forward.

“Any increased reliance on coal and LNG risks seeing electricity costs for energy consumers rise even further at a time when ever-cheaper solar and wind power is available.

“The Japanese developers of Bangladesh’s new Integrated Energy and Power Master Plan have the platinum opportunity to align their thinking with the insightfulness of the government’s 8th Five-Year Plan.”

Nicholas draws from the 8th Five-Year Plan targeting a least-cost power generation system to provide a blueprint for developers of the new plan, suggesting JICA should:

“The previous power master plan also prepared by Japan is not fit for purpose and risks the financial sustainability of the power system. The new 8th Five-Year Plan recognises this.

“Japan must not prepare another power plan in its own interests rather than in the best interests of Bangladesh.”

Japan must not prepare another power plan in its own interests

Nicholas says JICA would be aware that Japanese trading houses and financial institutions have been accelerating their exit from fossil fuel financing.

“Coal and LNG are carbon-intensive fuel sources, and the most technologically and economically challenged by the current global energy transition to renewable clean energy.

“If JICA funds coal power and creates a plan for more high-cost LNG-fired capacity in Bangladesh it will be worsening overcapacity and increasing the likelihood of power tariff increases for consumers.”

Read the report: Bangladesh Must Plan for the Energy Transition to Renewables Expectations From the Upcoming Integrated Energy and Power Master Plan