The Lamu Coal Plant will hinder, not spur, economic growth in Kenya 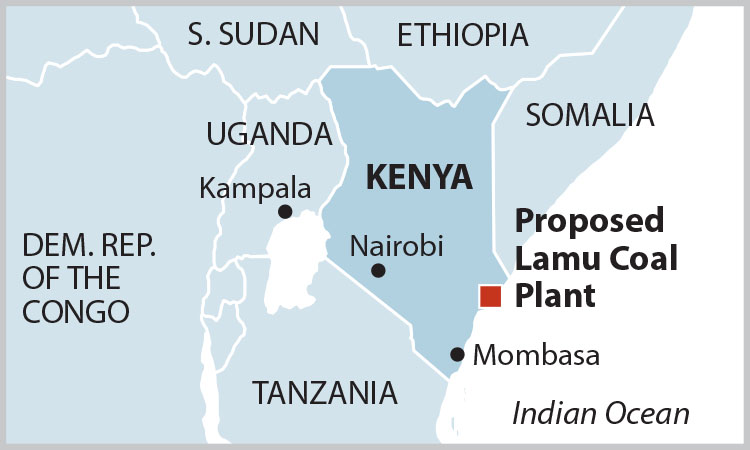 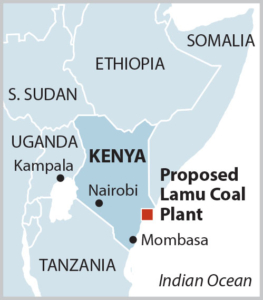 June 10, 2019 (NAIROBI) – The proposed Lamu coal plant in Kenya, a three-unit, 981-megawatt (MW) facility, would be a costly mistake, locking the country into a 25-year deal at a cost to consumers of more than US$9 billion, even if the plant never generates any power, according to a report released today by the Institute for Energy Economics and Financial Analysis (IEEFA).

The report, The Proposed Lamu Coal Plant: The Wrong Choice for Kenya, examines how the Lamu project was intended to replace the country’s aging diesel-fired generation and strengthen baseload capacity but factors, such as lower-than-projected demand and higher costs for imported coal, have rendered the plan obsolete.

“This project would lead to excess generating capacity in Kenya and sharply increase electricity rates for consumers,” said IEEFA director of resource planning analysis David Schlissel, who wrote the report. “The original assumptions that justified the project, no longer apply.”

First proposed in 2015, the Lamu plant is scheduled to enter commercial service in 2024 at an initial cost of US$2 billion. It is being built by Amu Power Company Limited, a single-purpose entity, 51 percent owned by Centum Investments, a Kenyan investment firm, with the remainder held by Gulf Energy. The construction contract for the plant was awarded to Power Construction Corporation of China in 2016.

The plant would slow the development of readily available, clean and increasingly low-cost geothermal, wind and solar resources.

Highlights from the report:

“Building this facility would burden consumers with costly power for years to come,” said Schlissel. “In addition, the project would make it difficult, if not impossible, for Kenya to meet its obligations under the Paris Agreement on climate change.”

The Proposed Lamu Coal Project: The Wrong Choice for Kenya