IEEFA: What Australia can learn from Texas’ embrace of clean energy 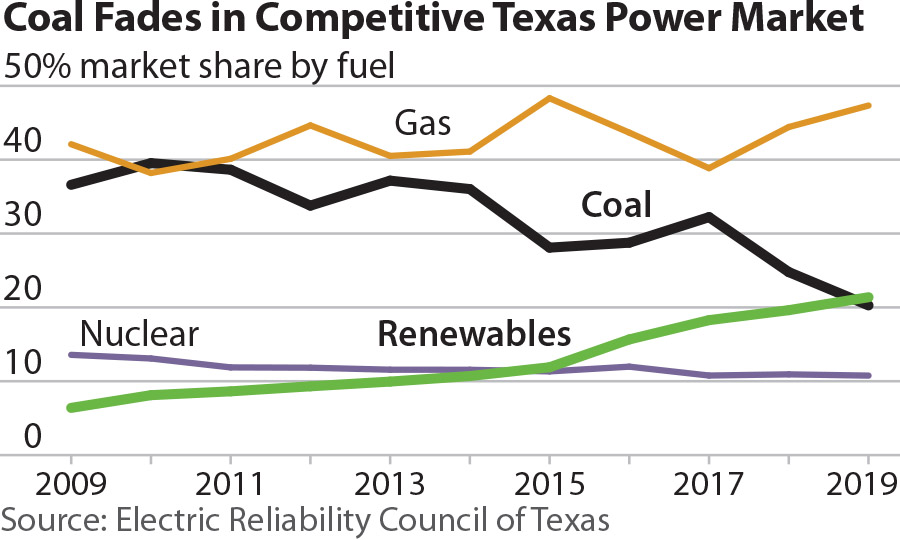 That’s the conclusion of a new note from the Institute for Energy Economics and Financial Analysis (IEEFA) that argues Australia could learn from the experience of U.S. oil and gas capital Texas’ pivot to renewable energy.

“Texas and Australia have much in common,” says the report’s co-author Clark Butler, an IEEFA guest contributor and corporate adviser in the technology and finance sectors.

“They have similar sized populations and economies and are hugely invested in resources extraction. Both have thriving renewable energy industries, powered by market investment, while gas is failing.

“A key difference, however, is that the Australian government is planning to expand and subsidise the gas sector while the market is clearly signalling that backing fossil gas makes no financial sense.

“IN TEXAS, ON THE OTHER HAND,  RENEWABLES ARE WINNING. Private investors are pouring money into wind and solar projects and increasingly turning away from fossil fuel investments.”

In Texas, falling oil and gas prices have hit the economy particularly hard. But while 118 oil and gas companies filed for bankruptcy in the state between 2015 and 2020, wind developers are on track to nearly double capacity.

Co-author Clark Williams-Derry points out that, “against a backdrop of a massive fracking boom and bust, Texas has become the top wind-power generator in the U.S. and also grown its utility-scale solar power market.

In Texas, falling oil and gas prices have hit the economy particularly hard

“Solar and wind generation now make up more than one-fifth of Texas’ total power output, pushing coal out of the generation mix. Remarkably, considering the state’s massive growth in fossil gas output, the share of gas-fired power only rose from 51% in 2002 to 54% in mid-2020,” says William-Derry.

“LEFT TO MARKET ECONOMICS, AUSTRALIAN RENEWABLES WOULD GROW, and investors would not back increases in gas investments,” says Butler.

“Yet unless investors come up with a gas solution by April 2021, the Australian government says it will open up new gas fields and subsidise a new gas-fired peaking power station in the Hunter Valley to supply heavy industry and to make up for closure of the Liddell Power Station in 2023.

“It’s hard to see how a gas-fired power station can deliver anything like the electricity pricing heavy industry needs in the Hunter Region to be globally competitive, let alone powering exports like aluminium that increasingly needs to compete with decarbonising international competition.

“At the scale required to supply 2-3 gigawatts to the Hunter Region’s heavy industry and the cost of equity and debt achievable at that scale with the right kind of offtake commitment, wind and solar is more than 30% cheaper than combined cycle gas-fired power and more than 75% cheaper than gas peaking generation.” 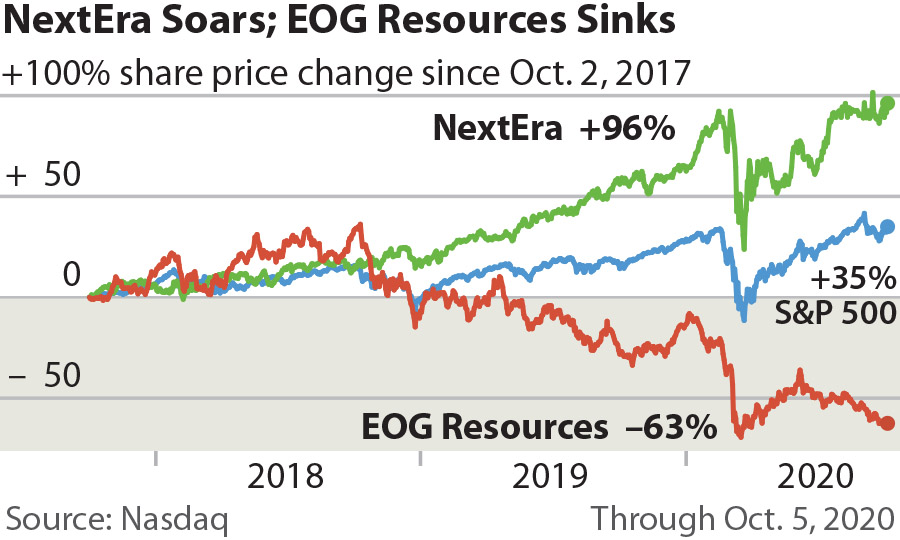 In April 2020, BloombergNEF noted that it is “already cheaper to install new-build battery storage than peaking plants”. This battery disruption is not happening slowly. NextEra Energy invested in 10MW of batteries last year. This coming year they are investing in 1,000MW – a hundredfold increase in just one year.

The cost of delivering gas to consumers from proposed new fields in Narrabri is estimated to be over A$8 and will need permanent subsidisation, according to Robertson.

IN THE U.S. MANY UTILITIES ARE SKIPPING THE “GAS BRIDGE” ALTOGETHER, recognising that it is no longer a financially viable transition fuel, and going straight to renewables, a July 2020 IEEFA report found. One of the nation’s largest investor-owned utilities, Con Edison, has announced it will no longer invest in gas pipelines and may sell its existing portfolio.

In Texas, according to IEEFA’s new note, gas and renewables are on a relatively even footing from a subsidy and regulatory perspective, meaning that energy companies succeed or fail based whether they can make it on their own in the market.

“In Australia we face institutional and financial barriers put up by the government in the form of subsidies, government assistance and regulation,” says Robertson.

“The transition to renewable energy is occurring anyway because wind and solar backed with battery firming is now cheaper than gas but removing these barriers would force fossil fuels to compete against renewables on a relatively level economic playing field.”