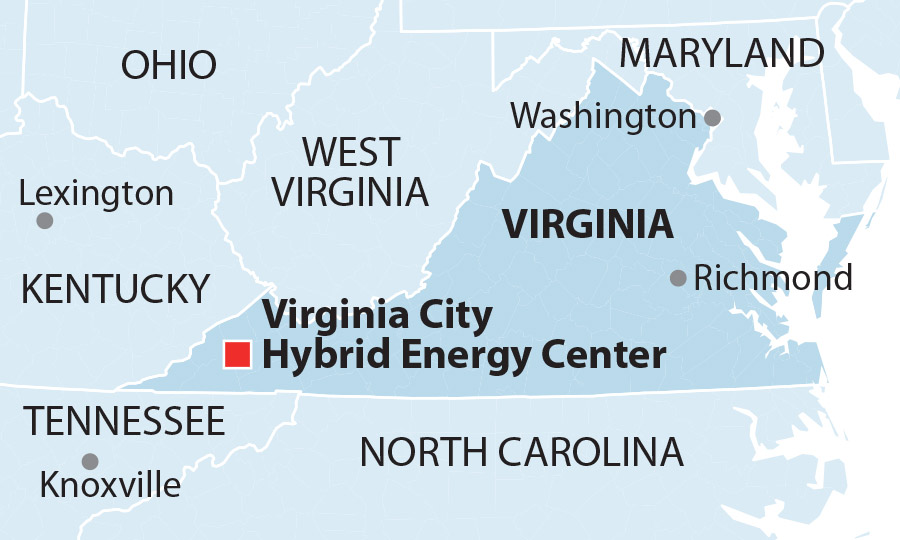 December 16, 2020 (IEEFA)—Retiring the Virginia City Hybrid Energy Center (VCHEC) will bring unnecessarily abrupt economic hardship to Wise County if state and local officials do not begin to plan now for a transition, concludes a report published today by the Institute for Energy Economic and Financial Analysis. 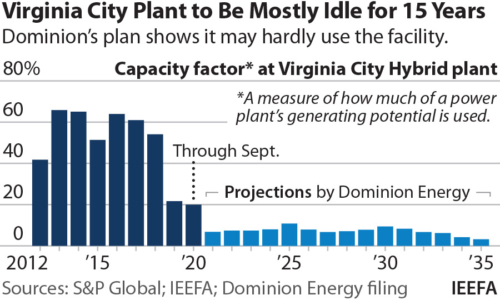 The 8-year-old coal-fired power plant, owned by Dominion Energy through its subsidiary Virginia Electric & Power Co., is at risk of closure as market and policy forces continue to work against its viability.

VCHEC ran at only 19.86% capacity during the first eight months of this year. At its peak performance in 2013 and 2014, it operated at slightly more than 65% of its capacity, but has fallen off over the past two years, to 54% in 2018 and 22% in 2019.  If it remains online—which is unlikely, the report concludes—Virginia Power estimates its annual capacity factor will average less than 7.7% over the next 10 years, meaning its output will be insignificant on the grid that is run by the 13-state PJM Interconnection and has access to 180,000MW of other generation capacity.

The report describes how VCHEC’s situation is more precarious than has been publicly acknowledged by Dominion, and how its closure would cost the community 153 full-time jobs at the plant, as many as 400 additional indirect jobs, and between $6 million and $8.5 million in local annual tax revenues.

The report calls specifically for more accountability from Dominion.

“Community leaders should press for full transparency from Dominion on its plans for the plant and by aggressively pressing for serious reinvestment in the local economy,” said Karl Cates, an IEEFA analyst and lead author of the report. “Economic transition models around the early closures of Navajo Generating Station in Arizona, the San Juan power plant in New Mexico, the Centralia Coal Plant in Washington, and part of the Comanche Generating Station in Colorado can serve as models for responsible change.”

VCHEC’s underperformance, coupled with shrinking utility industry appetite and demand for coal-powered electricity, show clearly that there is no sensible business case for keeping the plant open other than to reward Dominion shareholders with ratepayer-subsidized dollars, the report states.

And while Dominion has some motivation to keep the plant online even as a marginally productive generator, the company is likely to run into regulatory resistance to doing so, as ratepayers would be footing the bill for a money-losing operation.

“State and county officials can and should immediately take three concrete steps toward preparing for closure,” the report states: