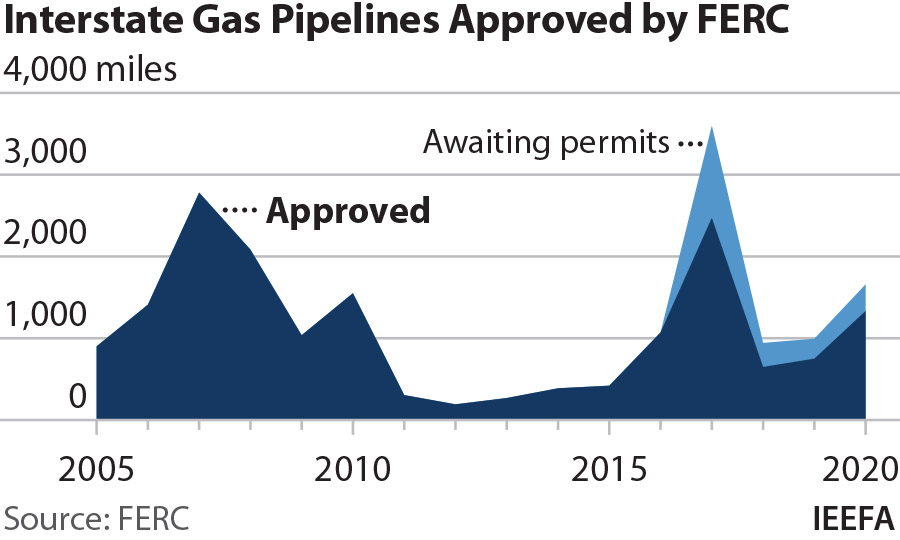 December 17, 2020 (IEEFA) — The federal agency responsible for approving interstate gas pipeline projects is basing its decisions on contracts rather than on today’s consumer energy needs or the public interest, according to a report released today by the Institute for Energy Economics and Financial Analysis. The report—FERC’s Failure to Analyze Energy Market Forces—details how the mere existence of business contracts for gas prompts the Federal Energy Regulatory Commission (FERC) to approve pipelines, even if they don’t make financial sense for the public and investors.

“FERC is relying on a false premise in assessing a proposed pipeline’s necessity,” said Suzanne Mattei, an IEEFA energy analyst and co-author of the report. “The problems facing the gas market today are rooted in an oversupply of gas, low prices and shrinking demand due to energy efficiency and growing competition from renewables. When FERC made the rules in 1999, gas prices were higher and the market was more predictable.”

Three major pipelines were scrapped in 2020 after winning FERC approval, due in large part to factors that an efficient agency would have identified earlier. Their failure was a clear indication that FERC needs to update its guidance, begin asking questions and start making decisions based on market conditions, rather than on a 21-year-old policy.

FERC’s failure to properly scrutinize pipeline proposals allows developers to take private property for deals that ultimately fail. Owners of land within the approved pipeline’s path are forced under eminent domain to sell their property to the developer. The federal Natural Gas Act authorizes the taking of the land, but FERC is supposed to analyze and balance the interests. Pipeline developers should not be allowed to take private land for a project that is unnecessary and not in the public interest.

The commission also rubber-stamps projects that rely on international gas export contracts. The owners of land in the path of a pipeline would be subject to the threat of eminent domain, even when the pipeline is serving the interests of companies or customers in another country. FERC should not approve such projects without analyzing the uncertainties associated with the international gas market and the country where the gas is expected to be sold.

The approval of unnecessary pipelines in the domestic market also places an unfair burden on “captive” ratepayers, or utility customers who have no recourse to a utility’s poor financial decision. State commissions generally set gas prices at rates that are determined by the pipeline developer’s capital investment. This approach means it doesn’t matter how much gas is used, builders will make a profit based on a “reasonable” return on their investment. Those costs are passed along to utilities and ultimately borne by ratepayers.

In April 2018, FERC asked the public to identify factors that should be used when considering approval of pipeline projects. More than two years have passed since the request, however, and the commission has taken no action. Meanwhile, FERC continues to approve new pipelines for gas that is not likely to be needed, at a time when a glut exists and major utilities are moving from gas-fired power plants to cleaner and less costly renewable energy.

“When too much capacity chases too little demand, adding pipelines requires greater justification for the burdens and sacrifices forced on property owners and the public interest,” said Tom Sanzillo, IEEFA’s director of financial analysis and co-author of the report. “Today’s investments in the oil and gas sector are high-risk with low returns. This is related to long-term trends in the industry that have altered the investment scenario.” 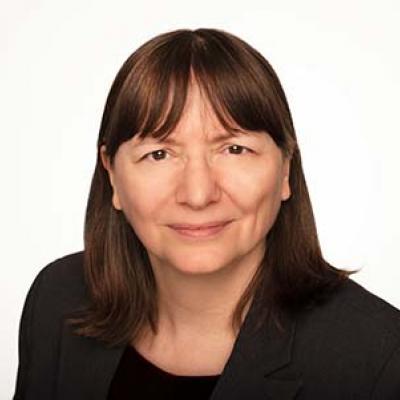