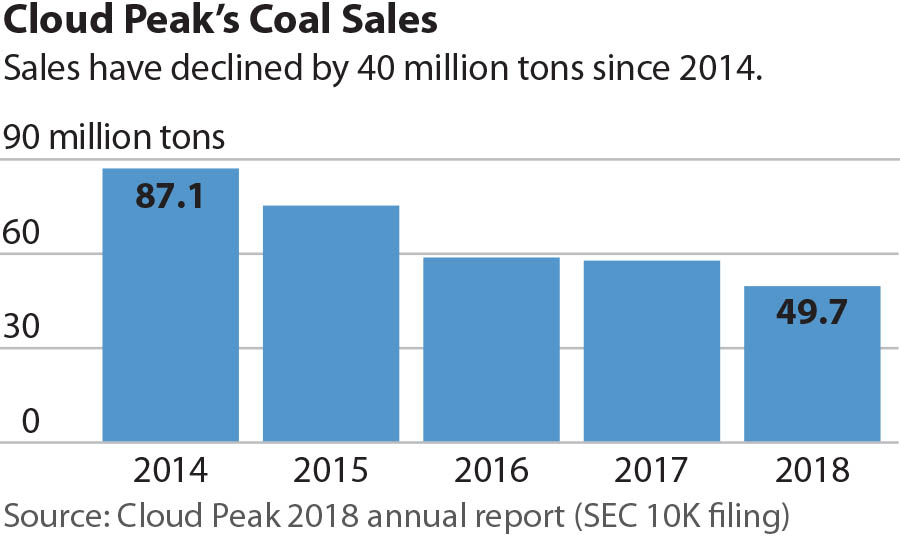 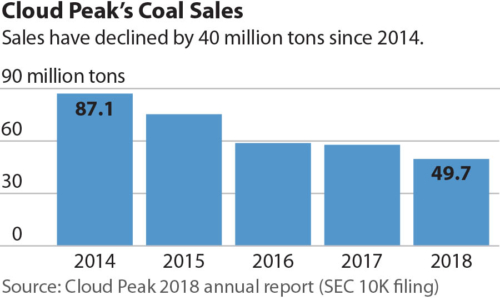 September 5, 2019 (IEEFA U.S.) — Production is down this year and the customer base is shrinking at three mines that Navajo Transitional Energy Company (NTEC) proposes buying in a bankruptcy-court bid for Cloud Peak Energy, according to a research brief published today by the Institute for Energy Economics and Financial Analysis (IEEFA).

The brief—NTEC Move to Buy Cloud Peak Mines Is an Increasingly Questionable Wager— updates regional and national trends in the U.S. coal industry and analyzes mine-by-mine difficulties facing the Cloud Peak assets NTEC has proposed purchasing, specifically: Antelope Mine and Cordero Rojo Mine in Wyoming and Spring Creek Mine in Montana.

NTEC executives proposed the deal in August apparently without consulting with Navajo Nation leadership, although the company is wholly owned by the tribal government. The deal contradicts Navajo Nation energy policy, which calls for post-coal modernization and comes in the wake of a tribal decision to close the coal-fired Navajo Generating Station this year.

The report details three distinct risks in the NTEC proposal:

“Navajo Transitional Energy Company, whose sole shareholder is the Navajo Nation government, would do well to reconsider its plans to purchase Cloud Peak’s PRB mines and to focus its growth plans instead on more robust segments of the energy sector,” the brief concludes.