IEEFA report: The vanishing case for the Atlantic Coast Pipeline 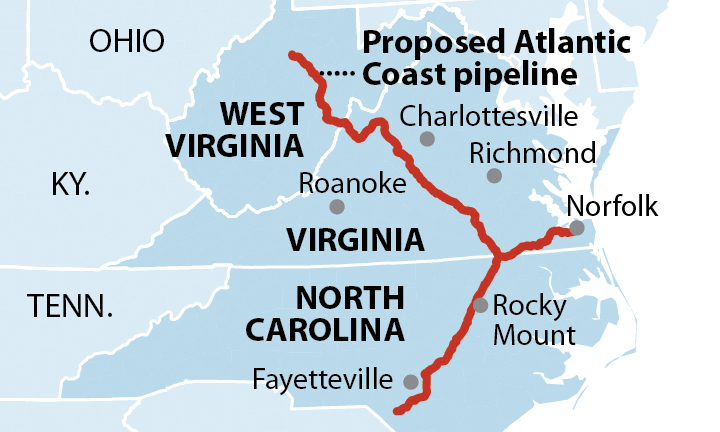 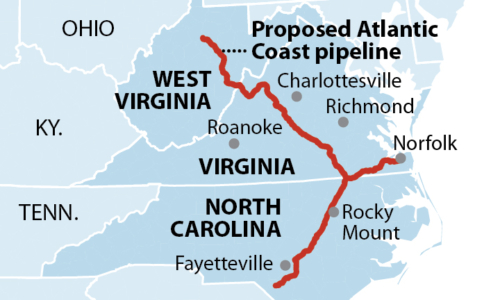 January 29, 2019 (IEEFA) — Diminishing consumer demand coupled with more affordable renewables are casting doubt on the overall feasibility and potential profitability of the Atlantic Coast Pipeline, according to a report released today by the Institute for Energy Economics and Financial Analysis (IEEFA) and Oil Change International.

The report, The Vanishing Need for the Atlantic Coast Pipeline, raises new questions about the future viability of the pipeline, a multi-billion-dollar project to deliver natural gas from northern West Virginia to Virginia and North Carolina

As Dominion, one of the major partners in the pipeline project, prepares to present its Q4-18 earnings on Friday, the IEEFA report questions the project’s overall rationale and suggests that investors demand more transparency about the project’s viability.

“The demand outlook for gas has changed dramatically since the project’s inception and much of the original justification for the pipeline has evaporated,” said Cathy Kunkel, IEEFA energy analyst and co-author of the report.

The pipeline is a joint venture of three companies – Dominion (48%), Duke Energy (47%), and Southern Company (5%) – that was approved by the Federal Energy Regulatory Commission in October 2017. Originally projected to cost $5.1 billion, overruns have raised projections by about 30% to $6.5 to $7 billion, excluding financing costs. But cost overruns are only the beginning of the challenges faced by the project.

“While the business case for the pipeline was predicated on the idea that Dominion’s and Duke’s utility subsidiaries would be able to recover the pipeline’s costs from their customers, the growing evidence that the original ‘need’ for the project was overstated increases the risk that regulators will not approve some or all of these costs,” said Kunkel. “This outcome would jeopardize the profitability of the project.”

Key findings of the report include:

“Recent analyses of the Levelized Cost of Electricity (LCOE) for a range of generation technologies shows utility-scale wind and solar already competitive with gas in many markets,” said Lorne Stockman, Senior Research Analyst at Oil Change International and co-author of the report. “As renewable technologies and storage continue to decline in price, it increases the risk that natural gas plants planned for construction in the late 2020s will never materialize.”

The report follows prior IEEFA analysis on the likelihood of overbuilding pipeline infrastructure in the Appalachian region.

The Institute for Energy Economics and Financial Analysis conducts research and analyses on financial and economic issues related to energy and the environment. The Institute’s mission is to accelerate the transition to a diverse, sustainable and profitable energy economy. https://ieefa.org

The Institute for Oil Change International is a research, communications, and advocacy organization focused on exposing the true costs of fossil fuels and facilitating the coming transition towards clean energy. http://priceofoil.org