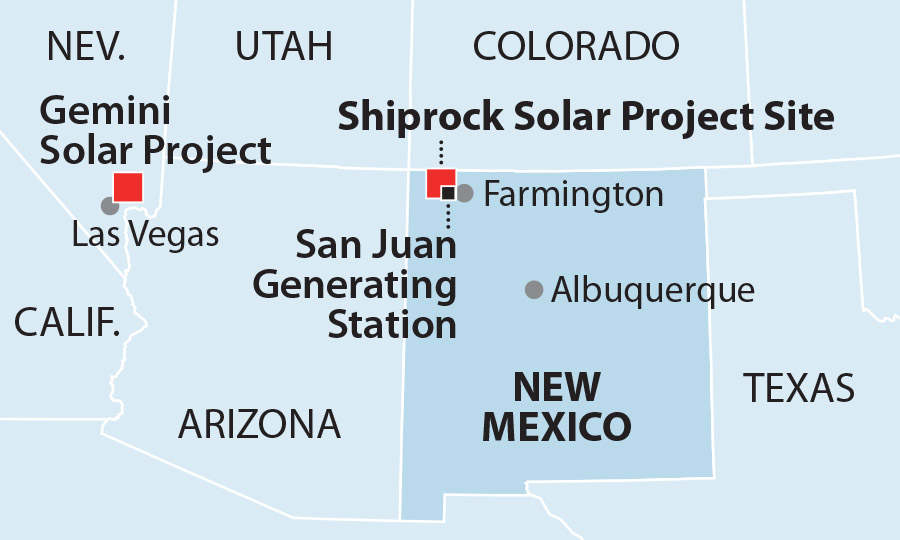 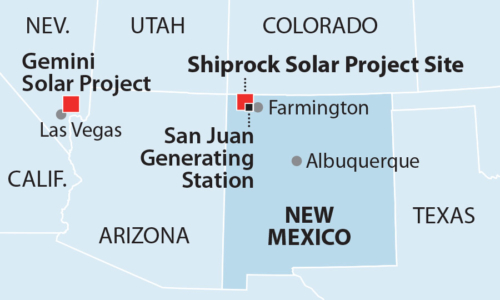 June 16, 2020 (IEEFA U.S.) ‒ The largest property owner in the U.S.—the Bureau of Land Management (BLM)—has acreage set aside for utility-scale solar development on only 0.03% of the roughly 100 million acres it manages across the sun-rich Southwest, finds a report published today by the Institute for Energy Economics and Financial Analysis.

The report—Federal Land Agency Lags on Solar Development Approvals Across Southwest U.S.—urges “stronger direction from above” over state- and field-level BLM offices that may otherwise be resistant to approving permits for utility-scale solar installations on public lands.

“The BLM for the most part remains an agency that is behind the curve on responsible buildout of these publicly owned resources, which are ripe for development and which would bring local economic benefits while bolstering national security,” said Karl Cates, an IEEFA analyst and lead author of the report. “It is time for the BLM to reconsider its restrictive land-use policies on this front and to even the playing field in a way that allows renewable energy development to vie on an equal footing with competing interests and to help scale up the new energy economy in communities that are in dire need of reinvestment.”

The bureau, which manages lands across Arizona, New Mexico, California, Colorado, Nevada, and Utah, has designated only a small fraction of a percentage of its acreage as Solar Energy Zones (SEZs), even though the BLM has millions of acres in its regional portfolio well suited for solar development. 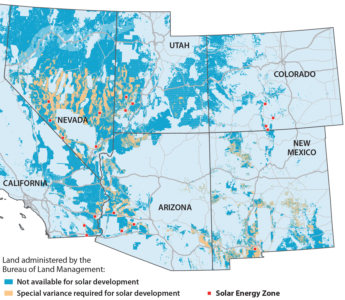 The numbers clearly indicate that these lands are not being used to their potential:

The report notes also that oil and gas account for roughly 70% of all economic activity on BLM lands.

The Bush and Obama administrations passed laws and issued directives for federal agencies to encourage development of renewable energy projects on taxpayer-owned lands. And although the Trump administration is known generally for trying to discourage renewable energy development, in January it approved the 690-megawatt (MW) Gemini Solar Project, the largest solar farm in U.S. history and one that could serve as a template for future utility-scale project approvals.

The IEEFA study uses the proposed Shiprock Solar project in the Four Corners area of New Mexico as a case study of obstacles faced by solar power developers on BLM lands. Shiprock would be built mainly on 1,980 acres of BLM land near the San Juan Generating Station, a coal-fired power plant in its fifth decade of service.

The report notes that the Four Corners area boasts a skilled workforce, rich solar resources, and proximity to existing power industry infrastructure, and that the Shiprock project is seen as an example of the possibilities for developing a post-coal economy in the region. The coal-fired 847MW San Juan station is set to be closed in 2022, and the 1,540MW Four Corners Power Plant also is expected to be shelved soon. The Navajo Generating Station in Arizona, once the biggest coal-fired plant west of the Mississippi, closed seven months ago, and the 253MW Escalante Station in New Mexico will be closing later this year.

For Shiprock to proceed, its backers would have to obtain a variance that is available on roughly 20 million of the bureau’s 100 million acres in the region but that would require a maze-like approval process.

“Projects like Shiprock are more than suitable for timely and prudent use of BLM lands regionally and are a model for how millions of BLM acres in the Southwest could be economically tapped for low-cost utility-scale solar power generation,” Cates said.

“Stronger direction from above may be required if the agency is to more effectively leverage its solar-rich resources and tap into the growing utility and corporate demand for this clean, low-cost domestic energy option,” the report concludes.

Dennis Wamsted ([email protected]) is an IEEFA analyst and editor.