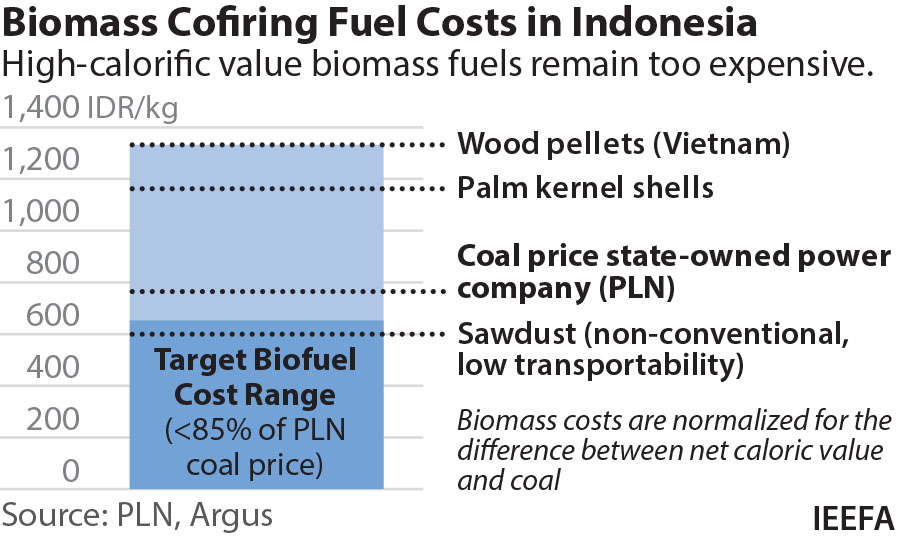 PLN’s biomass cofiring plan will require nothing less than the creation of a large-scale biomass industry.

8 February 2021 (IEEFA Indonesia): Important questions must be answered concerning the economic viability, feedstock supply stability and technical challenges associated with extending the life of Indonesia’s coal plants using cofiring, according to a new report from the Institute for Energy Economics and Financial Analysis (IEEFA). For the past year, Indonesia’s energy policy teams have devoted new resources to a plan that extends the life of PT Perusahaan Listrik Negara’s (PLN’s) coal-fired power fleet by switching to biomass cofiring.

“In the absence of significant incentives, it’s impossible not to question whether PLN will be able to deliver cofiring without encountering technical and financial barriers,” says Adhiguna.

“PLN’s plan focuses on leveraging their existing 18 gigawatts (GW) of coal-fired power plant capacity and a significant biomass ‘feedstock increase’ between 2021 and 2023.

“At this scale, the biomass cofiring plan advanced by the Ministry of Energy and Mineral Resources’ (MEMR) will require nothing less than the creation of a large-scale biomass industry to provide stable cofiring fuel supplies anywhere between 4 to 9 million tonnes annually.”

Cofiring has been utilized since the late 1990s in a number of countries. The primary barriers to its acceptance have remained largely unchanged over the past 20 years. Those barriers include the premium price of biomass on an energy-adjusted basis, the ability to establish stable feedstock supply chains, and a range of technical challenges that will likely place an operational and financial burden on PLN.

Unless these issues can be addressed, it is not clear that this technology can scale efficiently in Indonesia’s diverse geographies.

Despite significant investment, it’s notable that neither the United States nor China has managed to develop sizeable cofiring operations despite their enormous biomass potential, large coal-fired power plant fleets, and strong power plant technological base.

Comparison to biomass applications in other countries – such as the UK – should also be treated with care. In 2019, policy-based funding support toward UK’s largest full-biomass power plant amounted to more than £700m.

Policy support such as Feed-in-Tariffs (FITs) and Renewable Portfolio Standards (RPS) have been critical in the development of cofiring in other countries. Currently, no planned policy incentives have been introduced in Indonesia.

Analysts know that cofiring cannot be evaluated on the basis of fuel costs alone. Key stakeholders will need to evaluate the total costs resulting from the way that cofiring will change the operational profile of coal-fired power plant, resulting in increased ash deposition, corrosion, and reduced fuel efficiency. Non-conventional wood biomass such as sawdust could offer a lower cost fuel, but feedstock options need to be anchored to a viable supply plan and a sound technical assessment. Proper examination of waste-based refuse derived fuel (RDF) specification is even more critical given its potentially challenging properties for cofiring.

Putting forward pilot cases that are heavily funded by grants and CSR funding does not build confidence in the ability of cofiring to attract major investments. Transparency on the cost of viable and scalable feedstock supplies is necessary, along with clarity on the demand centre, and demand forecasts.

“The biomass industry is a policy reliant industry with high uncertainty. Success hinges on government and PLN’s long-term commitment to make it viable,” says Adhiguna.

“The recent growth in Indonesia’s wood-based biomass industry is a result of increased international demand for biomass based on premium pricing. Whether a market would develop to respond to the low-cost biomass demanded by PLN remains an open question.”

Adhiguna notes the challenges of feedstock market creation should not be underestimated.

“The fuel flexibility offered by cofiring – the ability to switch back to coal – reduces PLN’s biomass supply risk—something that has dragged down many biomass power generation projects.

“Such flexibility, however, can discourage potential investors looking for a secure market opportunity,” says Adhiguna.

“Long-term purchase contracts would likely be needed to help build a critical mass for the biomass industry. At the same time, if long-term contracts are required, it could result in the same type of “lock-in” risk that PLN already faces with coal and gas suppliers.”

Adhiguna says that stakeholders need to critically examine the scale at which cofiring could realistically be achieved with respect to the bold targets proposed by MEMR.

The projected rise of Independent Power Producers (IPP) and the decline of PLN power generation share in the coming decade would also need to be considered in evaluating the full impact of the cofiring program.

IEEFA believes a focused effort to prioritize particular regions could be more viable than chasing the dream of an ambitious nation-wide deployment plan.

“Indonesia has the potential to become a biomass industry powerhouse, and the cofiring ambition could be a starting point to spark its development. Such ambition, however, could only be established with sound planning and the transparency needed to support a stable long-term market.”

Read the press release in Bahasa: 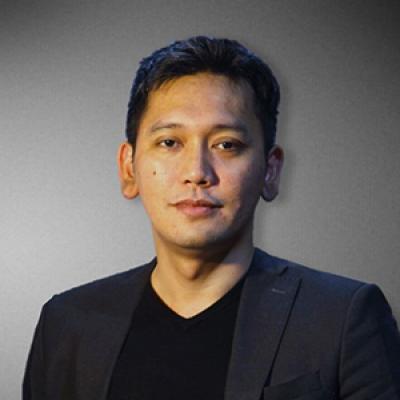