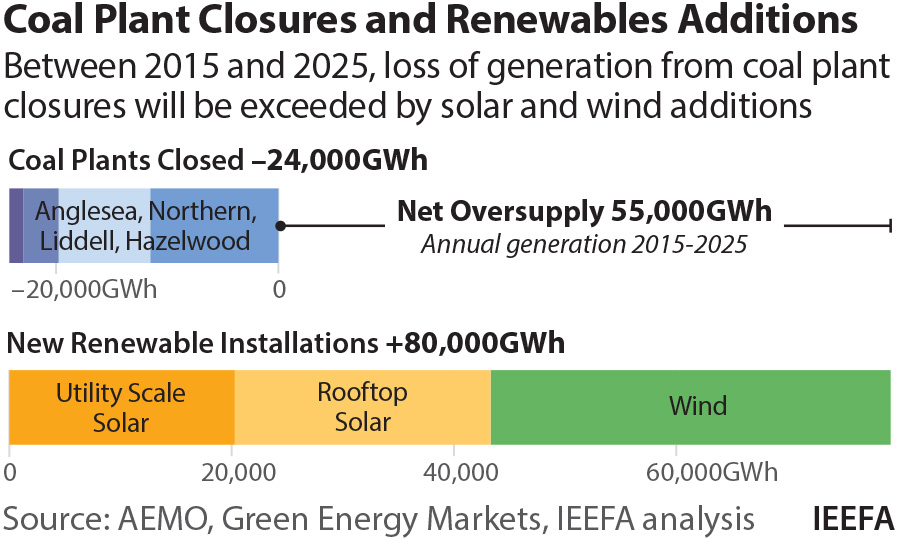 24 February 2021 (IEEFA Australia): Several of the 16 coal power plants in the National Electricity Market (NEM) will be financially unviable and at least one is likely to face closure several years sooner than planned due to coal plants’ poor flexibility and inability to adapt to a rapid influx of renewable energy, finds a new report from think tank, the Institute for Energy Economics and Financial Analysis (IEEFA) and Green Energy Markets.

Tracking the announcements of proposed wind and solar projects, authors Tristan Edis and Johanna Bowyer found previous estimates of future power supply from renewables in the NEM to be understated.

A huge amount of renewable energy supply is expected to be added to the NEM. From 2018 to 2025, new wind and solar plants will add 70,000 gigawatt hours (GWh) of extra supply – which equates to New South Wales’ entire electricity consumption. By 2025, it is forecast that the installed renewables capacity will include 8GW of utility scale solar, 12GW of wind, and 22GW of rooftop solar*.

“The market is facing a tidal wave of new supply, much greater than anything government authorities or market analysts forecast or even contemplated just two years ago,” says Tristan Edis.

“The supply added from 2018 to 2025 equates to over a third of the entire demand in the NEM, and more than 8 times the annual generation of the Liddell coal-fired power station in NSW.”

Co-author Bowyer notes this extra supply will lead to a collapse in output from many of the existing fossil fuel generators.

“They will be displaced because wind and solar have no fuel cost and typically bid into the market with prices close to zero,” says Bowyer.

“The extra competition from wind and solar plants will also have a deflationary impact on wholesale electricity prices, as more expensive gas and coal generators will be needed far less. While prices will be more volatile, on average they are likely to return back to the kinds of levels that prevailed in 2015. This is because the extra supply from renewables is several times greater than that lost from the closure of Hazelwood, Northern and Liddell Power Stations.”

The authors note the combination of renewable supply displacing output from coal and gas plants, as well as reducing prices, will lead to a huge reduction in revenue for these generators.

“Three to five of the remaining 15 coal power stations in the NEM will be under financial stress by 2025 according to our analysis,” says Bowyer.

“In addition to Liddell’s 2023 closure, at least one coal power station exit is likely to occur far sooner than authorities are planning for.”

While a sudden and unplanned exit of coal power plants is highly problematic, Edis notes a word of caution about knee-jerk reactions from governments in response.

“The fundamental problem for coal is that solar and wind is here to stay, and coal plants just aren’t flexible enough to manage around them. Efforts to keep inflexible coal plants afloat, let alone build new coal power plants, are likely to be counter-productive,” says Edis.

“Rather than propping up these plants which are getting very old, we need new government policies that supports private-sector investment in dispatchable power plants that will be viable over the long term. To be viable they need to be highly flexible to work around changes in wind and solar output. And they need to be low emission if we are to deliver on our climate change obligations.”

According to the authors the NSW Government’s Infrastructure Roadmap is an essential response to this issue. It provides a well-structured and competitive process for underwriting new capacity that can replace coal power plants in advance of their closure. Importantly this will be run by an authority independent of political interference.

While other state governments have been keen to underwrite new wind and solar, they need to consider the need for dispatchable and controllable capacity as well.

“With the right policies in place allowing the market to operate and renewable energy supply taking a dominant position, the NEM’s average wholesale power prices are likely to continue to fall – a significant thumbs up for electricity consumers everywhere,” says Bowyer. 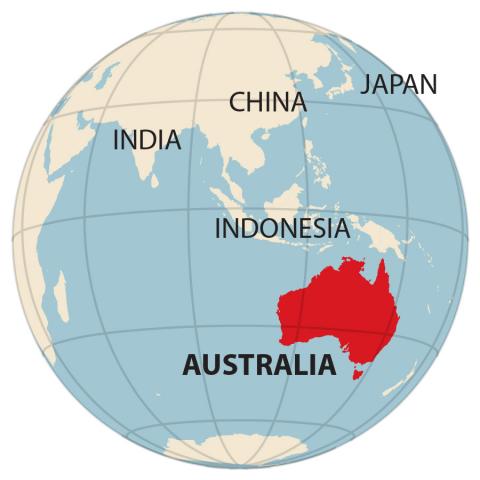 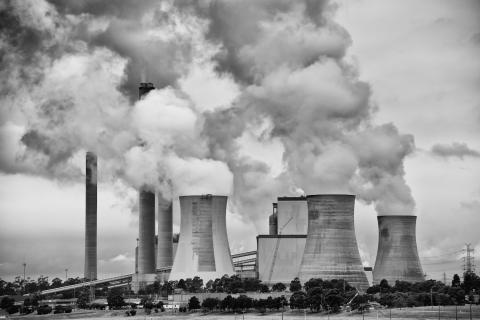 There’s a better way to manage coal closures in Australia than paying to delay them
September 21, 2021
Press Release
>