To date, Turkey has more than 5 gigawatts (GW) of solar capacity installed, mostly under 1 MW, ground-mounted solar farms. A recent review estimated rooftop solar capacity in Turkey at 200 megawatts (MW) in 2017, with a market potential of 4 GW.

Rooftop solar power has been proven worldwide as a cheap, local source of electricity, which empowers households to take control of their energy supply. By driving household investment in the energy system, it can also be a cost-effective way for countries to reduce pressure on scarce public resources. As a local power supply at the point of demand, residential solar can help avoid network losses, and thus defer wider electricity supply investments. And as an indigenous source of energy, it is especially helpful for countries that depend on energy imports.

All these motives exist in the Turkey context, where a recent economic slowdown has reduced the availability of public funds for energy sector investment, and depreciation of the currency has increased the cost of hard coal imports, jeopardising a previous pipeline of new coal-fired power plants. What is more, Turkey has among the best solar resources in Europe, far superior to market leaders such as Britain and Germany.

In May, Turkey introduced new incentives for rooftop solar power, including a net metering scheme where homeowners receive a monthly energy credit for solar exports to the grid, which they can use to offset their electricity bill. The new programme replaces a previous, ineffective net metering scheme, and complements feed-in tariffs that ended up benefiting much larger installations than solar rooftops for individual consumers. In other words, the new approach can mark the beginning of a largescale, rooftop solar market in Turkey.

In this report, we modelled the payback period for rooftop solar power, based on assumptions around these new incentives, as well as household energy use, the installed cost of solar PV, and Turkey’s solar resources. We showed how the payback period changes through 2030 based on assumptions around energy price inflation, and falling solar panel costs. And we investigated the impact of a range of additional policy measures to drive faster uptake of rooftop solar power in Turkey. 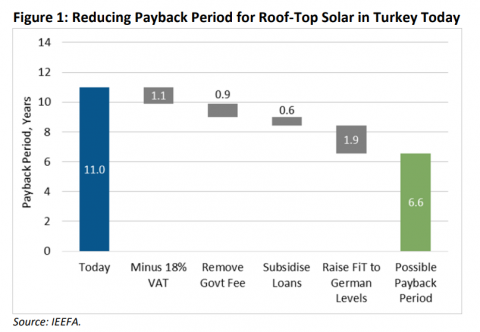 Turkey’s government has recognised the potential of the country’s excellent solar resources, earlier this year adopting new monthly net metering incentives that reward households for generating and consuming their own solar power. We recommend that Turkey now takes further steps with cost-effective policies that can bring rooftop solar power within reach of mainstream customers. 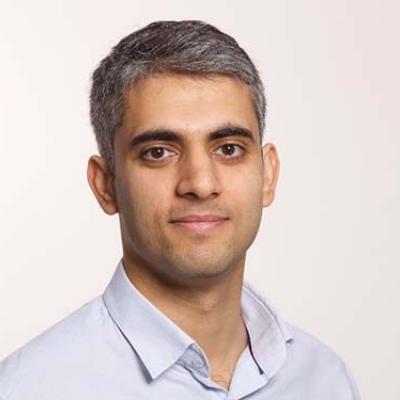