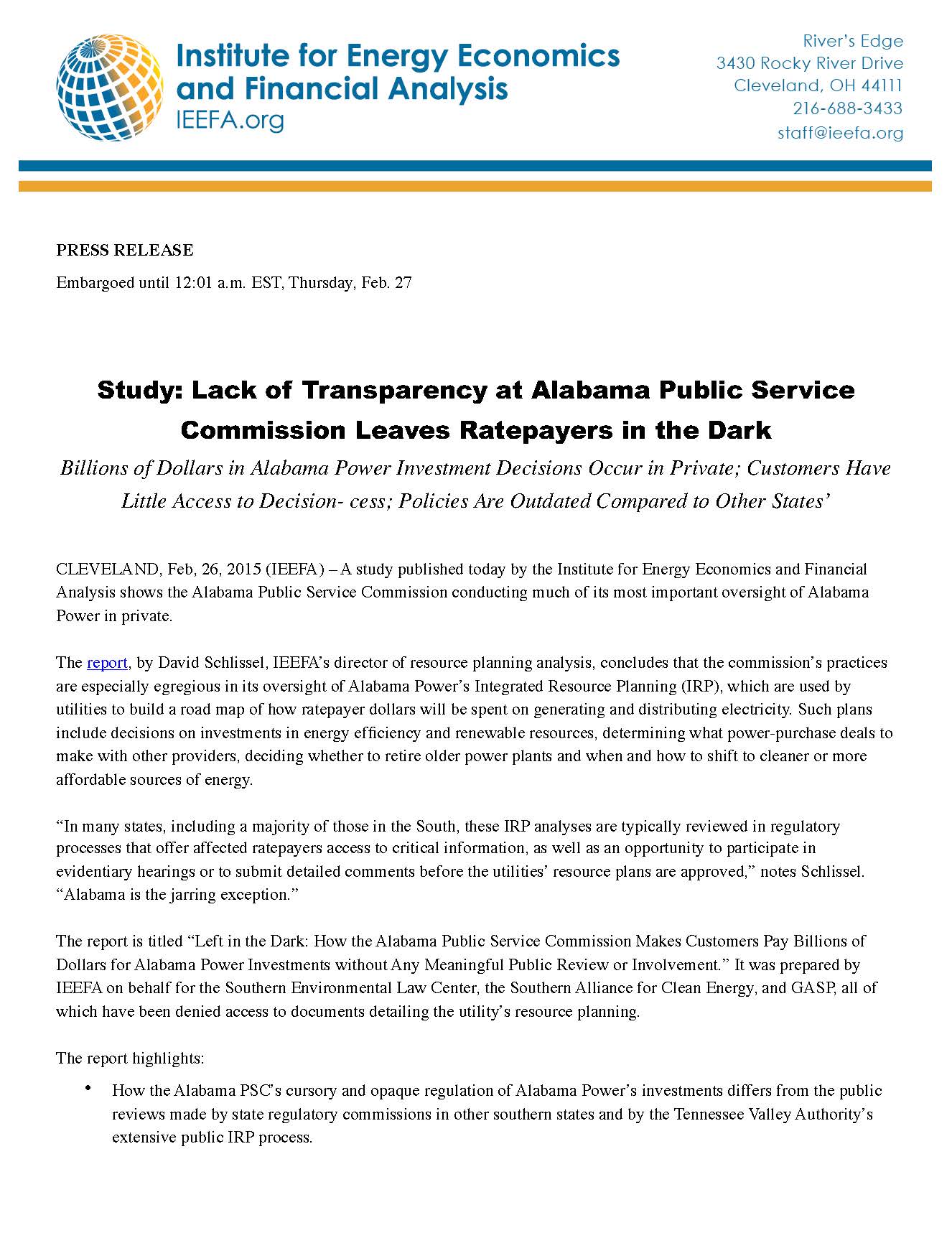 Billions of Dollars in Alabama Power Investment Decisions Occur in Private; Customers Have Little Access to Decision-Making Process; Policies Are Outdated Compared to Other States’

CLEVELAND, Feb, 26, 2015 (IEEFA) – A study published today by the Institute for Energy Economics and Financial Analysis shows the Alabama Public Service Commission conducting much of its most important oversight of Alabama Power in private.

The report, by David Schlissel, IEEFA’s director of resource planning analysis, concludes that the commission’s practices are especially egregious in its oversight of Alabama Power’s Integrated Resource Planning (IRP), which are used by utilities to build a road map of how ratepayer dollars will be spent on generating and distributing electricity. Such plans include decisions on investments in energy efficiency and renewable resources, determining what power-purchase deals to make with other providers, deciding whether to retire older power plants and when and how to shift to cleaner or more affordable sources of energy.

“In many states, including a majority of those in the South, these IRP analyses are typically reviewed in regulatory processes that offer affected ratepayers access to critical information, as well as an opportunity to participate in evidentiary hearings or to submit detailed comments before the utilities’ resource plans are approved,” notes Schlissel. “Alabama is the jarring exception.”

The report is titled “Left in the Dark: How the Alabama Public Service Commission Makes Customers Pay Billions of Dollars for Alabama Power Investments without Any Meaningful Public Review or Involvement.” It was prepared by IEEFA on behalf for the Southern Environmental Law Center, the Southern Alliance for Clean Energy, and GASP, all of which have been denied access to documents detailing the utility’s resource planning.