Study Concludes That Colstrip 1 and 2 Are Financially Unviable; Cautions Against Further Expenditures 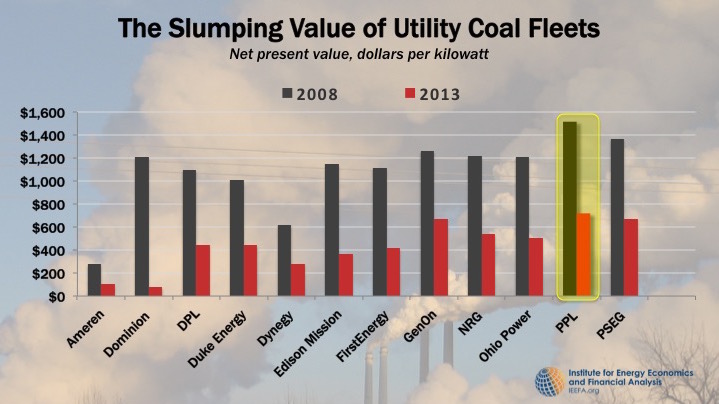 JUNE 23, 2015 (IEEFA) — An analysis of data on operational costs and energy markets by the Institute for Energy Economics and Financial Analysis questions the financial viability of the two oldest units at the Colstrip coal-fired power plant in eastern Montana.

Colstrip Units 1 and 2, which are owned equally by Talen Montana and Puget Sound Energy, were built 40 years ago. The institute’s report, “A Bleak Future for Colstrip 1 and 2,” concludes that the two companies should prepare now to retire the units and cautions that further expenditures to maintain and upgrade the units would be pointless.

In parsing a variety of data, David Schlissel, IEEFA’s director of resource planning analysis and author of the report, wrote that an array of market and regulatory forces have aligned against Colstrip 1 and 2.

“The factors that have adversely affected revenues and earnings from Colstrip 1 and 2 in recent years are consistent with broader trends affecting coal plants around the U.S.,” Schlissel wrote, noting that low natural gas prices, rising coal-production costs, greater investments in energy efficiency, and increased generation from renewable resources have hurt the competitiveness of coal-fired electricity.

“At best,” he said, “profits from power generated at either unit will be minimal for the foreseeable future. The only sensible solution—for owners and ratepayers alike—is to plan now to phase out the units in the not-to-distant future in favor of more affordable alternatives.”

The report calls specifically for Puget Sound Energy to demonstrate that additional expenditures in Colstrip Units 1 and 2 are prudent.

The Institute for Energy Economics and Financial Analysis (IEEFA) conducts research and analyses on financial and economic issues related to energy and the environment. The Institute s mission is to accelerate the transition to a diverse, sustainable and profitable energy economy and to reduce.