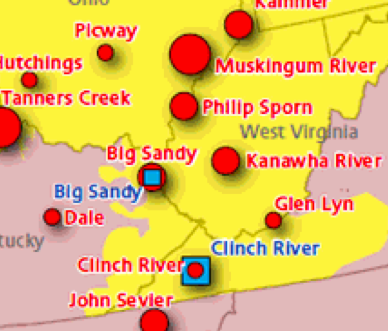 SNL REPORTS TODAY ON A WAVE OF PLANT CONVERSIONS and closures sweeping the coal-fired electricity industry.

The SNL reporters who wrote the article—Michael Niven and Neil Powell—note that while “pro-fossil fuel” interests blame the EPA, “coal retirements are occurring for market and economic reasons, including the influx of cheap natural gas that has made coal-fired base load generation less competitive and continued advances in renewable generation.”

The article is illustrated by a number of deeply researched table and maps. They show, region by region, shutdowns from January 2011 through October of this year.

Niven and Powell calculate that from 2011 to 2013, according to SNL Energy data, 12,000 megawatts of U.S. coal-fired will have been converted to alternative fuel sources. They write that 2012 saw the largest number of coal-plant retirements but that 2015 will likely set a new record.

They note also that NRG Energy, which runs coal-fired plants in the Northeast, is leading the conversion movement.