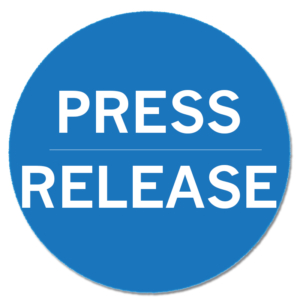 Tim Buckley, director of energy finance studies, Australasia, for the Institute for Energy Economics and Financial Analysis (IEEFA) says the loss demonstrates that Peabody is a company with deep financial risk.

“Despite spurious claims coal is good for humanity, coal mining is proving disastrous for its shareholders. Peabody shares are down 62 percent over the last two years relative to the S&P 500, which is up more than 30 percent in this same period,” Buckley said.

“This is not a healthy company: on a five-year time frame, Peabody is down 75 percent, while the S&P 500 index is up 80 percent. These losses are partly due to falling revenue from Peabody’s Australian coal business, reflecting stalling global demand and an increasingly dim investment outlook for fossil fuels.”

“Peabody is carrying major financial liabilities,” Buckley added. “Against a current equity market capitalization of US$2.8bn, it has close to USD$3.7Billion of take-or-pay liabilities, US$5.5bn of net debt, plus US$0.7bn of unfunded mine rehabilitation provisions and a further US$0.7bn of accrued but unfunded post-retirement pension liabilities.”

Tom Sanzillo, IEEFA’s director of finance, noted that by market capitalization the company is no longer the largest private coal producer in the U.S. Investors viewing the company’s mine-able reserve levels have legitimate concerns as revenues plummet, cost pressures squeeze margins and the company continues to reduce capital expenditures.”

Sanzillo and Buckley note also that despite a production rate of 36-38Mtpa, providing huge scale, Peabody’s Australian business has seen gross earnings year-to-date down 89 percent year-on-year to only US$31m. This gives Peabody an Australian gross profit margin of less than 2 percent, a fraction of the 13 percent reported in the previous corresponding period. This reflects average realized selling prices down 15 percent year-on-year to US$71/ton (US$67/ton in the latest quarter) while operating costs have only been reduced by 4 percent to US$70/ton.

“Having massively over-invested at the peak of the coal cycle in buying Macarthur Coal in late 2011, Peabody has now cut all discretionary capital expenditure,” Buckley said. “All new growth initiatives have been shelved and maintenance expenditure has been reduced to only a third of the annual US$650m depreciation and depletion charge. Despite management commentary referring to strong underlying demand, the Energy Information Administration reports US domestic coal consumption is down year on year to date in 2014, and down 21 percent from its peak in 2007. Likewise through the first eight months of this year, U.S. coal exports are down 16 percent compared to the year-ago period to 61Mt.”

Buckley added that if operating losses at the current rate continue, Peabody will increasingly find debt refinancing harder to complete, leaving pension and mine remediation liabilities unfunded and hence exposed.

“Neither part of the portfolio is working well,” he said. “The company—and many other U.S. coal producers—face days of reckoning as year-end financial performance caps off another year where company and industry turnaround promises have failed to materialize.”

“Going forward, the company faces a number of sleeper issues in the U.S.” Sanzillo added. “Its much-publicized holdings in the $5 billion Prairie State coal plant continue to falter and the fiscal burden on Midwest communities mount. In addition, Washington officials are completing their review of policies on royalty payments on U.S. coal exports.”