PCI coal for steelmaking soon to be impacted by decarbonisation 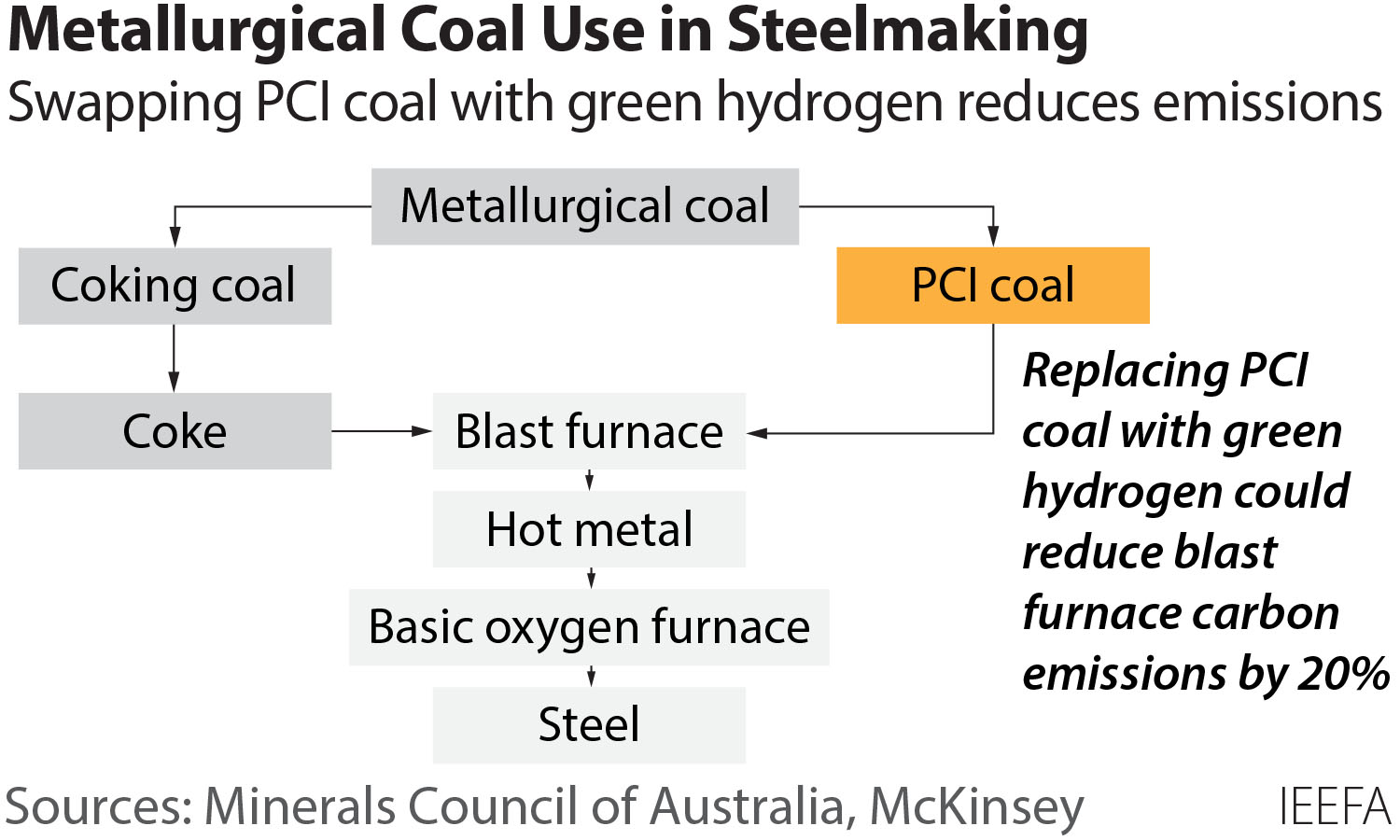 Hydrogen appears an early yet significant substitute in blast furnaces

Use of green hydrogen considered a promising way to decarbonise steel

An early use of green hydrogen in the steel industry will be in existing blast furnaces to replace pulverised coal injection (PCI) coal.

To reduce emissions, steelmakers are slowly starting to shift from blast furnaces to low- and zero-emissions steelmaking processes that don’t use coal.

PCI coal is facing an increasingly challenged future with Rio Tinto, BHP, BlueScope and Thyssenkrupp highlighting and exploring alternative options to its use.

PCI coal will be the first grade of metallurgical coal impacted by the decarbonisation of steel.

10 May 2022 (IEEFA): Steel-making companies are exploring replacing Australia and Russia’s increasingly expensive and supply-challenged PCI coal with green hydrogen as an early pathway to reducing emissions in the steel industry, finds a new report from the Institute for Energy Economics and Financial Analysis (IEEFA).

Australian PCI coal prices peaked at US$645/ton in March 2022, briefly surpassing that of premium-quality hard coking coal — PCI coal is more usually priced 20%-30% lower. Even after coming off this extreme high, PCI coal was still at a very high US$365/t in early April.

Opportunities for hydrogen are apparent short term in blast furnaces

“This is presenting challenges for the future of Australia’s PCI and coking coal,” says Nicholas, “particularly with opportunities for hydrogen apparent in the short term in blast furnaces and longer-term in direct reduced iron processes.”

A number of companies are already exploring the replacement of PCI coal with hydrogen:

Australia is the world’s largest exporter of metallurgical coal, shipping 167 million tonnes in 2021.

Nicholas says Australian thermal coal mine developers often suggest that a percentage of their proposed product will be sold as PCI coal, despite there being no certainty that any output from a proposed mine will be sold into the metallurgical coal market.

“With an increasing number of banks and other financial institutions ending their financing of thermal coal, it is useful to thermal coal miners to suggest that new mine developments will produce metallurgical, as well as thermal, coal,” he says.

It’s useful to thermal coal miners to suggest new mine developments will produce metallurgical, as well as thermal, coal

“By maintaining that new mine projects will produce metallurgical coal, developers can suggest such mines are less exposed to energy technology change. Low carbon steelmaking technology is not yet at the advanced stage of development as wind and solar power, which are now mature, low-cost alternatives to generation using thermal coal.

Modelled scenarios foresee a significantly greater role for low- and zero-emissions steelmaking processes such as scrap steel recycling and direct reduced iron (DRI), which can use green hydrogen instead of the metallurgical coal consumed by currently-dominant blast furnace technology — 70% of the world’s steel is produced via this method.

“Many steelmakers are prioritising the reduction of emissions at existing blast furnaces,” says Nicholas, “rather than immediately shifting production to DRI processes.

Wood Mackenzie sees PCI coal coming under particularly high pressure in a 2˚Celsius scenario with demand falling 50%. However, Wood Mackenzie’s scenario depends on a high roll-out of as yet unproven carbon capture and storage (CCS) technology. In the event that such a CCS uptake does not occur, emissions reductions via other methods would need to be increased to remain in line with 2˚C and PCI coal consumption would need to drop even further.

The war in Ukraine is yet another factor. Russia supplies virtually all of Europe’s low-sulphur PCI coal and the European Union ban on Russian coal imports – to take effect from August 2022 – will clearly have a major impact on this trade.

Australia is the only other major supplier of PCI coal but is unlikely to be able to make up for lost Russian supplies.

“At this stage of the global energy transition high coal prices – as well as energy security concerns – are only likely to accelerate a transition towards alternative technology,” says co-author of the report Soroush Basirat.

“The current high – but declining – cost of producing green hydrogen will seem less of an issue in a very high PCI cost environment.”

Read the report: The First Metallurgical Coal Grade to be Impacted by Decarbonisation – Replacement of Pulverised Coal Injection With Hydrogen Likely to Accelerate 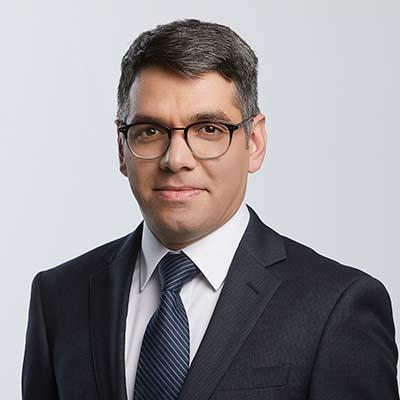