Nordic region leading by example since 2013 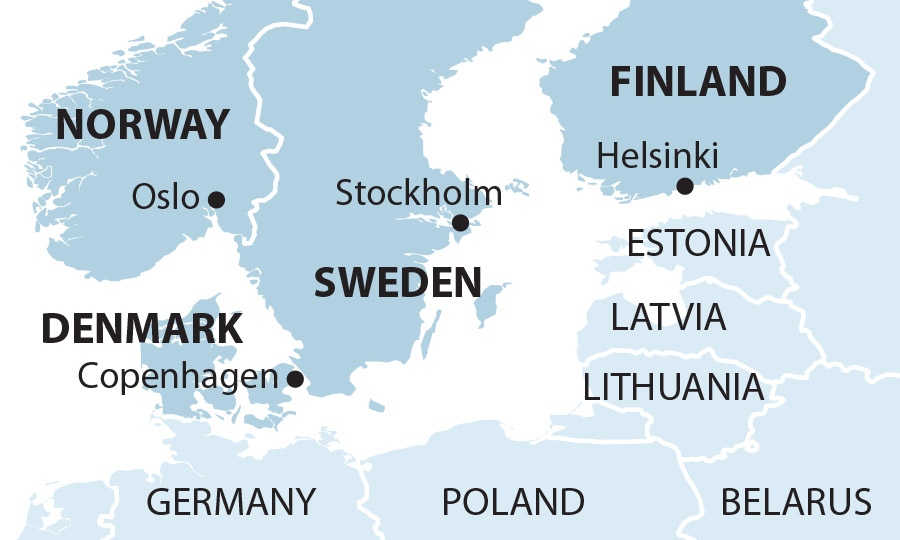 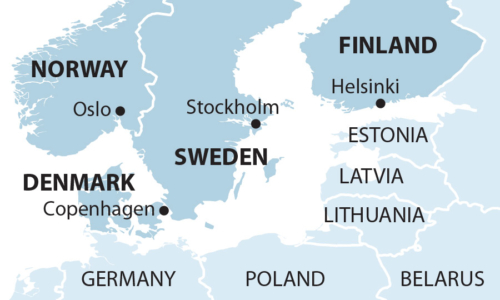 25 February 2020 (IEEFA Global): The Nordic region is leading the world when it comes to divesting from thermal coal finds a new report by the Institute for Energy Economics and Financial Analysis (IEEFA).

To date, 126 globally significant financial banks, insurers and asset managers/owners* have announced their exit from coal financing to reduce carbon emissions and align with the Paris Agreement in an attempt to keep global warming below 2°C.

Of those, more than 20 are from Denmark, Finland, Norway and Sweden – locally known as Norden (including Iceland).

The new report, Norden is Leading the World on Fossil Fuel Divestment highlights that financial institutions in the Nordic region are going multiple steps further and faster than firms elsewhere in the world in aligning policies with the Paris agreement. Divest-Invest means taking capital away from the high emission sources and redeploying that investment into cleaner more sustainable renewable energy, grid firming and energy efficiency solutions, and this report also highlights the increasing commitments to invest in zero emissions solutions by Nordic leaders.

Tim Buckley, author of the report and director of energy finance studies at IEEFA says while more recent announcements including from the world’s biggest asset manager BlackRock have kickstarted optimism that climate risk and fiduciary duties are finally being taken seriously, there is still a long way to go to align the financial world with Paris.

“The Nordic region have been leading by example since 2013,” says Buckley.

“EARLY TRAILBLAZING MOVES WERE INITIATED BY NORWAY’S ASSET MANAGERS STOREBRAND AND KLP. Since then, the pace of Nordic institutions announcing their exit from coal has become a stampede.”

Finland’s Ilmarinen Mutual Pension Insurance Company is one of 12 financial institutions to-date in 2020 to introduce new or tighter coal policies when it revised its responsible investment goals to achieve a carbon-neutral portfolio by 2035.

In researching for the report, Buckley found almost all of the major Nordic financial institutions have climate policies.

“In addition to exiting coal mining and coal-fired power plants, there’s been an increasing divestment of fossil fuels more widely – starting with tar sands – matched by increased investment in renewable infrastructure and climate friendly industries and a growing alignment with the Paris Agreement,” says Buckley.

Almost all of the major Nordic financial institutions have climate policies

“Nordic firms are demonstrating the serious responsibility such massive global institutions must take in their day-to-day and long term outlooks, both with passive funds and active investor monies, but also with the broader community.

“Some of these firms have wealth portfolios bigger than the economies of developed countries. They have a duty to lead and lead well because if they fail, they take us with them.”

Buckley notes exclusions by Nordic banks, insurers, and asset managers / owners have not led to reduced equity returns, quite the opposite given the decade long under-performance of the coal, oil and gas sector.

THE REPORT NOTES THAT NORDIC INVESTMENT IN RENEWABLES AND CLIMATE FRIENDLY POLICIES HAS INCREASED.

They have a duty to lead and lead well because if they fail, they take us with them

Sweden’s third largest private bank Swedbank has made it a priority to finance investments in renewable energy. Sweden’s largest private bank Handelsbanken is not initiating new business relationships with firms that are not working actively to ensure a transition to low emission alternatives, and the Nordic Investment Bank only invests in renewables and energy efficiency.

In April 2019, the Government of Norway announced GPFG could invest up to 2% of the Fund’s total assets in unlisted renewable energy infrastructure assets.

Given the magnitude of investment needed globally to decarbonise the global energy sector, IEEFA views this as a key policy step, voting to encourage firms to rapidly transition while divesting laggards and accelerating deployment of zero emissions, low risk renewable energy infrastructure. Recent leadership moves by Repsol of Spain and BP of England show promise.

BLACKROCK’S FIRST COAL DIVESTMENT POLICY ANNOUNCED IN JANUARY 2020 DOES NOT EXCLUDE COAL POWER PLANTS, AS YET, and only covers one third of their funds.

In comparison, Nordic firms have generally moved much faster and more thoroughly across the breadth of their businesses.

“The Nordic majors have continued to extend and tighten their divestment policies, understanding that alignment with the Paris Agreement requires moves well beyond ceasing the use of unabated thermal coal in the next decade or two,” says Buckley.

“The sheer size of Norway’s sovereign wealth fund accelerating fossil fuel divestment year on year since 2015 has attracted global attention. Far from being a lone example, the Fund’s alignment with the Paris Agreement is being replicated and endorsed by almost every major Nordic financial institution across both public and private entities.

“The world needs to embrace new low emissions alternatives and drive an aggressive reduction in our energy systems’ reliance on unabated fossil fuels as a key part of a wider decarbonisation of all economic activities.

“Financial institutions are increasingly accepting that thermal coal is the most carbon intensive and least technologically viable fossil fuel, and therefore a good place to begin divestment.”

“Although these are progressive moves, many policies are insufficient given the Paris Agreement requires a deep decarbonisation across the global economy,” says Buckley.

“An alignment with the Paris Agreement extends well beyond that of divesting / restricting coal.”

Read the report: Norden is Leading the World on Fossil Fuel Divestment

* IEEFA defines globally significant banks and insurers/reinsurers as having assets under management (AuM) or loans outstanding in excess of US$10bn, and globally significant asset managers / owners being in the global top 200 firms having assets under management (AuM) greater than US$50bn with coal exclusions across the whole portfolio.