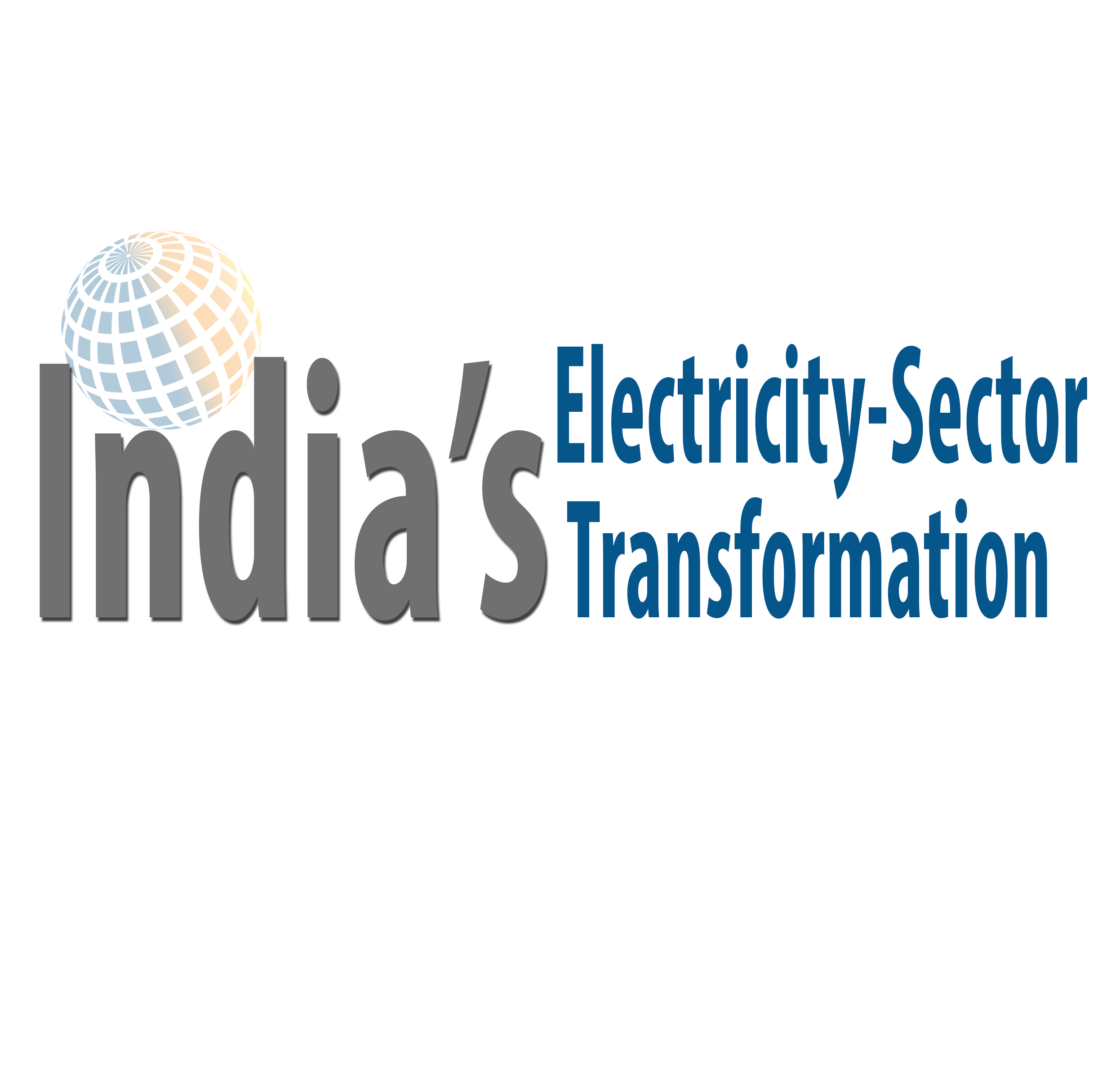 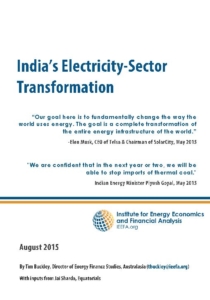 10 August, 2015: India’s ‘seven horses of energy’ electricity sector transformation is gathering pace, with far-reaching ramifications for renewable energy development and the structural decline of seaborne thermal coal, according to a new report released today by the Institute for Energy Economics and Financial Analysis (IEEFA) and Indian energy analysis firm, Equitorials.

The report – India’s Electricity Sector Transformation – states the Indian Government is on track to achieve its goals of doubling domestic coal production, modernising the electricity grid and installing 175GW of renewable energy, underpinning sustained economic growth in India of 6-8% pa.

“The profound transformation announced in 2014 by the Indian government is gaining momentum,” said Tim Buckley, Director of Energy Finance Studies at IEEFA. “While most financial commentators have questioned India’s capacity to deliver, all sign are pointing towards success.”

The installation of 175GW of renewable energy – equivalent to three times the electricity capacity of Australia – is one of a number of key policy initiatives that will enable the rapid transformation.

“India has opened the gates to a wave of multi-billion dollar investments in its renewable energy sector,” said Buckley. “There have been eight major deals in July alone with the single biggest international endorsement being SoftBanks’ US$20bn, 20GW solar joint venture.”

Facilitated by a US$50 billion grid upgrade, solar electricity is key, with installs of 75GW by 2021/22 capable of delivering 110TWh,or 22% of the required electricity increase.

“India is replicating Germany’s and China’s systematic electricity sector transformation, with the added advantage that the cost effectiveness of this is accentuated by the fact that the price of solar electricity has dropped by 80% in 5 years,” said Tim Buckley, Director of Energy Finance Studies at IEEFA.

According to IEEFA, taking wind installs to 60GW could deliver 18% of the required uplift, with a combined capacity expansion across nuclear, gas, biomass and hydro providing a further 26%.

In this context, the Government of India’s ambition to more than double Indian domestic coal production to 1,500Mtpa by 2021/22 would oversupply India with coal by 400Mtpa, with dire consequences for the seaborne thermal coal market.

While many commodity forecasters have assumed Indian imports will continue to grow, as a result of the transformation, IEEFA forecasts a peak in Indian thermal coal imports in 2015, with a rapid ~20% pa decline thereafter.

Energy Minister Goyal has made it clear that India’s reliance on thermal coal imports is not sustainable for the economy, rate payers nor commercially viable for the coal-fired power plants involved. Goyal in May 2015 said: “We are confident that in the next year or two, we will be able to stop imports of thermal coal.”

In July 2015, the Telangana and Madhya Pradesh state solar tender awards highlighted that solar electricity costs are already lower than that of imported coal-fired power generation. The tariffs agreed for solar were around 1 rupee/kWh cheaper than electricity from imported thermal coal and fixed for 25 years, which will result in a considerable deflationary impact.

“With falling prices of solar, imported coal has become the most expensive source of incremental electricity generation,” said Jai Sharda, co author and a financial expert from Equatorial research. “As momentum builds, it is inevitable that the Indian electricity market will rapidly pivoting toward a significantly higher reliance on renewable energy and energy efficiency,” Sharda continued.

“This is predicated on the fact that once built, renewable energy plants and energy efficiency initiatives have an almost zero marginal cost of production; while coal-fired power plants have a high marginal cost of production. Furthermore, Minister Goyal’s plan to access global debt capital markets will significantly lower the cost of renewables in India and accelerate the transition.”

The report is available here

Equitorials is founded by professionals with work experience across the domain of finance, with a view to provide world-class research and advisory services that investors can rely on, empowering them to make sound investment decisions.

The founders, hailing from top MBA institutes like IIM – Ahmedabad, have worked across asset classes like equities, debt, mutual funds and insurance and handled carious sectors. Equitorials conducts customized research for customers. Should you want more details on the financial modelling undertaken, please email or call the author, or Equitorials directly.