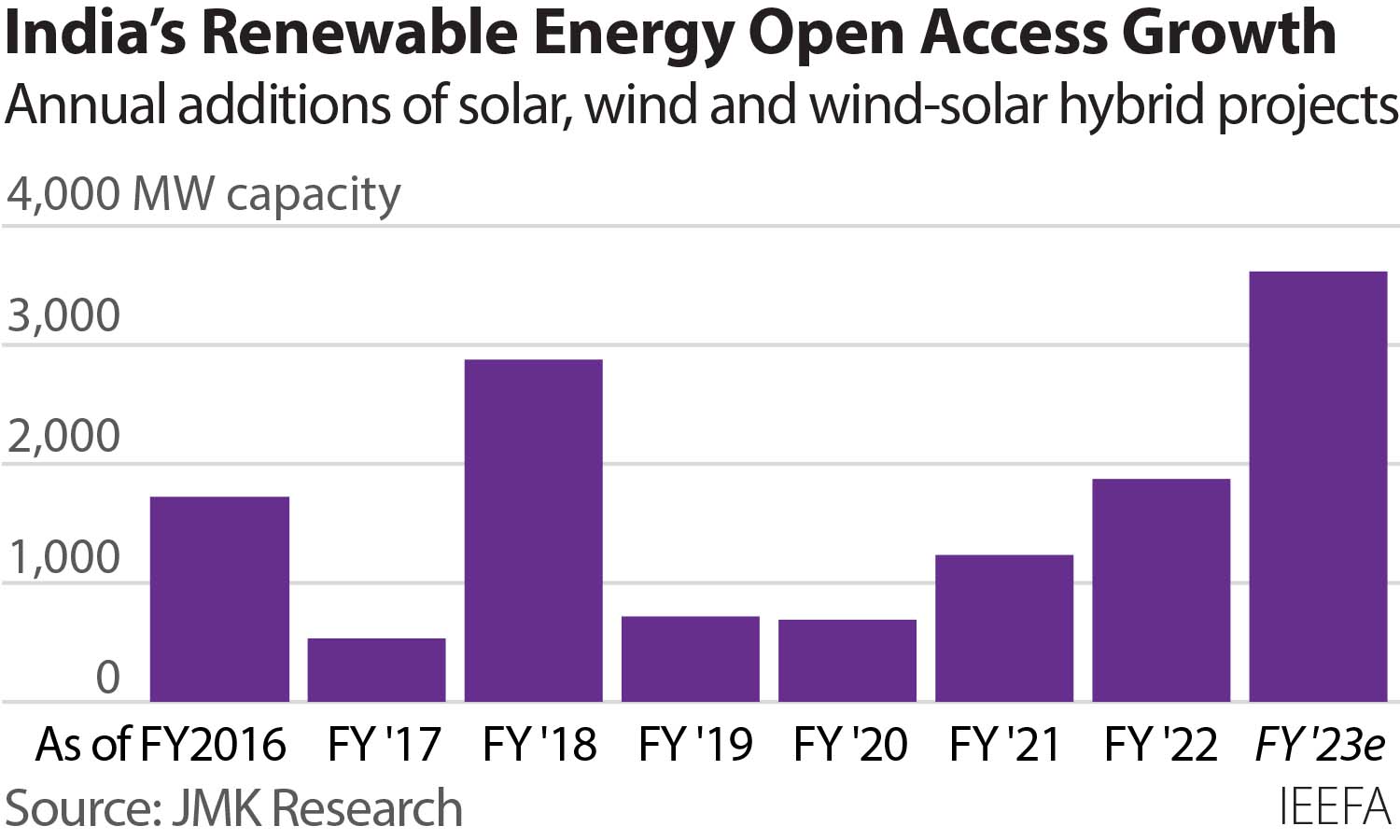 The lack of central and state tender activity has led many utility-scale project developers who only sold electricity to DISCOMs to venture into this space.

18 August (IEEFA & JMK Research India): The renewable energy open access (OA) market, which has been expanding in almost all key renewables-rich states in recent years, will continue to overcome policy hurdles to grow organically in the coming years, according to a new report by the Institute for Energy Economics and Financial Analysis (IEEFA) and JMK Research & Analytics.

“The growth of the open access market in India depends on policies and the regulatory environment at both the central and state level. Last year saw some positive developments in terms of regulations even as a few hurdles persist. The Green OA Policy, issued in June 2022, has the potential to completely reform the renewable energy OA market landscape,” says the report’s co-author Vibhuti Garg, Energy Economist and Lead India, IEEFA.

“We believe that efficient and timely implementation of the Green OA Policy by the states will help ease some existing regulatory challenges. Overall, we expect the renewable energy OA market to keep growing and be a major contributor to India’s clean energy target of 450 gigawatts (GW) by 2030 and also the government’s push for self-reliance in the energy sector.”

The report finds that despite several regulatory hurdles and price increases, the market has grown organically. From around 300 megawatts (MW) in 2009, the market size of renewable energy OA grew to ~10GW by the fiscal year (FY) 2022. Two-thirds of the 10GW capacity came online in the past five years (FY2018-FY2022). In FY2022 alone, nearly 1.9 GW of new renewable energy open access capacity was added.

“Hurdles, such as delays in the approval process for group-captive projects, are hampering the growth of the renewable energy OA market. Other roadblocks include unfavourable electricity banking provisions and increased penalties for deviation in power schedule,” says co-author Prabhakar Sharma, Senior Research Associate, JMK Research.

The report recommends that states should not impose further restrictive measures on electricity banking, at least until they achieve the central government’s renewable energy target. It also urges states to implement a multi-year tariff structure to provide better long-term clarity to developers/investors.

Besides regulatory challenges, the report notes that recent supply-side constraints have been significant headwinds for the renewable energy OA market. For example, solar module prices have risen in the past 18-20 months owing to supply chain constraints and increasing raw material prices, such as polysilicon, thus affecting the project viability

“India-specific challenges, such as the imposition of basic customs duty (BCD) of 40% on imported modules and paucity in domestic manufacturing capacity of high-wattage modules, are exacerbating an already worrying situation. An added risk is the forthcoming implementation of the approved list of models and manufacturers (ALMM) for OA developers from October 2022,” says co-author Akhil Thayillam, Senior Research Associate, JMK Research.

In order to keep the renewable energy OA market’s growth momentum intact, the report calls for the deferment of the applicability of ALMM on open access projects until significant development of domestic manufacturing capabilities takes place.

Giving an overall assessment of the renewable energy OA market’s prospects in India, Garg says, “With the OA market steadily maturing in India and the increasing awareness of C&I consumers about renewable energy OA, we expect the market to grow further.” Parmita Srivastava is a guest contributor at IEEFA. 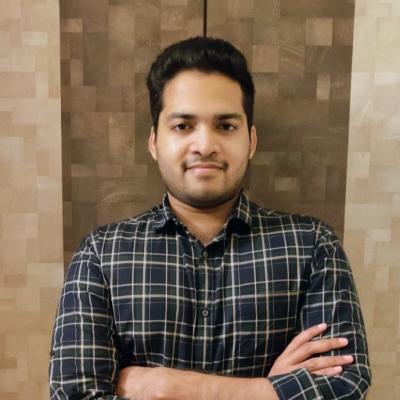