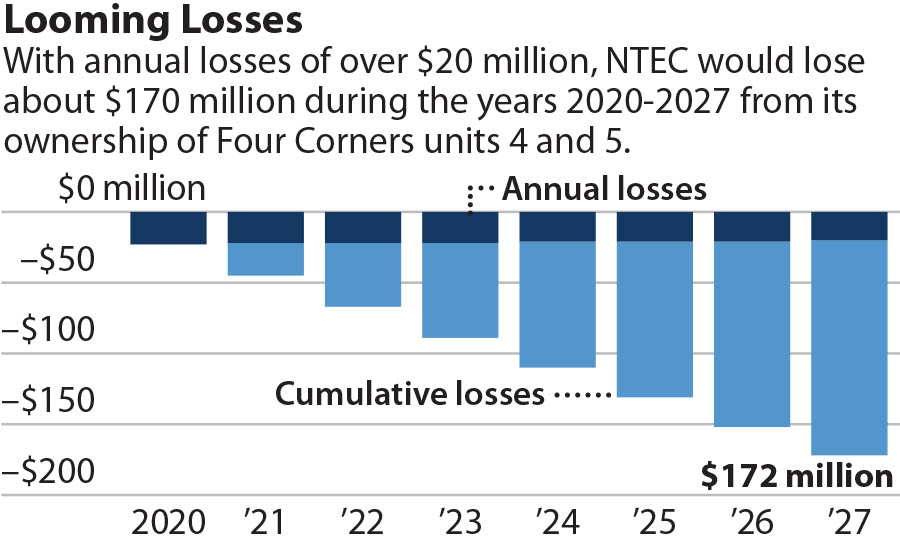 Dec. 13, 2018 (IEEFA) — The Navajo Nation government’s acquisition this past summer of a 7 percent stake in the struggling coal-fired Four Corner Generating Station in northeastern New Mexico will cost the Nation dearly, concludes a report published today by the Institute for Energy Economics and Financial Analysis. 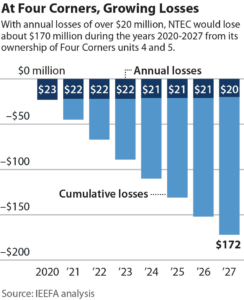 The report—“A Bad Bet: Owning the Four Corners Coal Plant is a Risky Gamble for the Navajo Nation and the Plant’s Other Owners”—sees the Navajo Nation losing approximately $170 million on plant operations from 2020 to 2027—in addition to the $100 million deal price—as the Four Corners plant continues to cede power-generating market share to natural gas-fired competitors and increasingly inexpensive utility-scale wind and solar operations in the region.

“Four Corners has been an increasingly unreliable and expensive source of power, and there is little reason to expect that this will change given the set of risks that the plant currently faces and will continue to face in coming years,” the report states.

David Schlissel, IEEFA’s director of resource planning analysis and author of the report, said Navajo Nation would do well to learn from its mistake in buying into the New Mexico plant: “Four Corners should serve as a costly lesson as to what the Navajo Nation would experience if it decides to acquire NGS too.”

The report notes also that current Navajo Nation leaders leave office next month and are said to be exploring buying NGS in a last-ditch bid to save it before a new administration takes over. The plant’s owners, a consortium made up mainly of utility companies, have scheduled NGS for closure at the end of 2019.

Full report here: “A Bad Bet: Owning the Four Corners Coal Plant is a Risky Gamble for the Navajo Nation and the Plant’s Other Owners”