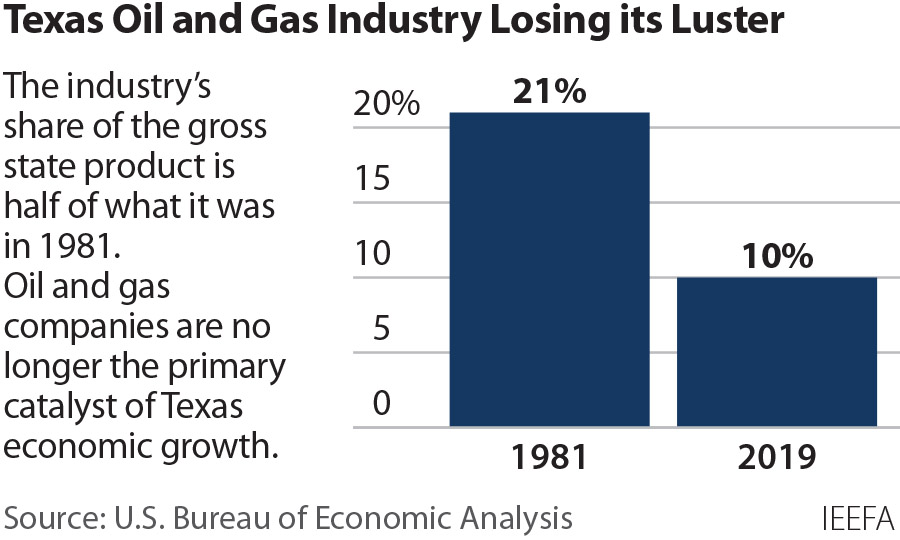 July 28, 2021 (IEEFA) ⎼ Texas policymakers, regulators and public opinion have long held that “what’s good for oil is good for Texas.” But Texas’s economy has become more broad-based and the oil and gas sector’s proportionate contribution has declined. State leaders face a new set of facts on the ground about the future of the sector’s role in the state economy and the fiscal health of certain rural counties, according to a new report by the Institute for Energy Economics and Financial Analysis (IEEFA). In April 2021, the Federal Reserve Bank of Dallas identified impressive economic data, such as the state’s hosting 30% of the U.S.’s refining capacity and 75% of its petrochemical production. But such numbers obscure the reality that the industry no longer drives economic growth in Texas.

“Tax revenue, employment and overall contribution to the state’s economy from the oil and gas industry has been in a slow decline for decades,” said Trey Cowan, an IEEFA oil and gas industry analyst and the report’s lead author. “Texas policymakers must recognize the potential risks of continuing to buoy an industry that faces unprecedented competition.”

The 10 highest oil-producing counties in Texas (which in 2019 were Glasscock, Howard, Karnes, Loving, La Salle, Martin, Midland, Reeves, Upton, and Ward) are highly dependent on the property tax paid by producers.  Eight of the 10 had more than 50% annual property tax contributions paid from assessments on oil and gas properties.

The industry has been confronted by competitive renewable energy in the electricity sector. At the same time, market forces and evolving policies have unleashed additional challenges to oil and gas in both transportation and petrochemicals.

Texas would benefit from a broader look at its economy and the direction of the energy transition. According to data released by the Bureau of Economic Analysis in 2021, oil and gas accounted for 21% of Texas’s gross product drivers in 1981. Today, the number is 10%. Meanwhile, the state’s service industry has leapt from 11% of the state’s gross product to 28%.

“Texas’s most promising solution to address the current economic reality is to embrace its multifaceted economy,” said Cowan. “Like investors, Texas policymakers should recognize the market forces that are causing portfolios to shift away from the oil and gas industry as its significance decreases in the global economy.”

The report contains the rationale for a new direction in economic planning and points to options that have been used by local, state and federal policymakers when confronted with the potential for disruption from realignment of market forces.

About IEEFA: The Institute for Energy Economics and Financial Analysis examines issues related to energy markets, trends, and policies. IEEFA’s mission is to accelerate the transition to a diverse, sustainable and profitable energy economy. 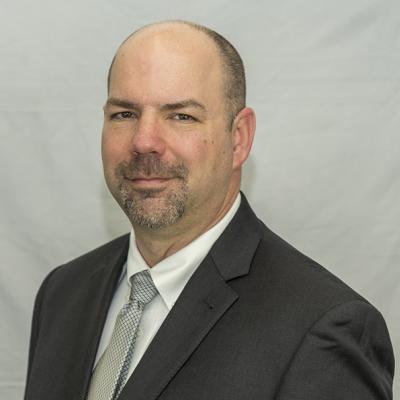