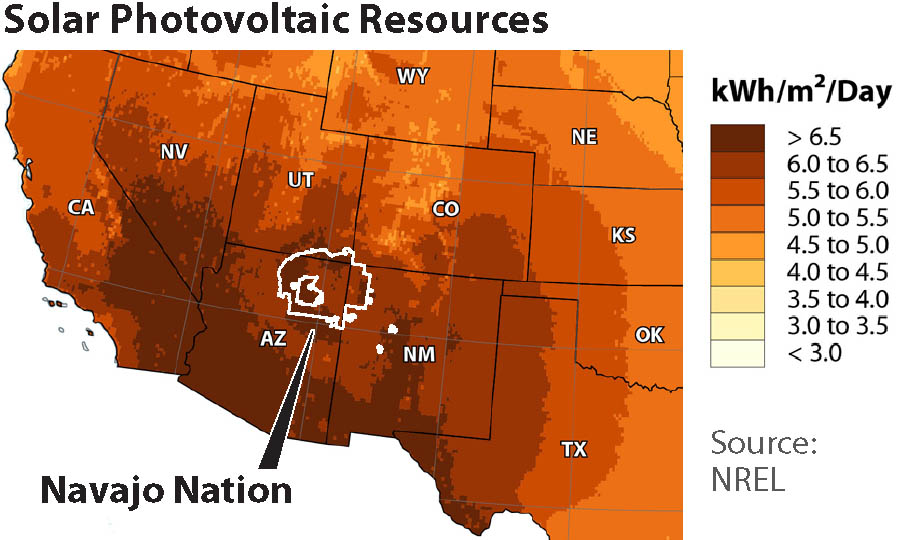 (IEEFA U.S.) — The federal solar tax credit should be extended by at least four years in coalfield areas, like the ones around the Navajo Generating Station (NGS) and Kayenta Coal Mine in Arizona, according to a briefing  note released today by the Institute for Energy Economics and Financial Analysis (IEEFA).

“Scheduled curtailment of the tax credit comes at the worst possible moment for vulnerable communities that are facing impending closure of a power plant or a coal mine that provides revenues critical for government services,” said Tony Skrelunas, Navajo, MBA, lead author of the brief and a former director of economic development for the Navajo Nation.

As it stands, the tax credit, which was created in 2005 and renewed by Congress four years ago, will be stepped down annually — from 30% currently to 10% by 2022. The credit is seen as a crucial catalyst to the still-nascent solar industry, which has yet to arrive full force in most communities that are being hit hard by the rapid descent of the coal-fired electricity-generation sector.

The IEEFA brief recommends accelerating efforts to build a regional utility-scale solar industry to help replace some of the lost tax revenue, a move that would be critical for creating jobs as well. 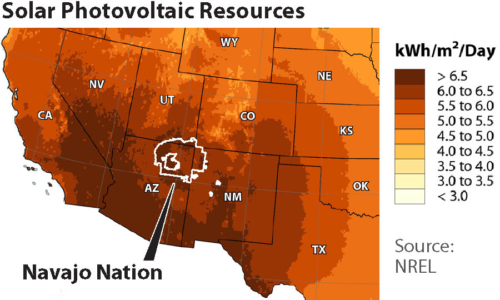 In addition, the brief emphasizes that the issue is not restricted to tribal lands. Many coalfield communities nationally — in Appalachia, the Powder River Basin of Montana and Wyoming, in New Mexico and elsewhere in Arizona — are also struggling as coal plants and mines are retired or shut down.

“Such an extension would support economic development in these areas, and it would be especially helpful if it were to give priority to communities that don’t have enough time to effectively respond to impending plant and/or mine closures,” Skrelunas said. “For tribal lands, we also recommend a special federal policy provision that that would allows tribes to partner with experienced developers in a way that maximizes monetization of the value of the tax credit.”

Excerpts from the IEEFA brief: