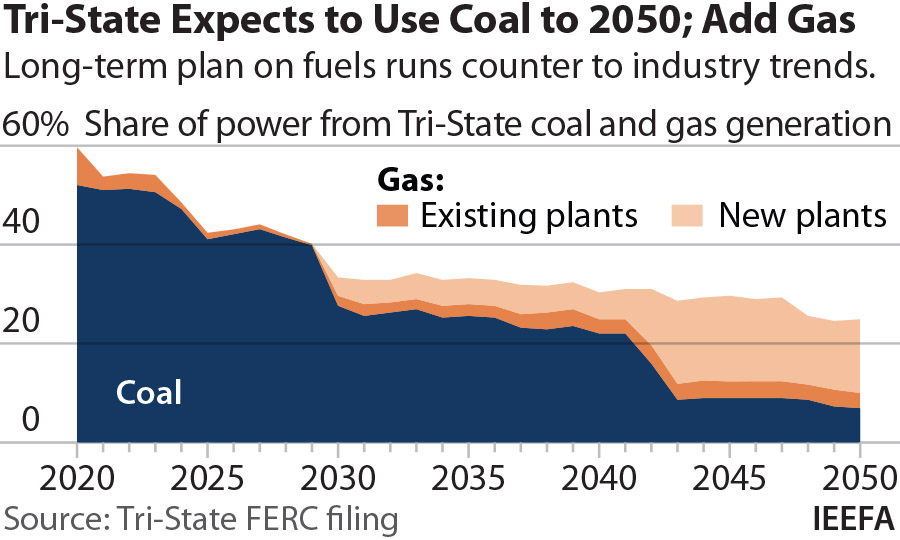 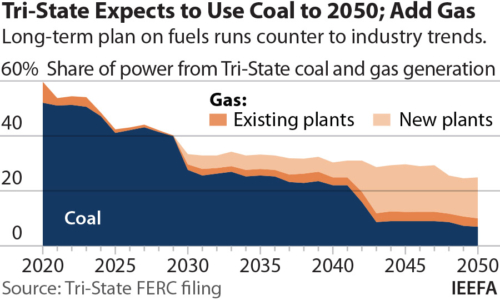 Nov. 17, 2020 (IEEFA) — One of the biggest power suppliers to rural electric co-ops in the U.S. is putting its business model at risk as members clamor for better access to renewable energy, more affordable rates, and more say in how they buy or produce power, concludes a report released today by the Institute for Energy Economics and Financial Analysis.

The report—With Long-Term Fossil Commitments, Colorado Electricity Wholesaler Is Alienating Cost-Conscious Co-ops—describes how Tri-State Generation and Transmission Association has angered and alienated member co-ops with its combative and domineering management style and how member dissatisfaction is growing.

The report describes three fronts on which Tri-State is losing member confidence:

The report details filings to regulators that show Tri-State currently plans to draw about 25% of its power from coal-fired resources through the 2030s while simultaneously expanding into gas-fired power for about 20% of its generation—at a time when major utilities in the region are aiming for 100% renewable generation.

“Change is imperative,” the report concludes. “Member disagreement over Tri-State’s commitment to fossil fuels will likely force the company to update its strategy. One possible outcome is that Tri-State’s role in the years ahead may simply become a “wires and poles” provider. Another is that it will become less committed to coal and gas and more responsibly invested in renewables.”