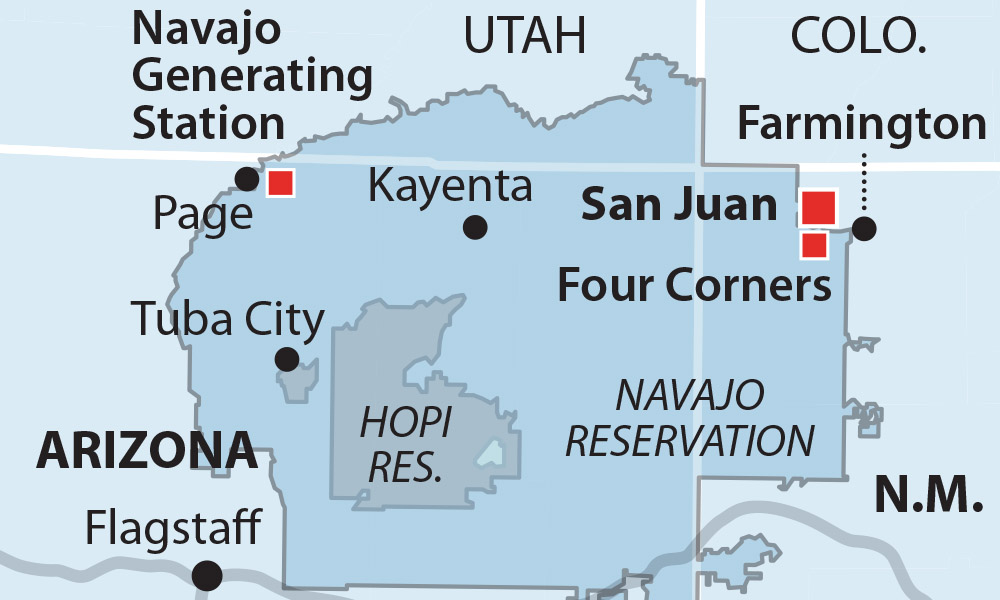 Sept. 29, 2019 (IEEFA) — A bill to encourage federal reinvestment in communities hurt by the closure of the Navajo Generating Station (NGS)-Kayenta Mine complex in Arizona suggests a model that could work for coalfield communities nationally, concludes a report published today by the Institute for Energy Economics and Financial Analysis.

The report—Bill to Spark Federal Post-Coal Reinvestment in Arizona Tribal Communities Is a Good Beginning—lauds legislation proposed last week by Rep. Tom O’Halleran calling for federal economic development and revenue replacement in the wake of the collapse of northern Arizona’s coal industry.

The report notes that the O’Halleran bill, called the PROMISE Act (Providing Recovery Opportunities & Mitigating Industry’s Shifting Economics), would create several ways for the government to reinvest in Hopi and Navajo communities that are being hit hard economically across the board by this year’s plant and mine closure. It is modeled loosely after programs run by the Department of Defense Office of Economic Adjustment, which was generously funded through congressional appropriations to mitigate the local impacts of base closures nationally beginning in the 1980s.

“The bill, importantly, does not call on Congress to appropriate funding for the initiative, leaving it mainly to the Interior Department to support the program ‘to the extent funds are made available,’” the report notes. “It does, however, appear to leave the door open for congressional appropriations, which are likely to prove crucial to the success of the initiative.”

The legislation highlights the fact that NGS and Kayenta came into existence mostly through federal policy actions and that the federal government owns a stake in the soon-to-be-closed NGS, “implying—correctly—that federal transition support is simultaneously appropriate and obligatory,” the report states.

The bill advocates direct payments to tribal and local governments to compensate for losses due to the closure of the plant and the mine under a schedule that would replace 80 percent of lost revenue initially, reducing by 10 percentage points annually over the life of the seven-year program, to 20 percent in the final year.

“The bill could very well serve as a template for broader bipartisan legislation supporting federal reinvestment in coalfield communities nationally, including in Kentucky and West Virginia and the Powder River Basin of Montana and Wyoming, regions that are taking disproportionately heavy casualties as power-generation demand for coal recedes and local coal-based economies adjust to new market realities,” the report states.

The bill is co-sponsored by three other members of Arizona’s congressional delegation.

IEEFA U.S.: Powder River Basin mines may reopen, but the bad news is far from over