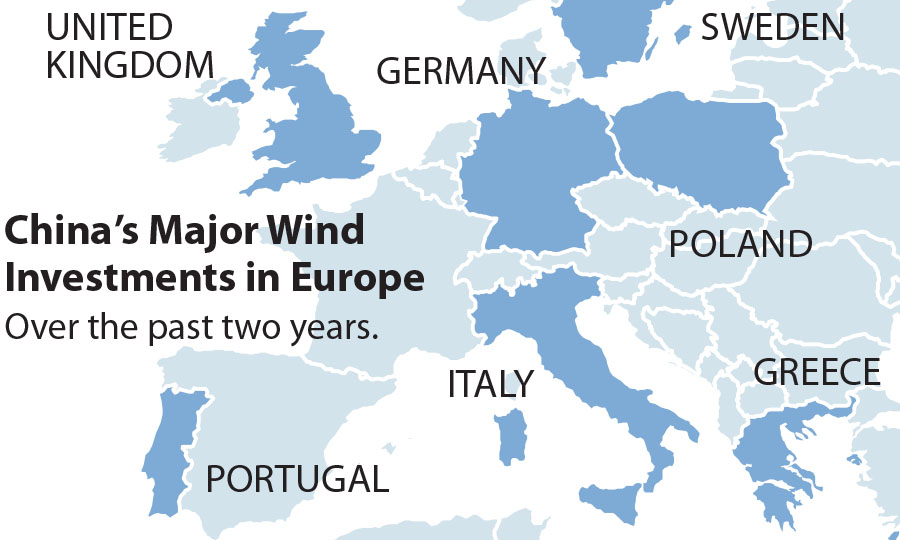 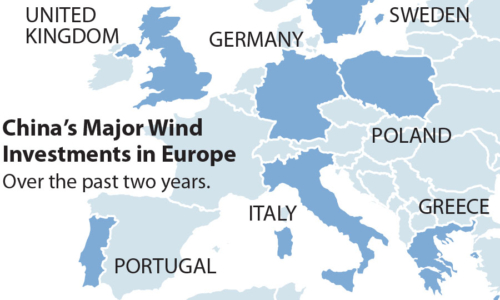 Most of the wind-investment activity has been in Europe.

“China is now a driver of the European energy transformation, and its international leadership in low emissions sectors of the future are entirely aligned with efforts to increase China’s global economic influence,” said Simon Nicholas, a Sydney-based IEEFA energy analyst. “While Chinese foreign renewable energy investments were boosted by the launch five years ago of its Belt and Road Initiative (BRI), its foreign renewable energy investment now extends well beyond that framework.”

“This is a superpower taking its energy policy global,” Nicholas said.

Highlights from the full brief:

The brief builds on an IEEFA paper published in January that described how China has become a leading global renewable energy investor, “defying an overall slowdown in Chinese overseas investment as the country further positioned itself to dominate in new energy technologies such as batteries and electric vehicles.”

That report put China’s 2017 investment in new energy technology and resources at US$44 billion, up from US$32 billion in 2016.

In 2017, the Chinese government began restructuring its power-generation sector in an effort to reduce reliance on coal and export China’s renewable energy technology while continuing to promote its coal technology in foreign developing markets.

Chinese foreign energy investment from 2003 to 2017 was dominated by hydro and coal-fired power, with wind and solar coming to the fore more recently by way of technology gains, efficiency improvements, and dramatic declines in cost.

The memo notes, however, that while Chinese wind and solar investment goes well beyond the BRI to developed nations, coal-fired power activity remains high within the BRI and in other developing countries.

“From 2003 to 2017, the majority of China’s foreign power investments in Southeast Asia went to hydro (US$45 billion) and coal (US$12 billion) projects, amounts significantly higher than Chinese wind investment in the EU (US$6.8 billion) and Australia (US$5 billion).[1] Although this trend is influenced by the fact that wind and solar investment has ramped up only within the last few years, it is clear that Chinese coal power investment is restricted more to the BRI and to developing countries.”