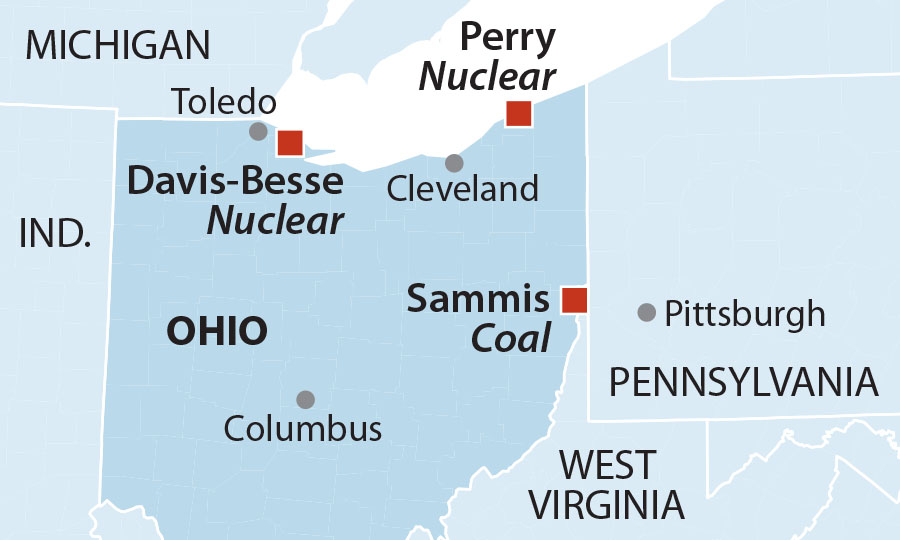 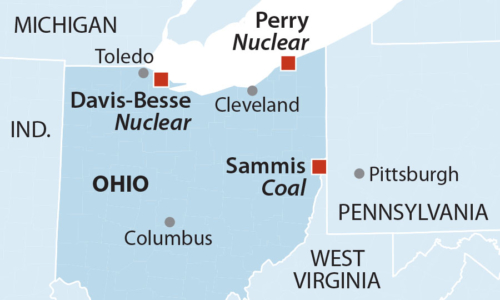 (IEEFA U.S.) – A bill before the Ohio General Assembly (HB 6), aimed at rescuing FirstEnergy Solutions’ economically uncompetitive aging nuclear and coal-fired power plants is misguided, according to a briefing note released by the Cleveland-based Institute for Energy Economics and Financial Analysis (IEEFA).

The briefing note: Bailout Bill a Bonanza for FirstEnergy Solutions, may end up costing Ohio consumers and businesses more than $300 million per year “in perpetuity,” according to IEEFA.

“Proponents of this ill-advised bill are using misleading arguments to warn about nonexistent dangers to the electricity supply and rising energy costs,” said IEEFA director of resource planning analysis and author of the briefing note David Schlissel. “The data shows, to the contrary, that Ohio has ample energy supply and that retiring the plants in question would in no way undermine the reliability of the system or raise costs.”

The bill would keep open FirstEnergy Solutions’ Davis-Besse and Perry nuclear power plants and could also provide revenue for the Sammis coal-fired plant in Ohio. There is no evidence to suggest that extending their operational lifespans would benefit consumers.

PJM, the operator of the regional electricity market, has concluded that the deactivation of FirstEnergy Solutions’ nuclear power plants in Ohio and Pennsylvania will have no effect on the reliability of the electric power grid.

As for the claim that retiring the nuclear plants will lead to increased electricity rates, it is apparently based on several studies done over the past two years for FirstEnergy Solutions and a group called “Nuclear Matters” by The Brattle Group, a consulting firm.

“Those studies by the Brattle Group were based on misleading assumptions about the cost of renewables and inflated notions about how much energy the nuclear plants were actually providing to the system,” said Schlissel. “This bill is clearly designed to benefit FirstEnergy Solutions and not Ohio ratepayers.”

IEEFA recommends that Ohio follow the lead of New York state and allocate resources to support the tax bases of school districts and communities undergoing economic transition caused by the closure of coal and nuclear plants.

The briefing note suggests that the state design a program to support workers who lose their jobs when coal and nuclear plants close. Such a program should also include thorough and timely clean-up and decommissioning of these facilities, with hiring preferences given to former plant employees, according to IEEFA.

Briefing Note: Bailout Bill a Bonanza for FirstEnergy Solutions but a Boondoggle for Ohio Consumers

The Institute for Energy Economics and Financial Analysis (IEEFA) conducts research and analyses on financial and economic issues related to energy and the environment. Based in Cleveland, Ohio and with a global network of experts, the Institute’s mission is to accelerate the transition to a diverse, sustainable and profitable energy economy.