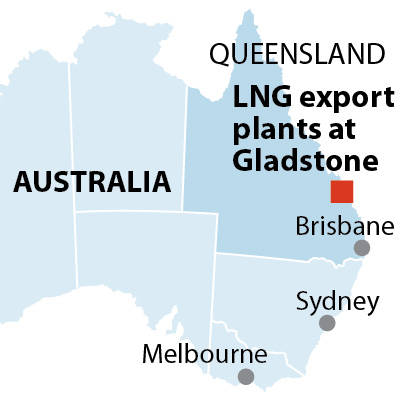 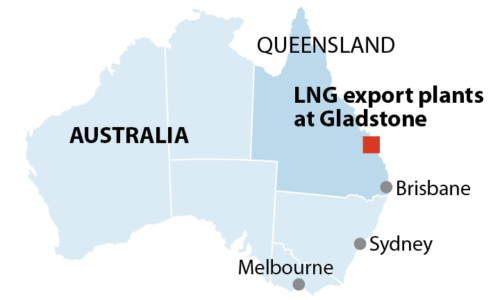 June 5, 2017 (IEEFA.org) – The Institute for Energy Economics and Financial Analysis today published a report detailing how a complex of expensive new liquefied natural gas plants on the east coast of Australia are struggling to stay open in the face of a global gas glut.

The report—“Australia’s Export LNG Plants at Gladstone: The Risks Mount”—sees the export plants at increased risk of closure and predicts shutdowns within two years.

“Some of the liquefaction trains at Gladstone will cease production altogether as the expanding gas glut puts relentless downward pressure on gas prices,” said  Bruce Robertson, an IEEFA analyst and author of the report. “Demand by the world’s largest LNG importer, Japan, has been shrinking, and growth in China and other emerging markets has failed to keep up with the boom in supply. Nominal global liquefaction capacity closed 2016 significantly oversupplied—29 percent above demand.”

“In all resource markets, highest-cost producers have to curtail production first,” Robertson said. “The three Gladstone plants sit at the very apex of the global cost curve, so these plants will feel the pressure to shut in capacity most acutely.”

The report concludes that contract defaults and renegotiations are likely between Gladstone plant operators—which include Shell, Santos and Origin Energy/Conoco Philips—and their customers.

It asserts emphatically that investors are at risk in the Gladstone ventures. The plants were placed online from late 2014 through late 2016.

Robertson said the multibillion-dollar projects are a stark testament to poor domestic energy policy. The Gladstone plants, designed to export liquefied natural gas from coal seam gas, are failing even as Australia is battered by high prices for natural gas.

“We are seeing prices in Australia for both contract and spot gas well in excess of what customers pay in North Asia,” Robertson said. “Australian industries are going broke, investment is not flowing into Australia, and domestic consumers are left shivering in winter. All the while, the government is fiddling around and allowing the gas cartels to fleece Australian consumers.”

The report concludes that none of four current schemes to ease Australia’s natural gas price crisis are viable.

“As the glut deepens and balance sheets continue to deteriorate, investor patience will be severely tested,” it states.

“The three proposed expansions in potential domestic supply are all uneconomic. They all fail to acknowledge that the world is in a low-priced gas environment for the foreseeable future. All three proposals would supply gas at well above global prices. Likewise, the import terminal proposal is no solution to Australia’s current domestic gas price crisis, as it provides gas to the domestic market at a price that includes the cost of liquefaction and transport to Asia.”

Additional excerpts from the report: