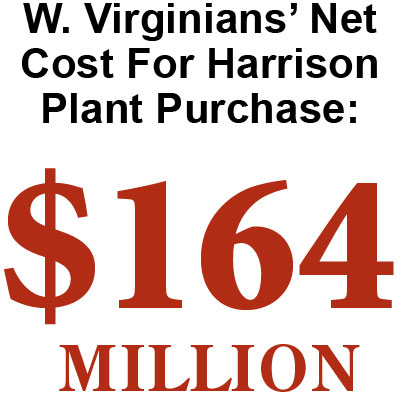 CLEVELAND, Sept. 7, 2016 (IEEFA.org) — The Institute for Energy Economics and Financial Analysis today published a memorandum explaining how Peabody Energy’s plan to emerge from bankruptcy will probably result in a second bankruptcy.

“It is overly optimistic on financial projections in key areas, in its coal-production outlook and in its expectations for cost-control results,” said Tom Sanzillo, IEEFA’s director of finance and the author of the memorandum. “It fails to acknowledge that a post-bankruptcy Peabody may not be able to meet its self-bonding solvency requirements. The plan also misrepresents the true size of company assets and suggests wrongly that Peabody will be a larger enterprise than is likely.”

In a companion blog post today on IEEFA’s website, Sanzillo wrote that the bankruptcy plan the company filed this summer in U.S. federal court “will most likely end ironically … in another bankruptcy, that is.”

Sanzillo said the Peabody bankruptcy bears a striking resemblance to that of Patriot Coal, a Peabody spinoff that emerged from bankruptcy in 2013 only to collapse again in 2015.

“While Peabody’s financial condition is different in many respects from Patriot’s, the similarities are striking, especially in terms of stated coal reserves, overly optimistic cost-management strategies and declining revenue potential in a weak market,” Sanzillo said.

Excerpts from the memorandum:

– The plan presents an overly optimistic profile of the company’s coal production and cash margins, especially in its operations in the Powder River Basin (PRB), the workhorse region for the company.

– In stating that its PRB operations will increase annual coal production from 100 million tons in 2016 to 131 million tons by 2021, the company is presenting numbers that are jarring. The outlook all but ignores competition in the region and falling demand for coal, and is offered in stark and dubious contrast to United States Energy Information Administration (EIA) estimates that total coal production growth in the Powder River Basin will range over that period of time from only 14 million to 36 million tons.

– Peabody’s own outlook for total U.S. annual coal production makes the audacious assumptions in its business plan even more glaring. The company itself—even as it asserts it will increase Powder River production by 31 million—says it sees the U.S. coal industry as a whole increasing production by 20-25 million tons annually between 2016 and 2021.

– While Peabody anticipates that its annual average per ton PRB revenues over the plan period (2017-2021) will decline by 8% from its 2015 average PRB per ton revenues, the company says it will somehow maintain its profit margins through a program of aggressive cost controls. The business plan assumes basically flat costs for the next five years, which is unlikely.

– Peabody states that it currently has 6.3 billion tons of proven and probable reserves, including 2.9 billion tons in the Powder River Basin. These numbers inflate the company’s assets and make it appear as if the company is bigger than it is.

– Peabody’s bankruptcy is reminiscent of the bankruptcy of Patriot Coal, which Peabody spun off in 2007. Industry consensus was that Patriot failed because it did not adequately align the company’s expenses and liabilities, particularly its pension and environmental challenges, with weak revenue potential in a declining coal region (Appalachia). In December 2013 the company emerged from bankruptcy only to file for bankruptcy again, in May 2015. While Peabody’s financial condition is different in many respects from Patriots, the similarities are striking, especially in terms of stated coal reserves and in being overly optimistic about the effects of its cost-management strategies.

– Peabody’s presentation of its financial condition is misleading. The company acknowledges declining revenues and continued downward pressure on coal prices over the plan period. It projects modest margins and a tight cost control program. IEEFA sees a high likelihood of slippage. We have commented before on an aborted sale of some of Peabody’s western coal mines and its inability to execute a value swap for some of its Illinois Basin properties.

– The company’s forward looking statements suggest that its claim to 6.3 billion tons of proven and probable reserves, that is, economically minable coal, is an overestimation. An overestimate of coal reserves and related asset values at this time in the company’s financial history undermines the efficacy of the bankruptcy process, frustrates state regulators as they try to manage environmental liabilities and impedes the diligence needed to restore the company’s access to the bond and equity markets.