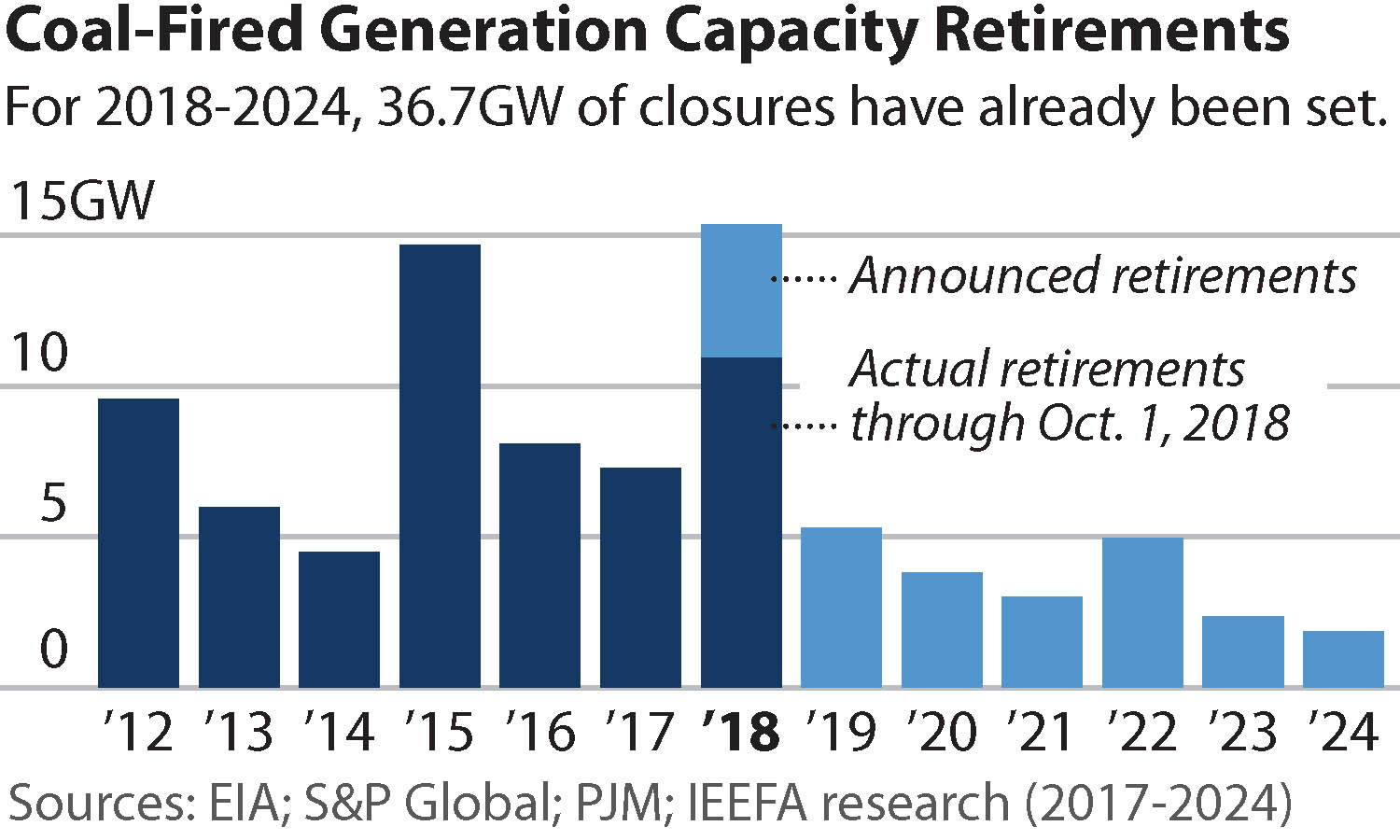 Oct. 25, 2018 — U.S. coal-fired power plant closures are on pace this year to set a record, concludes a research report published today by the Institute for Energy Economics and Financial Analysis.

The report — “Record Drop in U.S. Coal-Fired Capacity Likely in 2018: Utilities Are Accelerating Shutdown Dates as Plants Grow Increasingly Uneconomic”— details how announced capacity retirements for 2018 will likely total 15.4 gigawatts by the end of the year. It details retirement of 44 units at 22 plants in more than a dozen states. 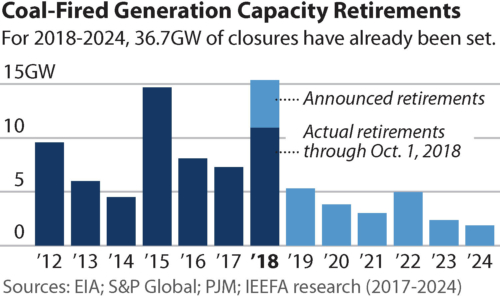 “The competitive environment for coal-fired power in the generation marketplace is becoming ever more challenging as the price of renewables continues to fall and as natural gas prices are expected to remain low for the foreseeable future,” said Seth Feaster, and IEEFA data analyst and author of the report, which sees an additional 21.4GW of coal-fired capacity closing over the next six years.

The report includes tables that list announced closings by size, location, and planned date of retirement.

The report draws on data is from retirements and cold closures reported by the Energy Information Administration; corporate announcements and company integrated resource plans; grid operator documents; and news reports.

It does not include “zombie plants,” which remain technically in operational status even if they have been run infrequently or not at all in recent years or units that are known to be currently under corporate review for retirement but for which no announcement has been made.