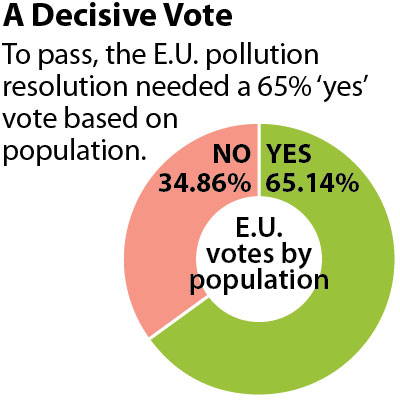 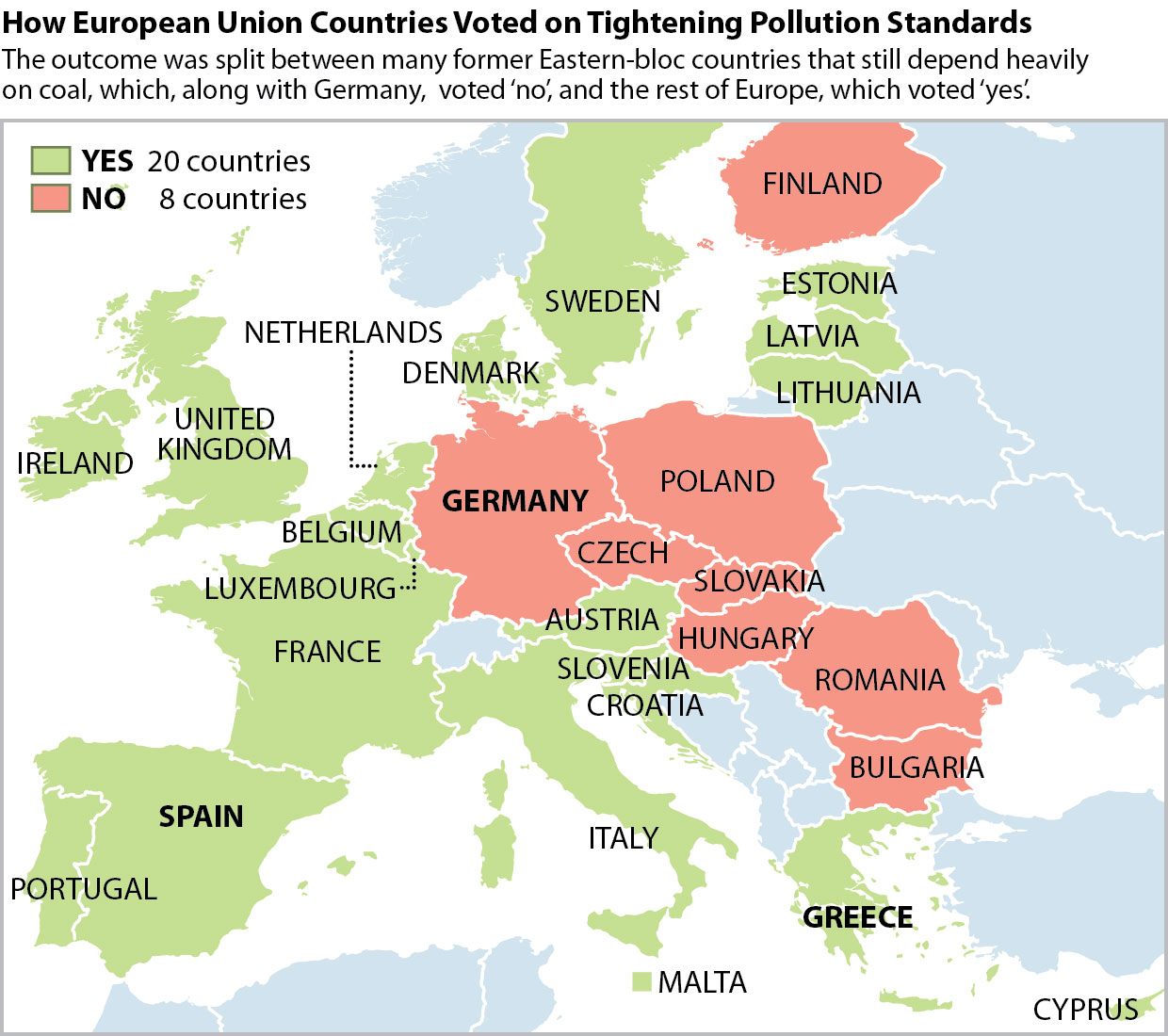 May 8, 2017 (IEEFA.org) — More than 100 separate power plants—representing one-third of Europe’s large-scale coal-fired power plant capacity—face costly air quality upgrades or closure as a result of new European Union emissions limits, according to an analysis published today by the Institute for Energy Economics and Financial Analysis (IEEFA).

“These regulations will further undermine and in many cases shatter the fragile economics of coal generation across the EU compared with gas and renewables,” said Gerard Wynn, a London-based IEEFA energy finance consultant and co-author of the report, “Europe’s Coal-Fired Power Plants: Rough Times Ahead: Analysis of the Impact of a New Round of Pollution Controls.”

“The cost of compliance will be prohibitive for many of these installations, given the market outlook and other headwinds,” Wynn said. “Owners will either have to make significant investment and technical changes in just four years, or decide to close the plants altogether or significantly restrict their operating hours. Whichever way they turn, additional cost is unavoidable.”

The new standards, described in a “best available techniques reference document” for large combustion plants, are to be implemented by 2021. “BREF,” as the requirements are known, represent significant additional financial stress for much of a coal power fleet already under pressure and struggling to remain profitable, Wynn said. 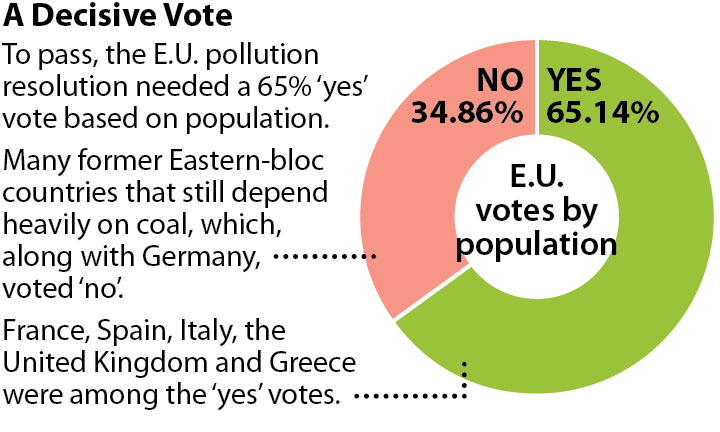 “THE NEW REGULATIONS WILL BE OF MAJOR INTEREST TO INVESTORS as they look at utility investment portfolios and emerging opportunities in the rapidly evolving European energy market,” Wynn added.

Major markets including Poland, and leading utilities such as ENEL, EDF, Drax & CEZ, are especially exposed to
what Wynn called a “cough-up, wind-down or shut-down” compliance choice.

“This is about making the best of a bad situation from those exposed to BREF compliance. New regulations have been on the horizon for some time. In some cases, the owners of these polluting plants have already invested billions of euros to keep them online. Operators should realize they simply cannot catch up with forward-moving regulation. The sooner these plants close, the less risk exposure for the operators in question.”

The IEEFA analysis identified the biggest polluters, or the “lowhanging fruit,” that is, the plants facing the costliest retrofit investments, a total of 108 plants with a combined 187 gigawatts (GWth) of thermal capacity. That group includes about 35% of all larger coal, lignite and biomass power plants, by capacity, and 18% of the total, across Europe. The low-hanging fruit were defined as those at least 40% above the new BREF emissions limits, using the latest publicly available emissions data.

Paolo Coghe, an Acousmatics energy consultant and co-author of the report, said: “Cracks are starting to appear in the strategy of investing in old polluting plants to keep them alive with government-backed regulatory schemes. Driven by economic and technological trends, as well as by targeted policies such as BREF, old coal plants are increasingly performing all sorts of acrobatics to keep running.”

BREF regulations will see Europe brought in line with corresponding emissions limits in China and the U.S. More regulation is likely over time, reinforcing the case for older, more polluting coal plants to close now and cut their losses, rather than continue to retrofit. Not only do coal and lignite power plants have to consider potentially costly retrofits, but should also be aware that any delay in this investment may raise costs further. 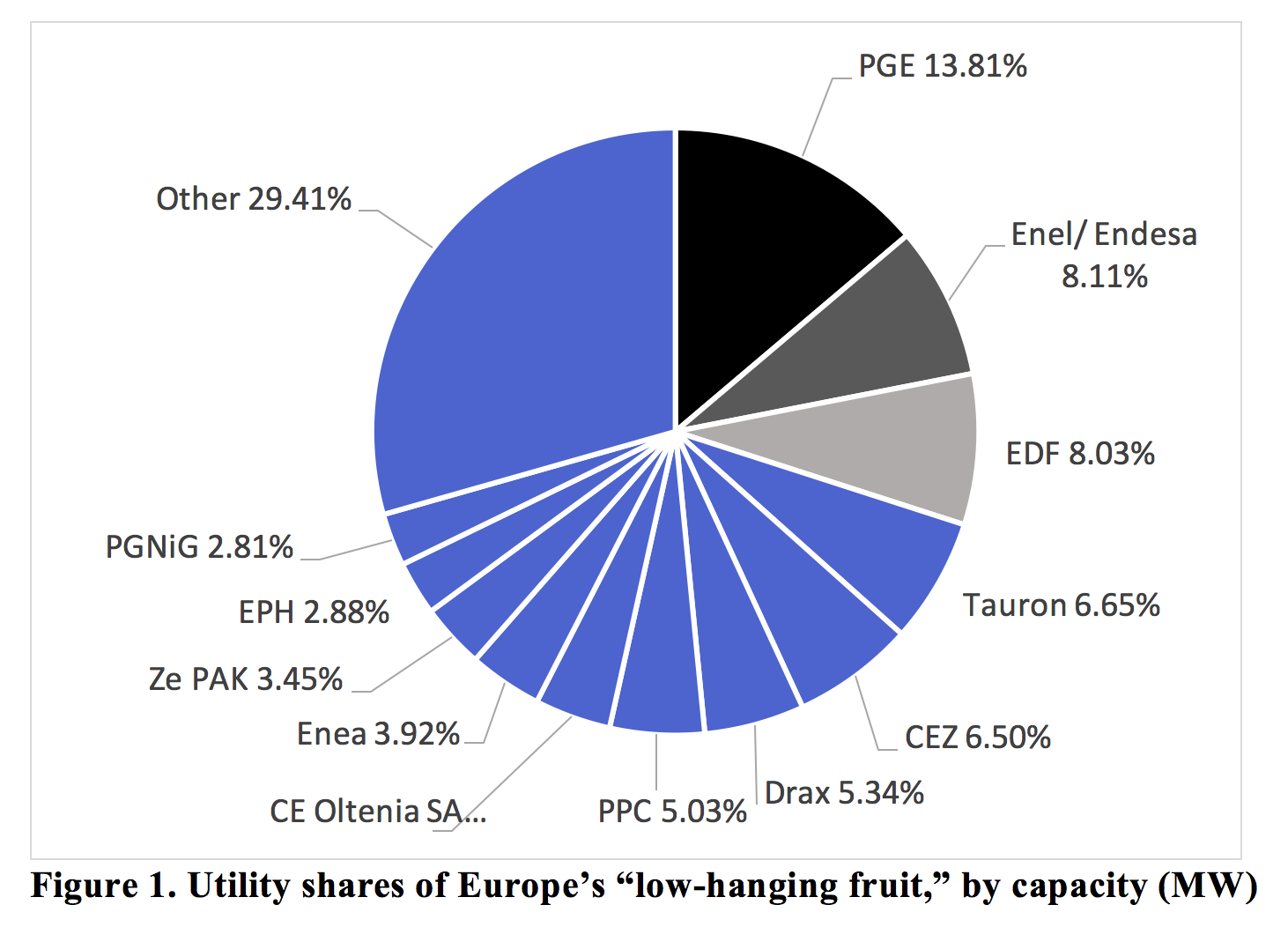 Paolo Coghe is president of Acousmatics.
Go to Profile
>