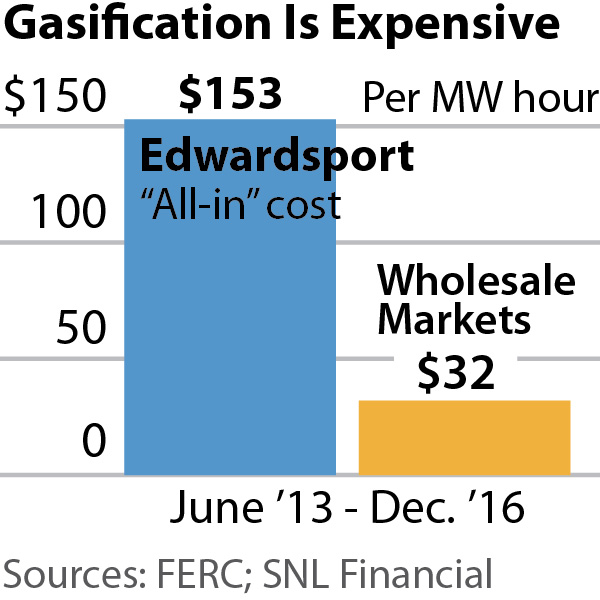 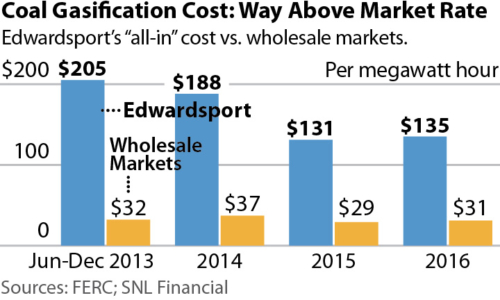 “Efforts to gasify coal for power generation have been major failures, technologically and financially,” writes David Schlissel, the author of the report and IEEFA’s director of Resource Planning Analysis. “Both Kemper and Edwardsport have been economic disasters for consumers and investors alike, and a number of important and painful lessons have emerged from Kemper and Edwardsport.”

The report concludes further that coal-gasification technology is an especially poor bet today given the declining costs of solar and wind resources and the expectation that natural gas prices will remain low for the foreseeable future.

Among the report’s findings:

Schlissel noted that only two of the 25 coal-gasification electricity generating plants proposed in the U.S. since 2000 have ever come on line (Kemper and Edwardsport), and that Kemper, under pressure from utility regulators in Mississippi has abandoned its original mission of burning coal for electrification and is now a natural-gas plant.

“That leaves Edwardsport as the sole remaining plant built in the U.S. in the last decade burning gasified coal to produce power.”

“It is the only modern plant built around ‘clean coal’ gasification technology that continues to be promoted as a viable way to generate electricity but in fact is not. Edwardsport has been plagued by technological problems, and four years after opening is still not running properly. Because of its operational problems and its huge construction cost overruns, Edwardsport’s electricity is wildly expensive. Power from the plant costs more than five times what electricity sells for in wholesale energy markets in Indiana.”

“Some in the electric utility and coal industries continue to push for new coal-gasification projects, even though natural gas plants are much less expensive to build and are more reliable, and wind- and solar-generated electricity is cheaper,” Schlissel said.

IEEFA Update: 8 Things in the DOE Report That the U.S. Coal Industry Wishes Weren’t There