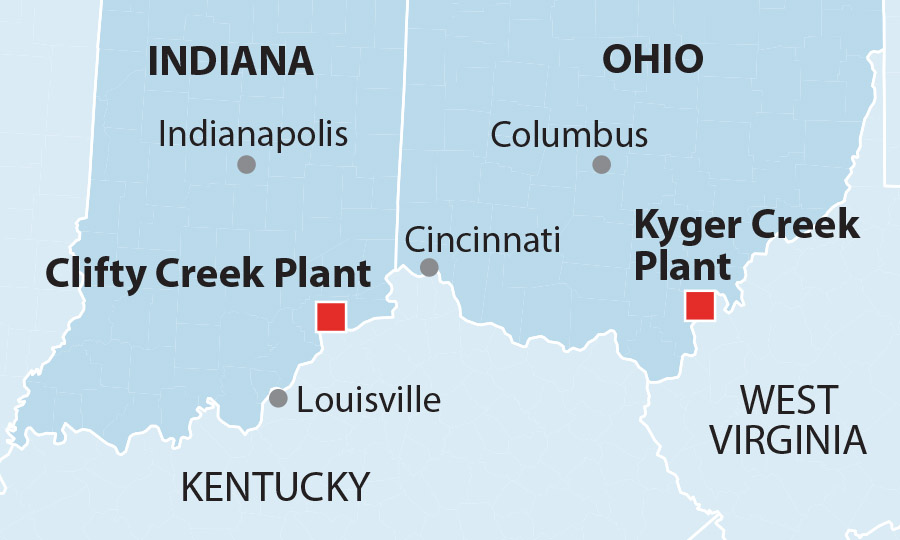 April 8, 2020 (IEEFA U.S.) – Hoosiers could be on the hook for an additional $128 million as a result of House Bill 1414 which was passed by the Indiana General Assembly in March, according to a report released today by the Institute for Energy Economics and Financial Analysis (IEEFA), an Ohio-based energy think tank.

State legislators and Gov. Holcomb approved the bill with the explicit purpose of preserving the status quo for another year, pending recommendations from the recently-created 21st Century Energy Policy Task Force, slated for review by the legislature and the governor in 2021.

The bill will directly affect two aging coal plants, Kyger Creek  in Ohio and Clifty Creek in Indiana, which are owned by the Ohio Valley Electric Corporation (OVEC). The plants were built 65 years ago to provide power to the now-closed Portsmouth Uranium Enrichment Facility.

According to the IEEFA report, the plants are not needed for grid reliability and Indiana customers of I&M and Vectren could pay more than $128 million above market power costs to keep the two plants in service between 2020 and 2026. A longer bailout would be even more expensive.

The bill has been under fire as a thinly veiled attempt to bail out the Indiana coal industry and slow the transition away from coal-fired generation by the state’s electric utility sector. In particular, HB 1414 was criticized for imposing regulatory roadblocks on the retirement of inefficient and expensive coal-fired plants.

“The bill requires utilities to follow power-plant planning and operating practices that extend the use of coal and thereby increase significantly both utility costs and customer rates,” according to the report.

After sometimes acrimonious debate, HB 1414 narrowly passed the Indiana House, was watered down by the Senate and eventually signed into law by Gov. Eric Holcomb on March 21.

The bill has been criticized primarily for two reasons:

Market conditions, including low natural gas prices and increasing competition from declining cost renewable resources, will continue to undermine the viability of the plants for years to come.

“A more prudent use of state resources would be to retire the two plants, encourage development of renewable resources and provide fiscal support to local governments during a multi-year transition period, as well as support for workers who might be laid off in the process,” Schlissel said.