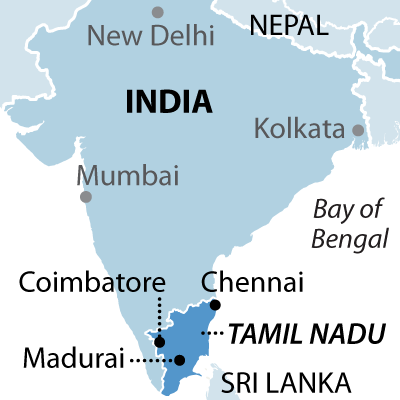 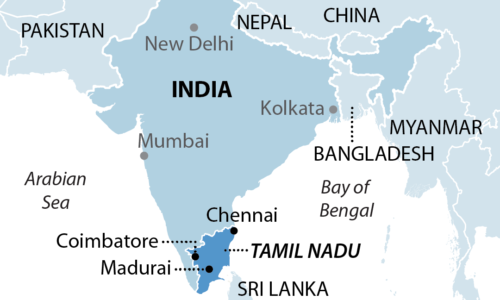 Feb. 7, 2018 (IEEFA) — New modelling by the Institute for Energy Economics and Financial Analysis (IEEFA) finds the Indian state of Tamil Nadu capable of doubling its wind energy capacity by 2027 and increasing its solar capacity six-fold.

In a report published this week—“Electricity Transformation in India: A Case Study of Tamil Nadu”—IEEFA sees Tamil Nadu wind-generation capacity reaching 15 gigawatts (GW) of capacity in less than 10 years and solar totaling 13.8 GW.

“The upshot is cheaper electricity for customers and a return to profitability for TANGEDCO (Tamil Nadu Generation and Distribution Corporation),” said Tim Buckley, IEEFA’s director of energy finance studies, Australasia, and lead author of the report.

“IEEFA bases its forecast on a clear tipping point achieved in 2017: new renewable investments are being underwritten at tariffs of Rs2.43-3.00/kilowatt-hour (kWh), below the average tariff paid to NTPC, India’s largely central government-owned power generator, for thermal power in 2016/17 of Rs3.20/kWh,” Buckley said.

The report finds that Tamil Nadu already operates the most diversified electricity generation fleet in India, with renewables representing 35% of installed capacity as of March 2017, nuclear 8%, and hydroelectricity 7%. Coal-fired power capacity represents 45% or 13.4 GW.

The report sounds a warning, however, on how Tamil Nadu is building 22,500 MW of expensive coal-fired power plants—almost double the entire existing coal-fired fleet in the state—in spite of the favorable investment advantages and lower tariff costs for wind and solar.

“Building more non-pithead coal-based plants at a time when existing plants are being used only 62% of the time as opposed to the optimal 80% makes no sense,” Buckley said. “This will be borne out in time with the cancellation of many new, costly coal-based plant proposals such as the 4,000 MW Cheyyur UMPP.”

The report concludes that Tamil Nadu would be better served by a more diversified electricity-generation mix, which is well within reach if certain sensible policy and investment programs are pursued aggressively.

“Such a program would allow Tamil Nadu’s power utility to turn profitable without undue impacts on consumers,” Buckley said. “Despite being a world leader in wind energy, Tamil Nadu’s wind farms have aging and outdated technology. Just upgrading or repowering existing turbines  could double the state’s wind-energy capacity.”

Additional detail from the report:

“Excessive debt, inefficient T&D, high priced power purchase agreements and underfunded agricultural sector subsidies have led to heavy, reoccurring losses for TANGEDCO,” Buckley said. “However, the rapid reduction in the cost of solar and wind (with renewable tariffs falling almost 50% since the start of 2016) offers an opportunity for power utilities to turn profitable”

“A relatively radical transformation of Tamil Nadu’s electricity sector is now the economically sensible strategic move. Tamil Nadu can leverage its already leading renewable energy base to drive new investment and employment opportunities in high-tech industries of the future. This would also accelerate new electricity exports inter-state generating a much needed, profitable revenue source for TANGEDCO.”

The Institute for Energy Economics and Financial Analysis (IEEFA) conducts research and analyses on financial and economic issues related to energy and the environment. The Institute’s mission is to accelerate the transition to a diverse, sustainable and profitable energy.