IEEFA: India needs to be ready to ride the energy storage wave 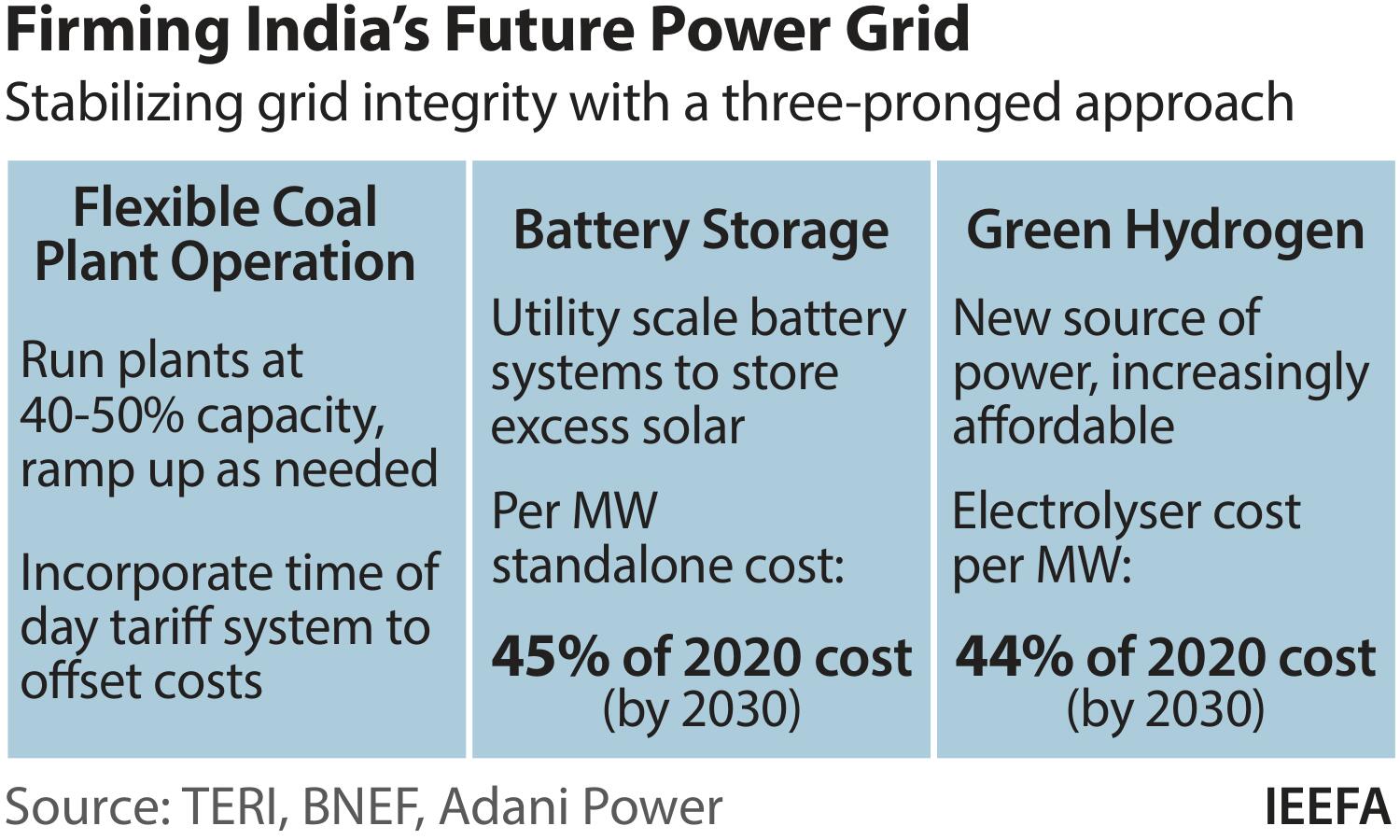 26 February 2021 (IEEFA India): Battery storage, green hydrogen and flexible coal-fired power generation can help India address its next big challenge of integrating large-scale variable renewable energy into the electricity grid over the next decade, according to a new report from the Institute for Energy Economics and Financial Analysis (IEEFA). The International Energy Agency (IEA) in its India Energy Outlook 2021 says India has the potential to become a world leader in battery storage, predicting that it could add 140-200 gigawatts (GW) of battery capacity by 2040 – the largest of any country and more than 100 times as much as the amount installed in the U.S. today.

The Central Electricity Authority (CEA) projects that solar and wind will form 51% of India’s total installed capacity, or 420GW, by 2030, with biomass and small hydro adding another 30GW, while the IEA’s India Energy Outlook 2021 says that India could add 900GW of renewable capacity by 2040.

Solar power is now the cheapest source of new Indian electricity capacity, and with record low tariffs of Rs1.99-2/kWh (US$~27/MWh) it is now below the marginal fuel cost of coal-fired power plants.

However, the report says coal is likely to remain an important source of Indian electricity generation for some time to come and proposes that flexing its generation to cater to the majority of grid variability requirements should be an important focus area.

“Flexible generation is characterised by the ability to rapidly ramp up and ramp down the generation, quickly start up and shut down and operate efficiently at lower generation levels” says Shah.

“Flexible coal-fired plants would require retrofitting, operational and regulatory amendments. This would incur capital costs as well as additional operational expenditure depending upon the size, age and combustion technology of the plant, but this could be rewarded with a higher time-of-day price.”

In the battery storage space, Shah says domestic and international developers as well as utilities are eyeing the very positive battery cost deflation trend but need to see a market signal in the form of time-of-day pricing to attract high initial capital investment into such assets.

The report also looks at the experiences of leaders in integrating large-scale renewables, such as Germany and the states of South Australia and California, in the context of the Indian electricity market.

“While the much-bigger Indian market benefits from its strongly connected national electricity grid, it has its own set of challenges and market structure dynamics in dealing with large-scale variable renewable energy,” says Shah. “But there are interesting lessons for India as renewable energy-rich states such as Rajasthan, Gujarat, Maharashtra, Karnataka and Tamil Nadu could see their shares of renewable generation increase to 50% by 2030 from the current levels of 10-30%.”

Though yet to be commercially deployed in India, green hydrogen, produced through water electrolysis using renewable energy, has a wide range of potential applications in transport, industrial production of ammonia, methanol, steel and electricity storage, and is an opportunity that India cannot afford to miss, says Shah.

According to The Energy and Resources Institute’s (TERI) recent analysis, the cost of alkaline electrolysers is projected to drop 56% from around Rs6.3crore/MW (US$0.86m/MW) today to around Rs2.8crore/MW (US$0.38m/MW) by 2030.

“Billions of dollars of capital commitments across the globe are building a critical mass in the green hydrogen space. So India will have the benefit of leveraging these learning-by-doing pilots that are underway in developed economies,” says Shah.

“India’s strategy should be to plan in advance and be prepared to ride the energy storage wave when it arrives.”