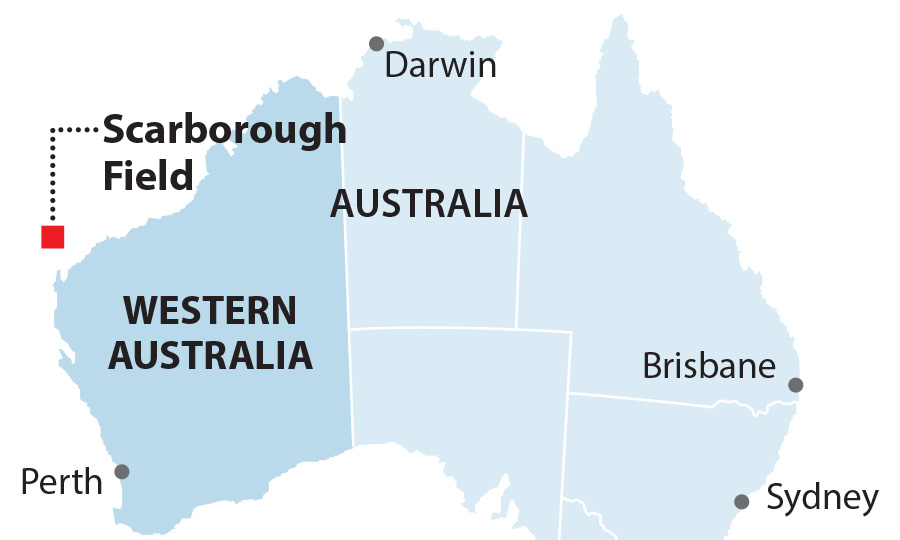 14 April 2021 (IEEFA Australia): Investors are in the dark about the financial implications of emissions from Woodside’s proposed Scarborough gas field in the offshore North West Shelf, Western Australia, as the company has yet to release its carbon price sensitivity modelling, finds a new report by the Institute for Energy Economics and Financial Analysis (IEEFA).

Author gas/LNG analyst Bruce Robertson says gas companies like Woodside must be pushed by ASX into disclosure of their modelling.

“Carbon tariffs are being introduced by the European Union in 2023 and the U.S. is looking at similar mechanisms.”

Carbon pricing is inevitable in Australia

The EU is planning a carbon border tax which would require global exporters to the EU – the world’s biggest trading bloc – to pay the tax or introduce their own carbon fees at home.

By revealing the cost of emissions, a carbon price favours investment in low-carbon technologies.

“Woodside knows this and would have modelled Scarborough under different carbon price assumptions,” says Robertson.

“Until that modelling is released, investors cannot fully appraise the financial implications of pushing ahead with the proposed high cost Scarborough gas field.

“Even without that modelling, Woodside’s Scarborough gas project is already high-cost.

“Low cost expansion projects in Qatar are bringing on gas at under half Scarborough’s costs.”

The Pluto expansion project utilising gas piped from Scarborough will produce very expensive LNG at over $9 per one thousand British thermal units (MMBtu) delivered to Asia, according to Wood Mackenzie.

Robertson says with Qatar Petroleum planning to significantly reduce greenhouse gas emissions from its LNG plants and upstream operations by 2025 and 2030, it is even more imperative the modelling that materially affects the financial future of Woodside is released.

The financial implications of Woodside’s emissions are unknown

“Qatar is a very low cost producer and can comfortably afford to employ greenhouse gas emission reductions while cutting the price of LNG.

“Meanwhile, the financial implications of Woodside’s emissions are unknown.

“This increasing competition from Qatar puts even greater pressure on the economics of the Scarborough gas field and Pluto LNG expansion.

“Woodside is keeping its investors in the dark regarding the financial effects of its greenhouse emissions. It should be compelled to publish its financial modelling.”

Read the report: There Are Two Elephants in the LNG Room – Emissions and Qatar Are Neglected Risk Factors in Woodside’s Scarborough Project