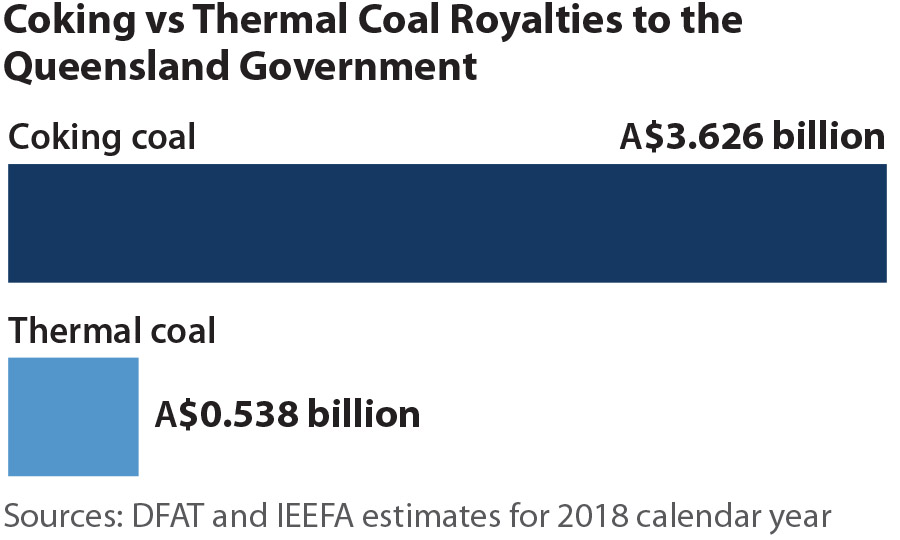 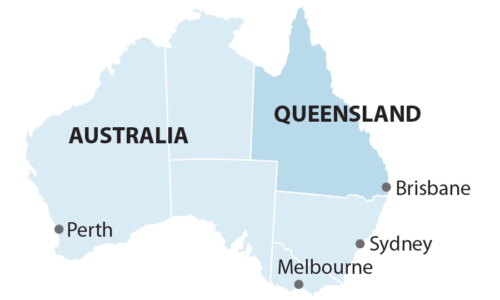 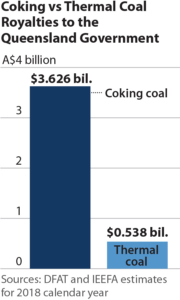 “Coking coal is valued by the market at three times as much per tonne as Queensland’s thermal coal, and boosted by the progressive royalty rates already in place, coking coal pays four times the royalties of thermal coal per tonne.”

IEEFA notes burning coal is still the number one cause of global warming, but renewable alternatives are fast replacing thermal coal, while technologies to replace coking coal are yet to be commercialised.

Coking coal is going to be around for decades yet, while thermal coal, which peaked back in 2014, is being progressively replaced by alternative technologies and is forecast for terminal decline by 2050.

“Simply, coking coal and thermal coal are like chalk and cheese, providing vastly different numbers of jobs, value and royalty returns to the people of Queensland,” says Mr Buckley.

“The people of Queensland need to know the truth when their government is being pressured to make a decision about approving Adani’s proposed high ash, low energy thermal coal mine for so little return to the State.

“In this carbon constrained world, instead of approving new thermal coal mines, the Queensland government needs to be strategic and manage the transition out of thermal coal.

“This buys time for the state to best leverage the strategic value and economic support of the coking coal sector even as Queensland pivots to 50% renewables by 2030.”

Two weeks ago, the Queensland government approved the Olive Downs 15Mtpa coking coal mine near Moranbah in Queensland’s Bowen Basin, with A$4bn of annual revenues. This mine leverages existing infrastructure and will provide jobs and royalties without any royalty holiday period.

In contrast, the proposed Adani Carmichael mine will dig up low energy, high ash thermal coal at one quarter of the royalties and provide annual revenues of some A$725m, a fifth of that created by Olive Downs.

“The Queensland government looks likely to approve a thermal coal mine which might employ 500 people ongoing, and following a decade of zero royalties, will only provide one quarter of the royalties per tonne relative to Queensland’s high value coking mines, and raises Queensland’s exposure to a low value product that is well past its peak and is now in slow, terminal decline,” says Mr Buckley.

“Exploiting the proposed Galilee Basin for thermal coal is a dud bet for Queenslanders.

“Far better to invest in strong, growing industries of the future to the sustainable benefit of regional Queensland.”

About IEEFA: The Institute for Energy Economics and Financial Analysis (IEEFA) conducts research and analyses on financial and economic issues related to energy and the environment.