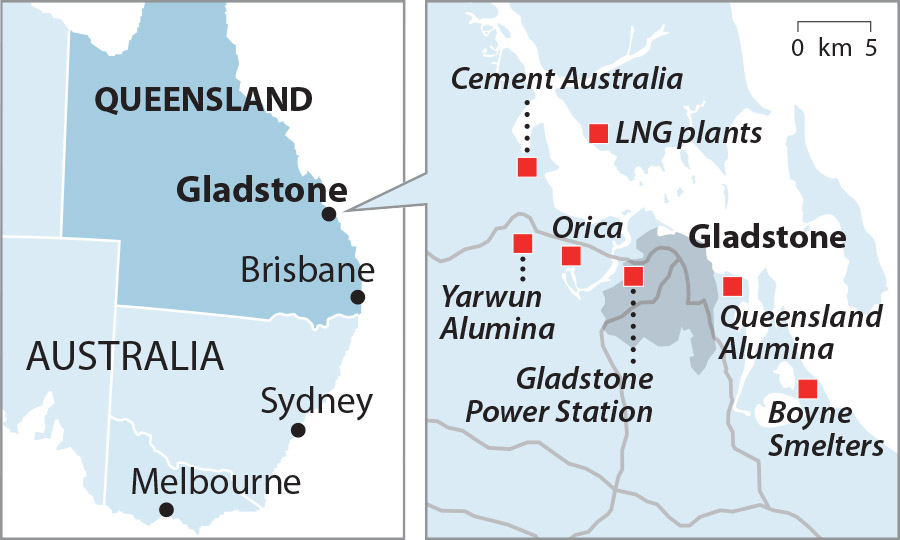 “With the aluminium sector failing, now is the time to reimagine Australian industry and to put it on a path to sustainability.”

The future of Australia’s aluminium sector is in jeopardy, with the cost of electricity a major obstacle to the industry’s global competitiveness (BSL is Queensland’s largest power consumer). Australia is also one of the world’s most emissions-intensive aluminium producers.

“Australia’s aluminium sector is particularly interesting right now because it is failing, with both smelter operators losing money and considering closure.

“This failure is linked to their enormous electricity demand which has historically been tied to Australia’s largely fossil fuel-based electricity generation.

“But instead of closing the smelters, the aluminium sector could move to low-cost, zero-emissions electricity and invest in plant upgrades to support demand response management, and profit from the long-term growth by value-adding in metals and industrial processing markets.”

Gladstone has four major hydrogen projects in the planning stages

Butler found that if electricity could be generated and delivered to Gladstone at A$40-50/megawatt hour (MWh) this would support increased export competitiveness and jobs growth, not just in aluminium but in all of Gladstone’s heavy industry sectors, including cement, and help establish a platform for a new green hydrogen industry.

“Gladstone has four major hydrogen projects in the planning stages and has a number of competitive advantages when it comes to developing a green hydrogen industry: World class solar energy, available land, a major export port and an established energy exports industry,” says Butler.

“It is also well located geographically to supply green hydrogen to potential hydrogen-importing countries such as China, Japan, South Korea and Singapore.”

THERE ARE A NUMBER OF STRONG REASONS FOR FOCUSING ON TRANSFORMING GLADSTONE NOW, says Butler.

“COVID-19 has focused attention on investment for recovery, and supply chain security is a key theme.

COVID-19 has focused attention on investment for recovery

“Also, the Queensland government will be establishing three renewable energy zones which creates an opportunity to repower the region’s key heavy industries at sustainably lower cost.

“Finally, aluminium is one of several foundational industries that could fail or prosper depending on electricity costs. Manufacturing has already taken a heavy blow from high electricity costs in Australia.”

Butler says the Gladstone plan could be a template for expansion across the aluminium sector, and is also applicable to Victoria and New South Wales.

“By focusing on large scale, low cost of capital, zero-emissions renewable infrastructure tied to significant energy users with long-term growth prospects in a low-carbon economy, there is a real chance to build momentum.”