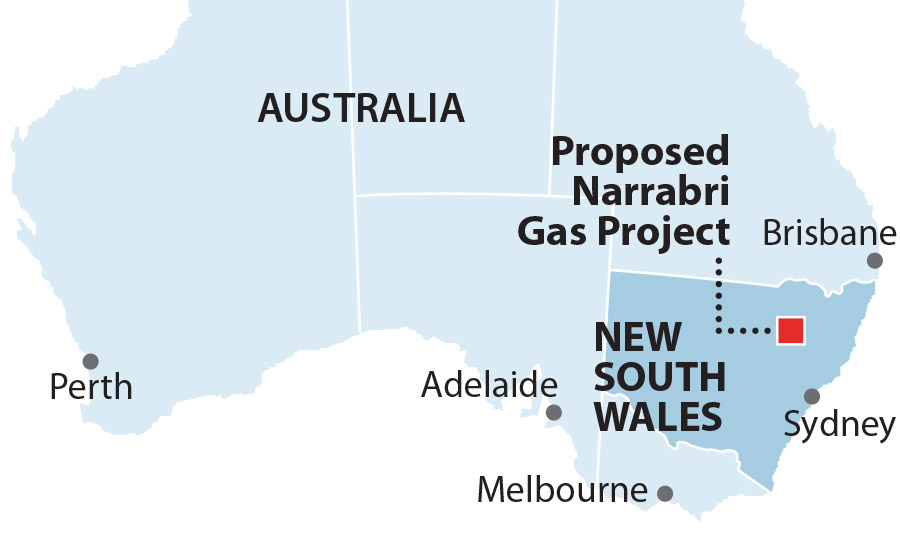 On any economic or ESG factor, the Commission must reject the Narrabri Gas proposal

29 September 2020 (IEEFA): Australian gas consumers will likely see higher, rather than lower gas prices if Santos’ Narrabri gas fields are approved due to the distance the gas must travel to reach consumers on infrastructure that will need to be built.

With the IPC due to publish a decision on Narrabri by 30 September 2020, Robertson says Santos cannot supply gas to Sydney and make a profit from the proposed Narrabri gas fields.

“Even the gas industry is saying they can’t deliver gas at the government’s desired $4 a gigajoule, which is the only way gas, and therefore electricity prices will drop,” says Robertson.

“Narrabri gas will be high cost gas to produce at $8.50 a gigajoule, meaning gas consumers are likely to see higher, not lower gas prices if the fields are approved.

Robertson argues that Narrabri gas will cost $6.40 a gigajoule at the well head plus $2.10 a gigajoule for transmission to Sydney.

“Consumers will be paying for new pipelines in addition to the cost of production at the fields,” says Robertson.

“This deal is a financial red flag, to both electricity consumers and taxpayers who will wear the cost of expensive gas infrastructure investment under the Federal government’s planned subsidies to the industry.

“The gas industry has been suffering write-down after write-down, even before the pandemic hit. They are sinking hand over fist yet the government is intent on throwing public money to an industry that itself says it can’t deliver cheap gas to Australian consumers.”

“While we pay even more for gas, which forces up the cost of electricity, the government subsidised gas companies will continue to export our lower cost sources of gas.

“Australia has plenty of gas to supply its own needs, but gas companies have been sending this overseas since 2014, and since then we have suffered massive increases in our gas and electricity bills, creating hardship for lower income homeowners and reducing gas demand by 14% for manufacturers because it has been too expensive to operate, with many shutting up shop.

“The economics of the gas industry is broken, and opening Narrabri will mean again, the Australian consumer, manufacturer and taxpayer will wear the cost.

“The government needs to enact a domestic gas reservation to ensure low prices and surety of supply for domestic consumers.”