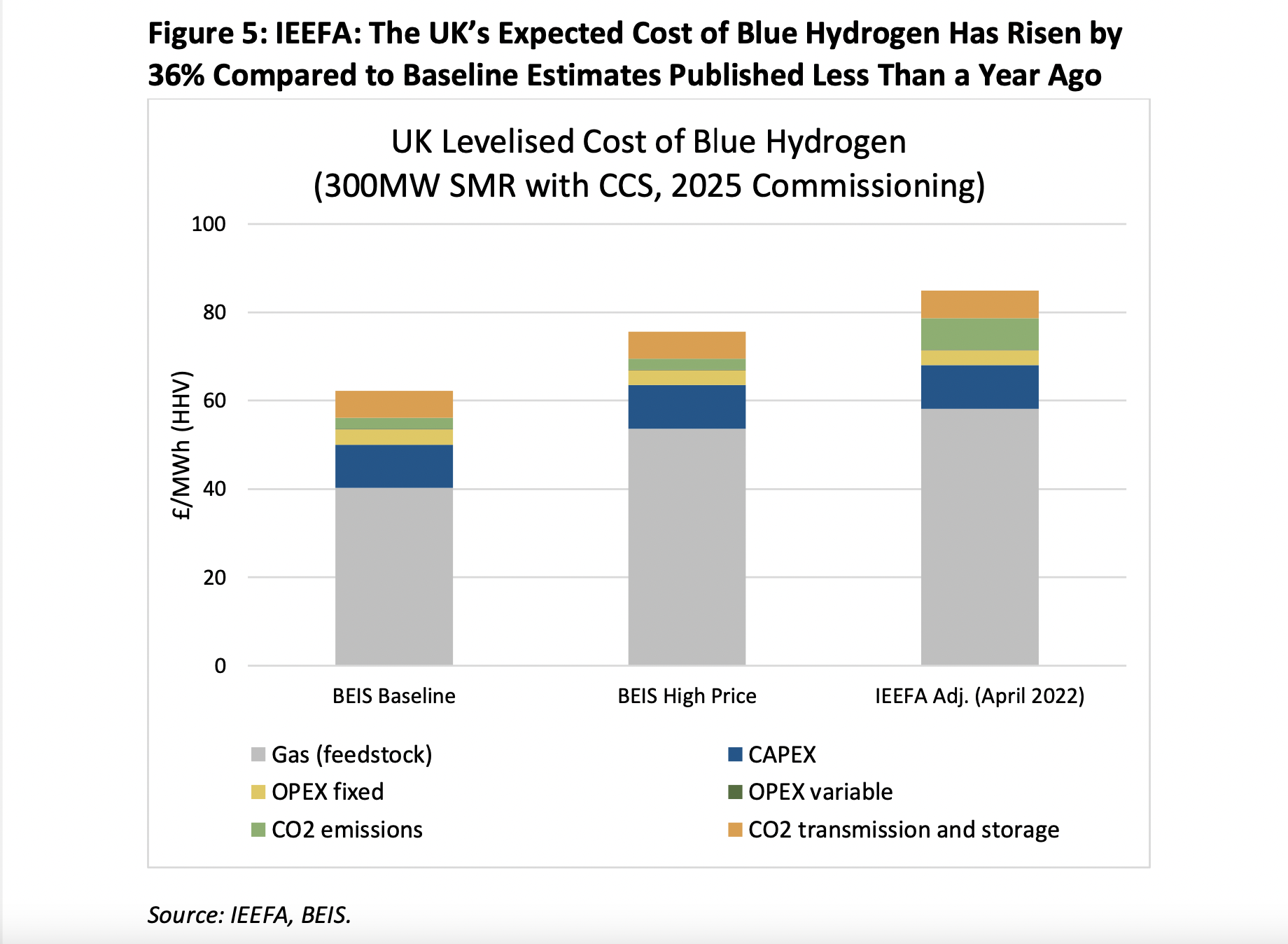 May 24, 2022 (IEEFA Europe)—Blue hydrogen is not a low-cost solution in the ongoing gas price crisis, with the projected cost of production now 36% higher than the UK Government estimated in 2021, a new report by the Institute for Energy Economics and Financial Analysis (IEEFA) finds.

The report highlights that continued investment in blue hydrogen would deepen the country’s vulnerability to gas price volatility and supply uncertainty, at a time when Europe is scrambling to reduce its dependence on gas.

“Europe is facing three challenges, namely reducing gas price, offering a secure supply of energy, and continuing with its energy transition goals,” said Ana Maria Jaller-Makarewicz, an IEEFA energy analyst and co-author of the report. “There is only one way to meet all of them: Reduce gas demand. Investing in blue hydrogen production would do quite the opposite.”

“Looking ahead to 2030, the cost curve speaks clear,” said Arjun Flora, IEEFA director of energy finance studies, Europe. “Since both the price of gas and UK emissions allowances have risen, not only is blue hydrogen no longer a low-cost technology, but its green rival will become cheaper to produce this decade and well before the end of blue hydrogen projects’ lifetimes – which makes blue hydrogen a bad investment.”

The study calls into question continued support for blue hydrogen, as set out in the UK’s recently announced British Energy Security Strategy, which calls for up to 10 GW of low carbon hydrogen by 2030, of which up to 5 GW could be blue hydrogen.

“The gas price crisis has invalidated the business case for blue hydrogen, which is an extension of the gas value chain,” said Jaller-Makarewicz. “Investors willing to back these projects risk ending up with long-lived assets on their balance sheets that just don’t make sense.”