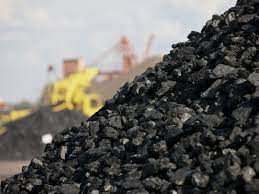 8 August 2020 (IEEFA Australia): Another global investor, the UK’s biggest public pension fund NEST, has withdrawn funds from BHP this week because the company is profiting “from digging coal”.

This follows BHP being put on a watch list by the Norwegian Sovereign Wealth Fund as a firm not adopting business strategies aligned with the Paris Agreement.

Pressured by investors to commit to global decarbonisation, BHP has put its last two loss-making Australian and Columbian thermal coal operations up for sale at a time when buyers are wary and global financial institutions are increasingly refusing to fund thermal coal.

Both Adani Australia and Yancoal made offers well below expectation for BHP’s Mt Arthur mine in Australia, signalling a dramatic change in market expectations and the realisation of stranded asset risk in the coal sector, and growing rehabilitation liabilities.

Tim Buckley, director of energy finance studies at the Institute for Energy Economics and Financial Analysis (IEEFA) and author of a new report: Divestment vs Sterilisation: What to Do With BHP’s Stranded Coal Assets, says the deterioration of the thermal coal market coupled with increasing stranded asset and climate risk has put BHP into a tight spot.

“Investor pressure of leading companies to align with the Paris Agreement has encouraged BHP to put its last two thermal coal assets on the market, yet buyers are coming in under expectations,” says Buckley.

“BHP IS IN THE UNFORTUNATE POSITION OF AGAIN BEING STRUCK WITH ASSET WRITE-DOWNS.

“Reading the rapidly deteriorating fundamentals of the gas market, BHP sold its U.S. shale gas for US$10.6bn in July 2018, taking an asset write-off of US$2.94bn in the process.

“Although it signalled a consideration of exit from the declining coal sector in 2018, BHP failed to divest its thermal coal mining operations quick enough.

“Any buyer of its thermal coal assets would be well aware of previous optimistic valuations suggesting a price tag could reach over $2bn just for Mt Arthur just 2-3 years ago.

“Today, the market could be well under $1bn, even if a strategic buyer with a strong balance sheet can be located. Net of a sinking fund for rehabilitation costs, this figure could be halved.”

Buckley says coupled with the massive but necessary cost of mine rehabilitation due at each mine’s end of life, BHP faces a choice between retaining, selling or spinning-off the mines.

“Retaining the loss-making businesses as best they can to keep the mines efficient and safe and to fund the cash costs of massive rehabilitation effort ahead is one option,” says Buckley.

“ANOTHER OPTION IS FOR BHP TO SELL TO ADANI, making room for Adani to cease its near-decade long delayed Carmichael thermal coal mine debacle in the Galilee Basin in Queensland.”

BHP faces a choice between retaining, selling or spinning-off the mines.

Adani’s proposed Carmichael mine has been described as a ‘climate bomb’ due to the massive level of carbon emissions that will be released if the Galilee Basin is opened to mining. Adani’s proposal is also heavily reliant on government subsidies, absent these, it is entirely unbankable and unviable before even first coal is shipped.

“Selling doesn’t deal with the underlying problem of global investor pressure on fossil fuel companies to reduce carbon emissions in line with the Paris Agreement, but it would be better that Adani secure coal supply for isolated coastal power plants in India by buying an existing mine than building out an entirely new, low quality coal basin in the remote Galilee Basin,” says Buckley.

“A common theme in the fossil fuel divestment strategies we’ve examined is that each has involved strategic and/or financial errors of judgement resulting in massive hundreds of millions or billions of dollars of capital write-offs. BHP could well face the same outcome.

“AN ALTERNATIVE AND CLIMATE SENSITIVE SOLUTION WOULD BE FOR BHP TO RETAIN A CONTROLLING MINORITY STAKE in a listed spin-off of Mt Arthur and Cerrejón combined, with an investment sinking fund established and funded, with top-up contributions from ongoing operations to address the massive rehabilitation task ahead.

“Implementing this strategy, with an aligned, fit-for-purpose corporate governance structure, could set a globally important precedent for the best way to address stranded assets in the fossil fuel industry as decarbonisation accelerates.”

BHP needs to factor into acknowledging and funding mine rehabilitation costs

Buckley says BHP must minimise the likelihood that investors – and public taxpayers – will cop the rehabilitation bill for its stranded coal mine assets, a cost likely to reach into the billions across both mines over the next few decades.

“BHP needs to factor into acknowledging and funding mine rehabilitation costs into whichever strategy they choose to reduce the economic and environmental pain for all stakeholders.”

“With the seaborne thermal coal industry entering a terminal decline, having likely peaked back in 2013, BHP needs to act to effectively manage its stranded assets – and its reputation.”

“If coal prices stay weak and operating losses continue or deteriorate further, the market will struggle to see any value in BHP’s stranded assets, particularly net of the cash costs of funding rehabilitation provisions.”

Read the report: Divestment vs Sterilisation: What to Do With BHP’s Stranded Coal Assets