Another Utility Bailout Is in the Works in Ohio 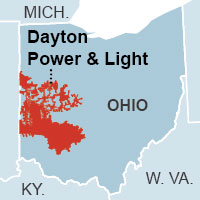 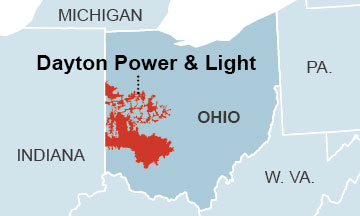 Dayton Power & Light has decided to follow in the shameless footsteps of FirstEnergy and American Electric Power as it seeks a ratepayer bailout for its coal-fired generation in Ohio.

DP&L is pushing the Public Utilities Commission of Ohio to approve a 10-year power purchase agreement under which DP&L Ohio customers would pay for the costs of 2,181 megawatts of coal-fired electricity generation owned by the company’s unregulated generation company. Under the proposal, DP&L ratepayers would foot ongoing operating costs of the plants as well as the fixed costs of the plants in question and a pay a 10.7 percent return on equity to DP&L.

DP&L’s play comes perhaps as no surprise. Low wholesale market prices, driven by low natural gas prices, stagnating electricity demand and the increasing availability renewable energy, mean that plants in deregulated markets are struggling to remain financially viable. As acknowledged by DP&L itself in its PUCO filing, “in the near term … the [coal] generating units will have difficulty generating positive cash flow.”

FirstEnergy and American Electric Power have gained notoriety in recent months for  proposing similar, eight-year power purchase agreements through which their ratepayers would cover the costs of their struggling unregulated power plants in Ohio.

DP&L is making essentially the same argument that AEP and FirstEnergy have made: that their coal-fired plants are at risk of closing in the near term, but that over the long term, the bailout they want will result in a net benefit to ratepayers. DP&L says that benefit will be worth $455 million. In both the AEP and FirstEnergy cases, however, similar claims of ratepayer benefit have been strongly challenged by ratepayer advocates and industrial customers, who have documented how the utilities have grossly overstated benefits to ratepayers and have concluded that it is unlikely that ratepayers will ever see any benefit from the deals. (We’ve weighed in with our research here at IEEFA: “FirstEnergy’s Scheme to Protect Aging Power Plants in Ohio Will Cost Ratepayers $4 Billion”)

Our conclusion is that FirstEnergy and AEP have provided unrealistic, inflated forecasts of wholesale market prices, under which they say their aging coal-fired plants will start generating benefits for ratepayers in a few years. all of DP&L’s forecasts of future energy market prices, which underlie its assertion that its bailout will benefit ratepayers, are confidential—but it seems reasonable to assume they’re not much different from the others.

DP&L’s scheme is shaping up to be just as controversial as AEP’s and FirstEnergy’s. Dynegy, the Ohio Manufacturers’ Association, PJM Market Monitor and other companies and organizations that opposed the proposed FirstEnergy and AEP bailouts have filed to intervene in DP&L’s case.