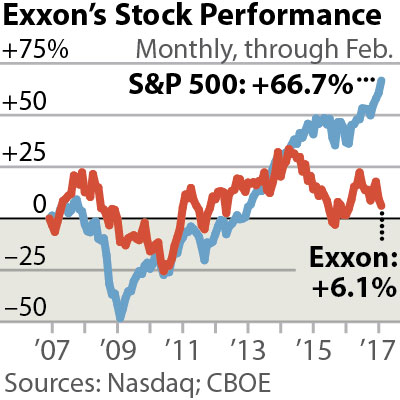 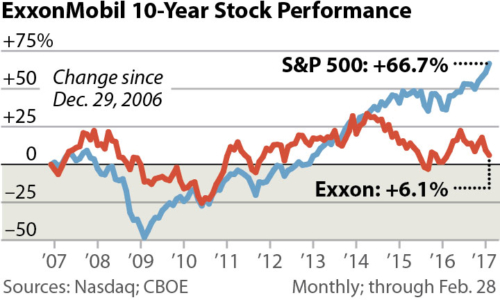 ExxonMobil’s deteriorating financial condition is on full view today after its stock opened at a 52-week low on news of lower oil prices.

Investors, it’s safe to say, have met the company’s recent announcement of new capital investment with skepticism. ExxonMobil’s stock has now fallen by 15 percent just since this past December, a period in which the broader stock market has set record highs.

ExxonMobil sought a Pennsylvania Avenue Good Housekeeping seal of approval because its new recovery plan under CEO Darren Woods cannot stand alone on the merits. It amounts to a bush league attempt at directing investor attention away from the fundamentals that drive prudent decision-making.

Exxon is not a good buy, regardless of what the White House says and regardless of the fact that  its recent former CEO, Rex Tillerson, is secretary of state.

Exxon’s financial troubles are well known. The company recently acknowledged its distress in writing off 20 percent of of its enterprise-wide oil investments.

When Exxon did that and then turned around and announced new oil and gas and petrochemical investments, even the normally supportive business press and stock analysts covering the company expressed doubt.

Using the White House blog as an echo chamber for Exxon cheerleading may work with some investors—but it shouldn’t. The company’s financials are where the truth lies. 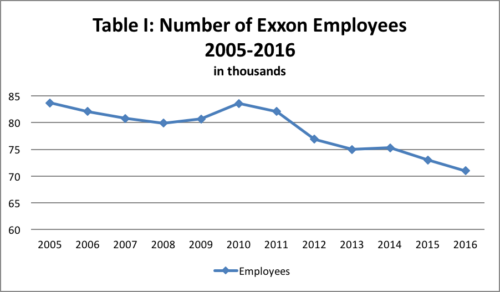 Of course we don’t know what, if or how much lower payrolls will drop, but the trend is clearly down.

Today’s stock price drop comes on the heels of yet another dip in oil prices. Ironically, the immediate cause of the price drop is a continuation of aggressive production by U.S. producers. ExxonMobil’s new investments are likely to add to this oversupplied market in both oil and natural gas. Low prices will continue to impair ExxonMobil and other oil company revenue positions and solvency.

Investors should be demanding a heightened test of accountability and better internal controls by the board and staff of Exxon before it cuts loose with another blind investment scheme. The company’s track record over the past 10 years has been horrific, and there’s no evidence that it will improve.