What is the state of virtual power plants in Australia? From thin margins to a future of VPP-tailers | IEEFA Skip to main content

What is the state of virtual power plants in Australia? From thin margins to a future of VPP-tailers

VPPs have been lauded as a major part of the future energy mix in the Australian National Electricity Market (NEM), however his potential is some way from being realised.

Despite the apparently thin margins on residential VPPs, there are currently about 20 commercially-available VPP products in the National Electricity Market.

A number of future revenue streams are on the horizon.

A Virtual Power Plant (VPP) is the aggregation of supply and/or demand response from Distributed Energy Resources (DER) such as batteries and smart appliances to participate in one or more markets.

Virtual power plants' current margins for operators are expected to be thin.

VPPs have been lauded as a major part of the future energy mix in the Australian National Electricity Market (NEM). When the Australian Energy Market Operator (AEMO) announced its VPP demonstrations project in 2019, AEMO predicted there could be 700MW of VPPs by 2022.

This potential is some way from being realised. By the end of the AEMO VPP demonstrations in 2021, there was just 31MW enrolled, constituting a 3% market share of contingency Frequency Control and Ancillary Services (FCAS, 28MW of this in South Australia). We estimate the total household VPP fleet in the NEM is perhaps 300MW currently (Origin states it has 205MW from over 100,000 connected services, the remainder is an estimate of the sum of other aggregators).

The VPP trials discussed in this report show that aggregated DER can provide generation, demand response, contingency FCAS and, in some circumstances, network services. At present there is not large dependable revenue for customers or VPP providers, while development costs can be significant, especially for start-ups. There are major costs in the creation of software aggregation platforms, and any associated hardware to aggregate the DER, work out whether to use the capacity behind-the-meter (BTM) or which markets to export to when, and then implementing that. As a result, the current margins for VPP operators would be expected to be thin.

As a rough benchmark, the average household bill saving from VPP participation, that is unlimited aggregator access to a battery, is of the order of $200/year, far less than the savings from this battery storing BTM solar generation. The report details the range of VPP offers for customers, which vary substantially, from “no bills” guarantees to higher feed-in tariffs.

Despite the apparently thin margins on residential VPPs, there are currently about 20 commercially-available VPP products in the NEM. From our review of the commercial VPPs, we have identified four types of residential VPP business model that have emerged so far and these are detailed in the report.

These business models are nascent and will evolve as the economics of VPPs change. As VPP fleets grow, the marginal cost of participating in any market should fall (once the sunk costs of original software platform development have been paid off) and so aggregated DER should be able to compete, especially with gas generators, to provide peaking capacity or FCAS. It is important to note that of course the establishment costs of any VPP are relatively small compared with large-scale generation and transmission. VPPs have the potential to provide fast, cheap decarbonisation, especially if governments can support electric vehicle (EV), uptake with managed charging.

A number of future revenue streams are on the horizon, including a new Fast Frequency Response FCAS service, the possibility of VPPs providing regulation FCAS, household VPPs participating in the Wholesale Demand Response mechanism, market or procurement arrangements for Minimum System Load and greater provision of distribution network services.

The greatest potential – and the reason we believe that so many retailers are moving to sell VPP products – is that larger batteries, especially in the form of EVs, will unlock much greater BTM capacity. EV batteries are currently six to ten times larger than standard household batteries and will be able to store abundant rooftop solar, making it available at any time. Stationary household batteries, often full by 11am, are greatly limited in their capacity to load shift the “solar peak”. Larger batteries and larger solar systems will enable increased profits from VPPs. Energy efficiency and home energy management systems that reduce household load could further enhance the margins of VPPs.

VPP aggregator/retailer margins, currently thin, will get fatter as BTM capacity increases and if other markets open up to aggregated DER. Also, as thermal plants retire, this will create opportunities for greater VPP supply into FCAS markets. All this will increase VPP profitability and hopefully, proportionally, the value of VPP participation for households and businesses.

Retailers without VPP capabilities will struggle to be profitable into the future.

We would go far as to suggest that in future, retailers without VPP capabilities will struggle to be profitable. Income from sales from the grid will continue to fall. At the same time, the volume of exports from DER will increase, creating opportunities for DER aggregators able to harness this fleet for wholesale and FCAS market participation. Along the way there will be commercial opportunities in selling solar, batteries and Evs and financing these purchases.

The other massive, largely untapped opportunity is for commercial and industrial (C&I) VPPs, drawing on the growing fleet of rooftop solar, battery storage and energy management systems atop and within factories, offices and warehouses. There is a difference between load profiles of a lot of C&I, which is primarily daytime load (e.g., for office buildings). However, retail businesses such as supermarkets have profiles similar to residential loads. For C&I customers, there is the added financial incentive to use demand management and batteries to reduce network demand tariffs and, if aggregated, the opportunity to participate in the wholesale demand response mechanism. In addition, there’s the potential for fleet EV charging from rooftop solar at C&I sites. If a C&I solar system is large enough to charge an onsite battery during the day, it could participate in a VPP, especially to meet evening peaks, even more so in winter where demand is continuing to be high.

So far only EnelX is in this space with a 350MW C&I VPP, of which 250MW is participating in the FCAS markets, largely based upon demand response and batteries, rather than the combination of rooftop solar and batteries. EnelX, the first VPP to enter the FCAS market, today has control of 90% of aggregated C&I DR resources in FCAS. However, it is certain additional C&I VPPs will emerge, with at least two companies (New Energy Ventures and GridCognition) already established to provide modelling and advice to property developers and others about the financial viabilities of solar+storage and VPPs.

Whereas previously the largest retailers owned large generators, with profitability tied to “gentailing”, we see the future of retail as requiring “VPP-tailing”. Inevitably at least two-thirds of Australian households will purchase rooftop solar and either a stationary battery or an EV (or two) or both. That will mean that most of the supply to these households will be BTM and that they will have excess capacity available to sell directly and via a battery to the rest of the grid. Unless a retailer has a relationship with households that enables access to these BTM resources, they will be left with only a small proportion of households to retail to, as well as no access to DER – which in the Australian Energy Market Operator’s (AEMO’s) step change scenario could be three-quarters of all dispatchable capacity by 2050. We suggest that these trends and customer retention are the reasons for residential VPP offers emerging despite their limited profitability. Smart retailers, aggregators and others see the opportunities and are setting up systems and business models that will evolve and expand in future.

On 9 March, after the report was drafted, Origin announced plans to expand its 205MW VPP to 2,000MW within four years from batteries, solar, demand response and EV chargers, supporting the argument put forward here that the future of retail is tied to aggregated DER. For one of Australia’s largest energy companies, the upfront capital costs of developing a VPP are “very low or even zero” in comparison with new supply from large-scale wind, solar and storage. And VPPs provide flexible supply.

Origin’s presentation stated that its in-house VPP “creates lower churn, deeper engagement and seeks to fulfill customers’ expectations for lower costs, decarbonisation and energy autonomy”. Origin clearly understands the value of DER and that the future is in offering the combination of rooftop solar, batteries, managed EV charging and being a VPP-tailer for residential and commercial customers alike. 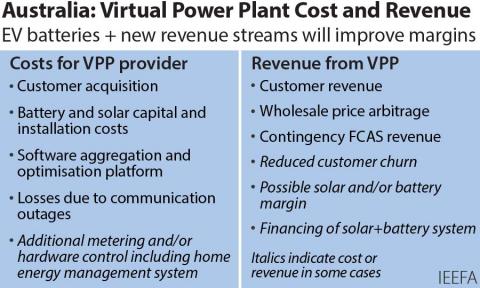 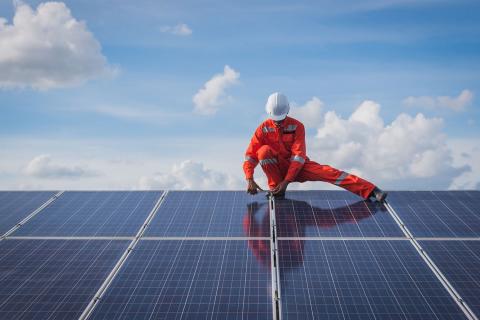 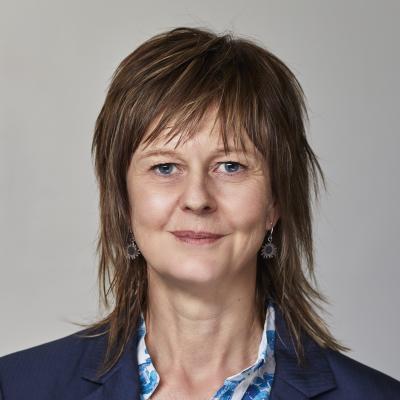