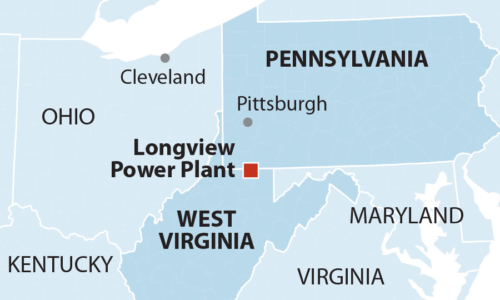 This week’s Chapter 11 bankruptcy filing by Longview Power offers a harsh glimpse into the increasingly dire state of the U.S. coal sector.

The company’s principal asset is the nine-year-old, 700-megawatt Longview Power Plant in the heart of Appalachian coal country near Morgantown, W.Va., which has much more going for it than most coal-fired plants in the U.S., many of which are far older, less efficient, and pay more to get their coal delivered.

None of that has kept the company solvent as it files for bankruptcy for the second time in a decade, showing just how fragile the country’s coal-fired generation sector is. This is especially the case among merchant generating companies that must sell their power into competitive markets, and, unlike regulated utilities, cannot use captive electric ratepayers to support money-losing coal plants.

RECENT ELECTRICITY-SECTOR DATA HIGHLIGHTS THE PERILOUS CONDITION OF COAL. Over the first three months of the year, U.S. coal-fired power has been so uncompetitive that most utilities have slashed its use to the lowest levels in decades, as measured by market share of electricity generation: Just 19.9% in January, 18.5% in February, and 17.1% in March.

In the region surrounding the Longview plant, coal is in the midst of an existential crisis brought on by low gas prices, the result of a production boom from oil and gas drillers using fracking to tap into the Marcellus and Utica shale formations. Cheap gas, combined with falling power demand as the economy has slowed due to the COVID-19 pandemic, has led to a steep decline in power prices in the PJM Interconnection market, approaching $15/megawatt-hour (MWh) this month, down from over $28/MWh last year at this time, according to S&P Global Platts Analytics. The PJM market serves a good portion of the industrial heartland from New Jersey, Pennsylvania and Ohio to Chicago, and south into Virginia and North Carolina.

For utilities with a mix of coal- and gas-fired generation, it makes sense in the current environment to run gas plants as much as possible to take advantage of low fuel prices, while sharply cutting back on more expensive coal generation. This reduces coal plants’ competitiveness over the long-term, as the plants tend to have relatively high fixed operating costs, and running them less often requires a higher power price in order to break even.

The Longview plant was supposed to offer a superior operating model. In 2012, Longview Power estimated that the plant was 18% more efficient than the average coal plant in PJM, and the company in its bankruptcy announcement says Longview remains “the most efficient and lowest cost coal-fired power plant in PJM.”

Its efficiency and young age allows it to run nearly all the time, spreading its fixed costs over many more hours of generation—just the opposite of other coal-fired plants—and making it more competitive. From 2016 through 2019, the plant has averaged an 83% capacity factor, among the highest for coal plants anywhere in the country, and it ran at close to 100% for many of those months.

Financially, then, this plant should be in good shape. But it isn’t, sending a clear signal that coal-fired power is simply no longer competitive in U.S. electric markets.

THE HISTORY OF THE $2 BILLION PLANT, AND THE FUTURE AMBITIONS OF LONGVIEW AS A COMPANY, EXEMPLIFY some of the central questions around the ongoing transition in the power-generation sector. Longview’s big gamble on coal-fired power just a decade ago led to its previous Chapter 11 filing in 2013—just two years after the plant went online—when it cited ongoing design, construction, equipment defects and failures, and other operational issues, resulting in a court-supervised restructuring of about $1 billion in debt. By 2015, though, the company had sorted these problems out, and seemed well-positioned for future success.

Instead, rapid changes in the power sector, largely from the shale-gas boom, have sent it into bankruptcy again.

Now Longview may very well be going down another dead-end path as it pursues permits for construction of a 1,200-megawatt gas-fired plant, also near Morgantown. A decade from now, the company is likely to find that the power market has continued to shift: there may already be more gas-fired plants than can be economically supported, and the growth of renewables and battery storage may bring even more price competition in the future.

Yet the company may also be taking an important step in a better long-term direction, by building a 70-MW utility-scale solar farm on the nearby Pennsylvania/West Virginia state line.

It is this investment in the new energy economy—and at $76 million, a fraction of the cost of either the coal or gas plant—that seems far better aligned with long-term market forces that will be reshaping the electricity-generation business for years to come.