Prime minister Anthony Albanese has commenced a reset of Australia’s international climate action commitments, formalising its commitment to a stronger 2030 reduction target in his first address to a major international forum.

Just a day after being sworn in, Albanese is in Tokyo for the ‘Quad’ meeting with the leaders of Japan, India and the United States to discuss collaboration between the four regional powers and how they can rebuild relationships across the Pacific region.

Albanese used his opening address to formally commit Australia to the stronger 2030 emissions reduction target that Labor had taken to the election, saying that delivering climate action was a key diplomatic challenge in the Indo-Pacific region.

“The region is looking to us to work with them and to lead by example. That’s why my government will take ambitious action on climate change and increase our support to partners in the region as they work to address it, including with new finance,” Albanese told the meeting.

“We will act in recognition that climate change is the main economic and security challenge for the island countries of the Pacific. Under my government, Australia will set a new target to reduce emissions by 43 per cent by 2030, putting us on track for net zero by 2050.” 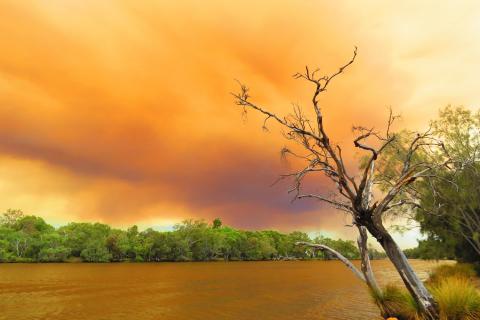